America lost the millennials: How a generation was left behind and taken for granted

Anyone shocked that younger adults didn't vote in large numbers needs to get a grip. Here's the underlying crisis 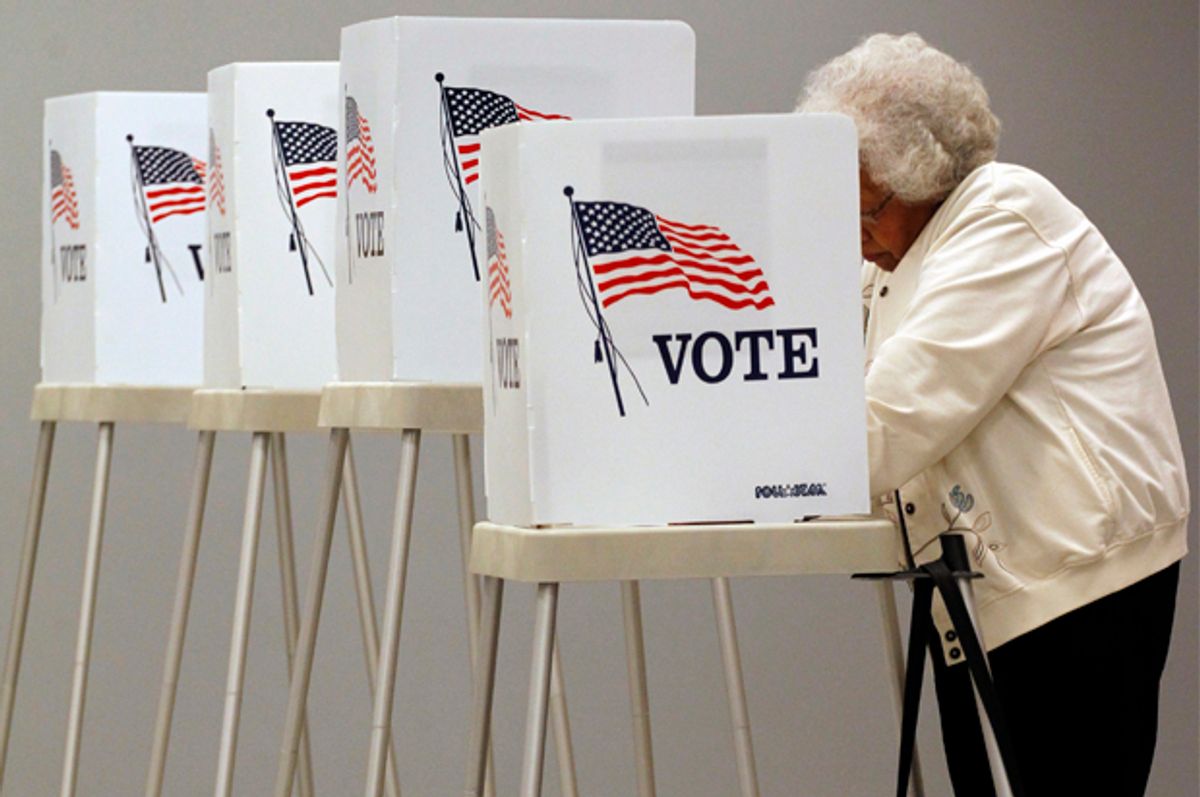 This midterm election had terribly low participation rates among young people: only 12 percent of those who voted were under the age of 30, the same low rate as in the two previous midterms. Following an election where Democratic candidates needed all the help they could get, this figure has gotten a lot of attention in our press, with some sympathetic voices attempting to let millennials off the hook, blaming voter ID laws for depressing turnout among college kids.

While I don't doubt that new voter ID laws contributed to this trend, it's more than a little naive to dismiss this generation's abominably low turnout rate as solely structural. And if something else is going on here -- if millennials stayed home because they're unmotivated by the Democrats' message -- party operatives should be plenty worried when looking to 2016 and beyond.

I understand the impulse to blame millennials for not coming out to vote. Noble soldiers die in foreign lands to protect our sacred right! Our ancestors, women and people of color fought hard for their franchise! Citizens in the Third World regularly vote despite violence and intimidation! If young people in this country can't be bothered, surely it's evidence of our fecklessness and triviality! (Never mind that voter participation is steadily falling in off-year elections among all demographics, as our society's deeply justified hatred of politics and politicians only grows.)

For those of us who follow "millennial issues," this generation's low turnout hardly came as a surprise. Last April, the Harvard Institute of Politics found something surprising while talking with young voters: considerably more young Republicans expected to vote than Democrats. Armed with this troubling data, Democratic candidates had months to adapt their messaging and court our votes. What happened? Universally, Democratic candidates didn't bother to address the (very real, very serious) problems that are on the minds of many millennials: the racist and costly drug war, ballooning student loan debt, long-term unemployment, flat wages at shitty retail and restaurant jobs, and an imperiled climate. Democratic strategists seemed to assume that running as the Not-Republican Party would carry them to victory among young voters. Perhaps they were just too comfortable, believing that, since millennials would never vote for Republicans, those votes were secure. The election firmly behind us, we all know how well that turned out.

If Democratic strategists thought they could simply ignore the needs of millennial voters because we find Republican politicians to be noxious, hopefully this election taught them a lesson they won't soon forget. People who need jobs, a pay raise, or just some debt relief are unlikely to put partisan loyalty over more immediate needs. Personally, I'd vote for Rand Paul for president faster than you can say "libertarian wacko" if I thought he would actually end the drug war, slash corporate welfare and plow the savings into student loan debt relief or a robust infrastructure bill. If someone like myself -- a pajama-festooned, latte-sipping, liberal hipster who writes for Salon, fer chrissake -- is willing to ignore party preference in favor of actual legislative gains, I can only assume that less ideologically committed millennials are even more willing to vote Republican for the right candidate or platform.

Democrats are far too committed to being a centrist, business-friendly party that eschews economic populism at every turn. Hating your opponent might be a motivating impulse for some voters, but there's already a party that believes in nothing beyond the destruction of its ideological enemies. Where's the party for the rest of us, a generation who've come of age under the heavy thumb of neoliberal maximalism? Where's the party that promises to fight back with unapologetically progressive politics? My suspicion is that the growing segment of disengaged millennials are looking for left-leaning candidates willing to shed the yolk of Clinton-era conformity and compromise -- and they're not finding it. (Help us, Elizabeth Warren, you're our only hope!) Indeed, a simple examination of the exit polling seems to confirm this interpretation. Democrats lost millennials this cycle (as they did in 2012 compared with '08), but it's not like the Republican Party made any comparable gains among young voters that would suggest we're moving rightward. Young people may be abandoning the Democrats, but it's not because they're rushing to endorse the public policy platform of Reince Priebus. (Thankfully.)

Maybe in this cycle, it was understandable that the Democratic Party tried to be cautious, shying away from Obama and his legacy in the hopes that they could play it safe: wait for wacko Republicans to implode, and then eke out a few key victories to keep the Senate until the next presidential election, with its more-favorable fundamentals. But now they've lost, and the play-it-safe gambit revealed some troubling fundamentals that the party must now confront. Obama's storied grass-roots infrastructure couldn't motivate millennials (myself included) to head to the ballots and cast protest votes against objectionable Republicans. As a preternaturally talented public speaker who embodied many of the values that appeal to young voters, Obama's name at the top of the ticket gave Democrats an enormous advantage in '08 and '12, but the Democrat's grass-roots advantages were rendered wholly ineffective when the party trotted out a collection of weak candidates unwilling to embrace the ideas that candidate Obama espoused. Could they have won the Senate if they'd veered leftward? Probably not. (Fundamentals are fundamentals, after all.) But it's hard to imagine they could have done much worse.

The elephant (donkey?) in this room, of course, is Hillary Clinton, whose presumptive coronation as the Democratic candidate in 2016 makes tons of sense if you're a cynical political operative -- but exceedingly little sense if you're a voter looking for liberals within our ostensibly liberal political party. Far too many words have already been spilled dissecting a (still uncertain) Clinton candidacy, so I won't add too many more here. But suffice it to say, in recent years, the Democrats have failed to embrace the policies their voters clearly desire. From that perspective, at least, it's hard to imagine a worse candidate than Hillary Rodham Clinton.

Whether strategists like it or not, over the next few years these battles will largely determine how young voters perceive the Democrats as a "brand." Will the party embrace economic populism and make a real run at ushering in their much-ballyhooed "demographic destiny"? Or will the promise of a generation of liberal voters vanish before it ever arrives, just another victim of the party's deeply rooted cynicism and fear?