NASA: Asteroids hit our atmosphere "all the time" 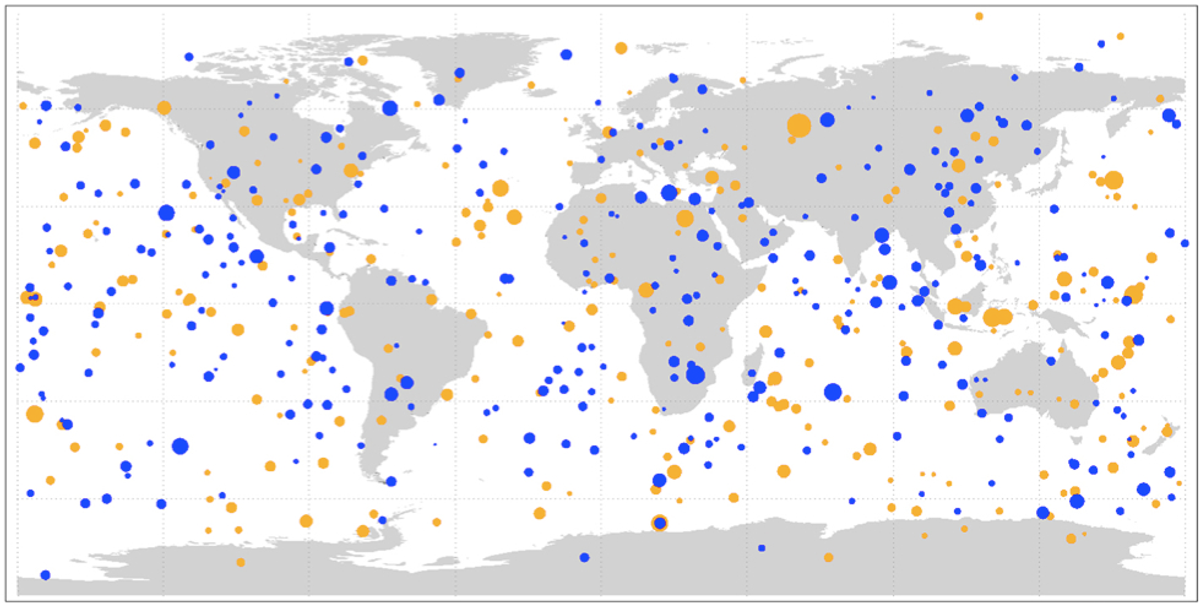 Question: how often do asteroids come hurtling right at our planet, only to dissolve upon hitting Earth's atmosphere?

The answer, per this new map from NASA's Near Earth Object Program, appears to be "all the time": These small impact events, known as bolides or fireballs, are both "frequent and random," according to NASA -- they were recorded at least 556 times between 1994 and 2013.

"We now know that Earth's atmosphere does a great job of protecting Earth from small asteroids," NASA NEO Observations Program Executive Lindley Johnson said in a statement -- otherwise this map would be a lot more terrifying. The one very large exception was the Chelyabinsk meteor, which struck central Russia in February 2013 and was captured by a number of drivers' dashboard cameras.

Scientists are going to use this data in order to get a better idea of how frequently we can expect asteroids that are large enough to case ground damage, Lindley explained: "How big is the population of larger asteroids we really need to worry about? We need to better understand that."