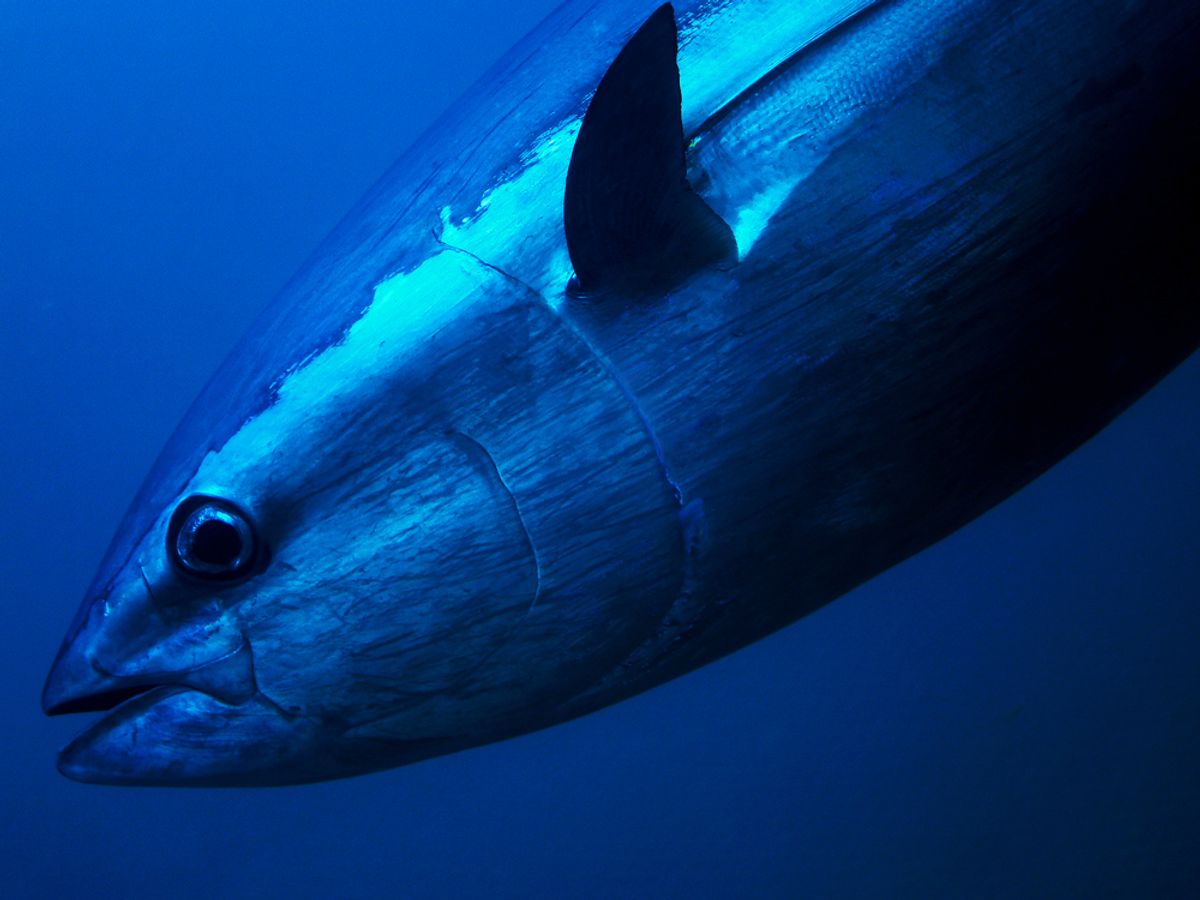 Appetite for sashimi is closer than ever to wiping the Pacific bluefin tuna off the planet. The latest update of the International Union for the Conservation of Nation's "Red List" of threatened species now includes the meaty fish, whose population has dropped by about a third over the past 22 years.

Other species on which the food market is putting "unsustainable pressure," per IUCN, are the Chinese cobra, a major export from mainland China to Hong Kong; the American eel, which is being increasingly poached as East Asia seeks to replenish its own farmed stock; and the Chinese pufferfish, whose status as one of the world's most poisonous fish only makes it more appealing to adventurous eaters, and whose numbers have fallen by an estimated 99.99 percent over the past 40 years due to overfishing. It is now classified as "critically endangered," the final step before extinction.

The bluefin, meanwhile, has been updated from "species of least concern" to "vulnerable," mostly because of its incredibly high market value in Asia: one fish, the Guardian reports, can sell for as much as $100,000.

“The Pacific bluefin tuna market value continues to rise,” Bruce Collette who chairs the IUCN Species Survival CommissionTuna and Billfish Specialist Group, said in a statement. “Unless fisheries implement the conservation and management measures developed for the Western and Central Pacific Ocean, including a reduction in the catches of juvenile fish, we cannot expect its status to improve in the short term.”

His concerns echo those of legendary marine biologist Sylvia Earle, who told Salon that "there’s been a great marketing ploy around the world to favor the consumption of bluefin tuna," and of sushi master Jiro Ono,. Still, we've known for decades now that the bluefin's fate was coming to this: journalist John Seabrook warned back in 1994 that the bluefin's high premium put it at risk of commercial extinction. The IUCN lists the Atlantic bluefin as endangered and a third species, the Southern bluefin, as critically endangered.