Whoopi Goldberg: "I have a lot of questions" for Bill Cosby rape accusers 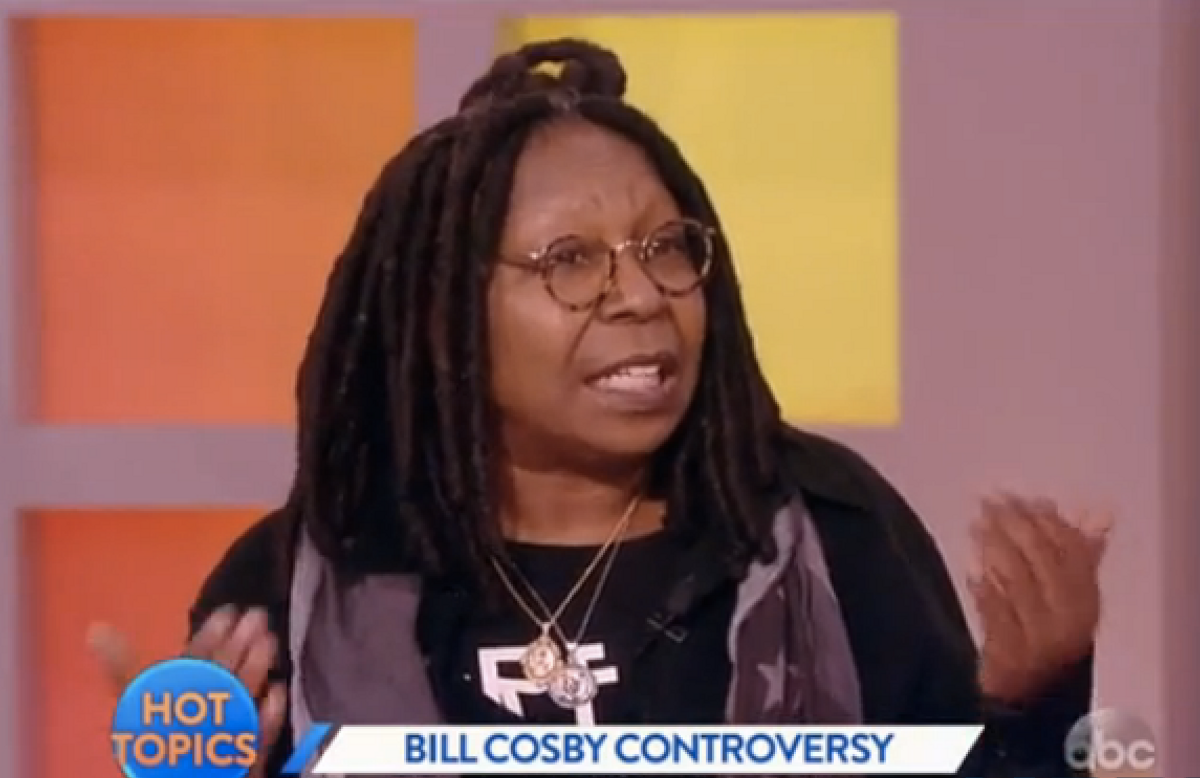 On Monday's edition of "The View," the co-hosts expressed some general skepticism over the validity of erupting allegations that comedian Bill Cosby drugged and raped more than a dozen women over the past several decades. Whoopi Goldberg, who previously condoned the notion of a 43-year-old man sodomizing an unconscious 13-year-old girl -- because, in her universe, that isn't "rape-rape" -- led the conversation, suggesting that she does not believe actress Barbara Bowman's claims of being repeatedly sexually assaulted.

“Quite honestly, you know, look, I’m sorry, having been on both sides of this where people allege that you do something, it doesn’t matter now,” Goldberg said. “The cat is out of the bag, people have it in their heads. I have a lot of questions for the lady. Maybe she’ll come on.”

Goldberg went on to question why Bowman went to a lawyer with her allegations instead of the police, working some casual victim-blaming into her concerns. "Perhaps the police might've believed it," Goldberg said. "Or the hospital, where you go -- and don't you do a kit when you say someone has raped you? Isn't that the next step once you make an allegation?"

As co-host Rosie O'Donnell notes, a rape kit is typically performed for women who report sexual assaults -- but access to rape kits was only mandated in 2005, with the Violence Against Women Act. That portion of the law didn't go into effect until 2009. While the FBI has recommended rape kits for sexual assault survivors since at least 1999, that still might not have helped Bowman much, as she claims Cosby raped her in the 1980s. But, even if Bowman had notified authorities and accessed a rape kit, that wouldn't do anything to change the backlog of 400,000 rape kits across the country -- it would probably only have added one more.

While O'Donnell interjected often during the conversation seemingly to side with the accusers, the entire panel agreed about the potential danger for Cosby's legacy if the 14 women who have accused him of rape are lying. “When you are a famous person and friends with a famous person who gets accused, it is an awkward position to be in especially if you’re on a show talking about current events," she said, agreeing with Goldberg.

But co-host Nicolle Wallace disagreed about the "awkwardness" of the situation, contradicting O'Donnell and Goldberg moments earlier. "It's more than awkward, it's a tragedy," Wallace said. "Either 13 women were raped by someone too powerful to face the criminal justice system or an innocent man is being falsely accused."

Watch the clip, via Mediaite, below: