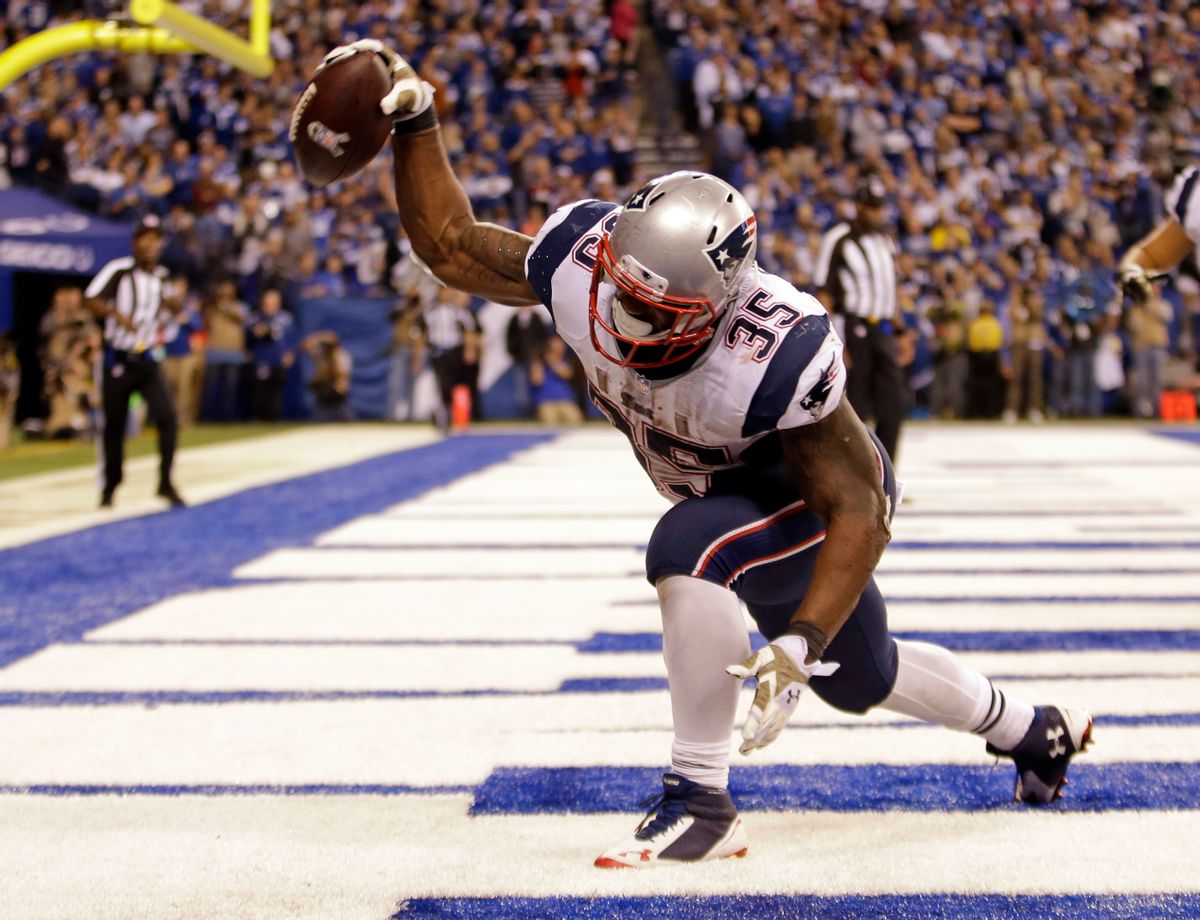 New England Patriots running back Jonas Gray celebrates a touchdown against the Indianapolis Colts during the second half of an NFL football game in Indianapolis, Sunday, Nov. 16, 2014. (AP Photo/AJ Mast) (AP)
--

Jonas Gray rushed for 199 yards and a franchise-record four touchdowns, leading New England to a 42-20 victory over the Indianapolis Colts.

Stephen Curry had 30 points and 15 assists as Golden State cruised past the Lakers 136-115 despite 44 points by Kobe Bryant.

Kevin Harvick charged through the field, picking off car after car, passing two other title contenders on a series of restarts. As he aggressively chased the victory and his first Sprint Cup title, it was clear that winning did indeed matter most in NASCAR's new championship formula.

Roger Federer pulled out of the ATP Finals less than one hour before the deciding match, giving defending champion Novak Djokovic the title and dealing a potential blow to Switzerland's Davis Cup ambitions.