Alaska's polar bears are disappearing at an alarming rate 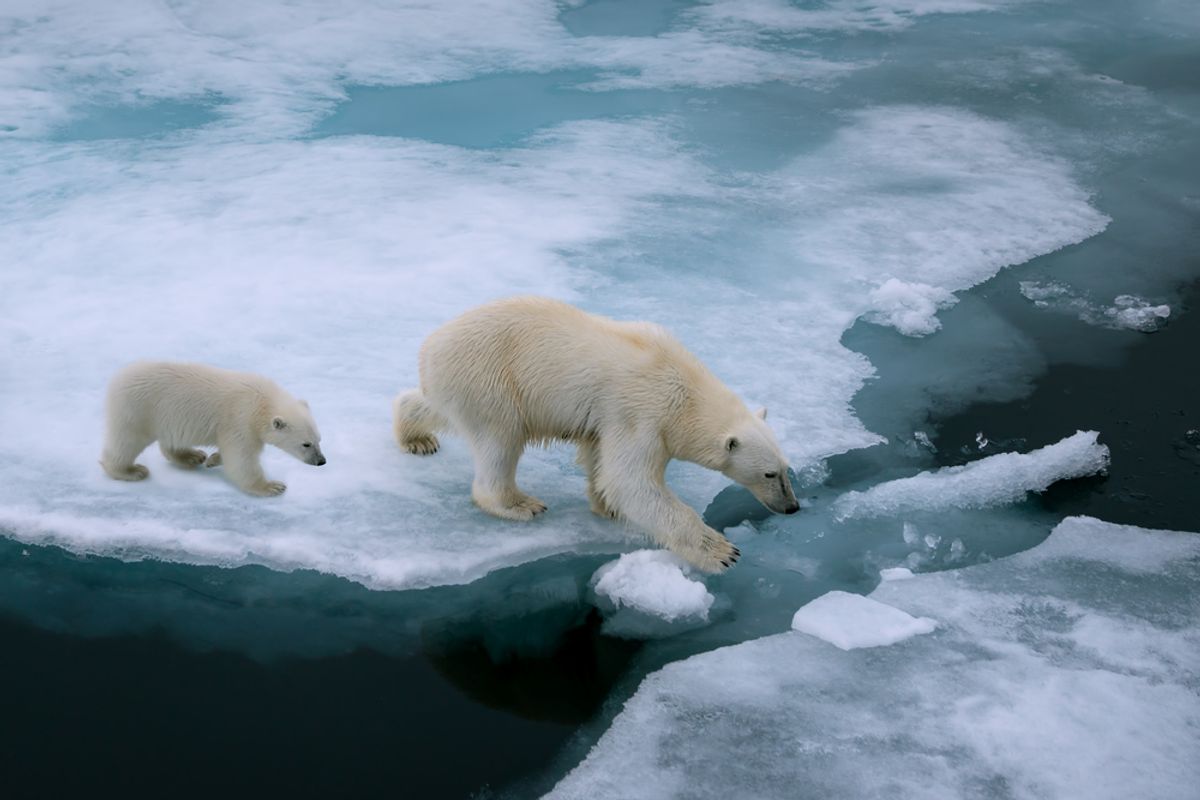 Just 900 polar bears remain on an increasingly unfrozen sea north of Alaska, a new study finds: yet another scary indication of the very real, catastrophic effects of climate change that are already being seen in the warming Arctic.

The ten-year survey of a population of polar bears in the Southern Beaufort Sea, conducted by researchers with the U.S. Geological Survey, finds that their numbers have declined dramatically, down 40 percent in 2010 from 2001's numbers. Most of the loss occurred between 2004 and 2006, a particularly nasty period: of 80 cubs researchers observed between 2003 and 2007, only two are known to have survived.

It's for good reason that polar bears are recognized as a universal symbol of global warming: the mammals are dependent on sea ice, which has been declining dramatically as the Arctic heats up, at about twice the rate of lower latitudes. Ice has been melting earlier in the summer and re-forming later; winter ice, meanwhile, has been becoming thinner and more easily broken up. Both, the researchers say, appear to be impacting the bears' ability to capture seals, their main source of food. However, they add that they can't be certain of the cause of the decline measured here: it's possible, for example, that there are merely fewer seals available (another potential consequence of sea ice decline).

The population largely stabilized between 2008 and 2010. That's because in the short term, the researchers explain, the bears appear to be finding ways to adapt. But they note that the survival rate for young bears is continuing to decline, suggesting that these most vulnerable members of the population continue to face challenging conditions. And “given projections for continued climate warming," the researchers warn, any adaptations are “unlikely to counterbalance the extensive habitat degradation projected to occur over the long term.”

“We’re very worried that eastern Alaska’s polar bears may be among the first to go,” Sarah Uhlemann, the Center for Biological Diversity’s international program director, said in a statement. “The United States and the world have to get serious about reducing greenhouse gases if we want polar bears to survive.”