Boehner: Keystone veto would be like calling Americans stupid

If the Senate approves Keystone, a veto from the president would be insulting to voters, the House speaker said 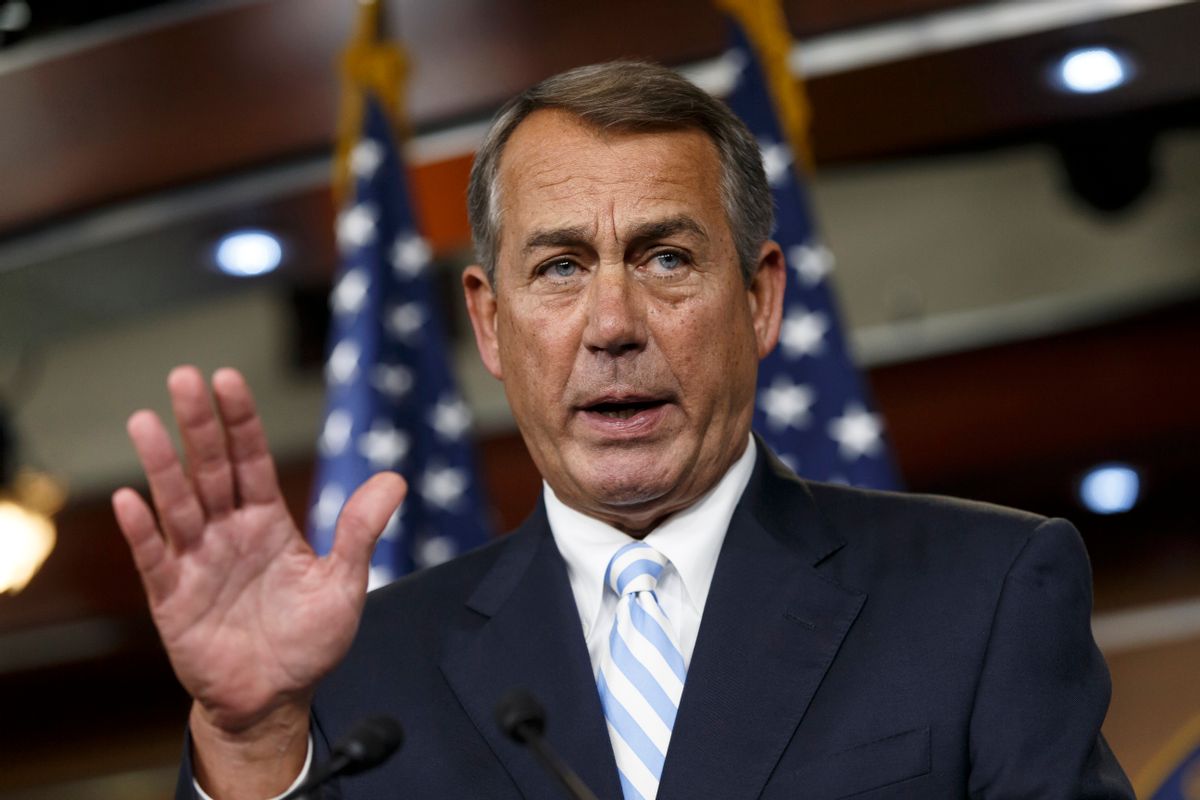 "Let's be clear about this: A Keystone pipeline veto would send the signal that this president has no interest in listening to the American people," Boehner told reporters "Vetoing an overwhelmingly popular bill would be a clear indication that he doesn't care about the American people's priorities. It would be the equivalent of calling the American people stupid."

Should a bill to approve Keystone appear on his desk, the White House is not saying whether President Obama would sign it. But there have been hints that he might, and he's repeatedly asserted that the pipeline, because it crosses the U.S.-Canada border, is a matter for the State Department, not Congress. Signing the bill, on the other hand, would send a very different signal from the president's recent streak of pro-climate actions, including the landmark emissions deal reached with China and his pledge of $3 billion to the U.N.'s Green Climate Fund, which will help developing countries reduce their reliance on fossil fuels while preparing for the effects of climate change.

A 57 percent majority of Americans do support building the Keystone XL pipeline, a recent Pew survey found, although that support has declined since March of last year, particularly among Democrats. Many of the arguments used by the pipeline's advocates, such that it will create thousands of jobs and decrease gas prices, have little to no basis in reality.