Lake-effect snow is not a joke, you guys 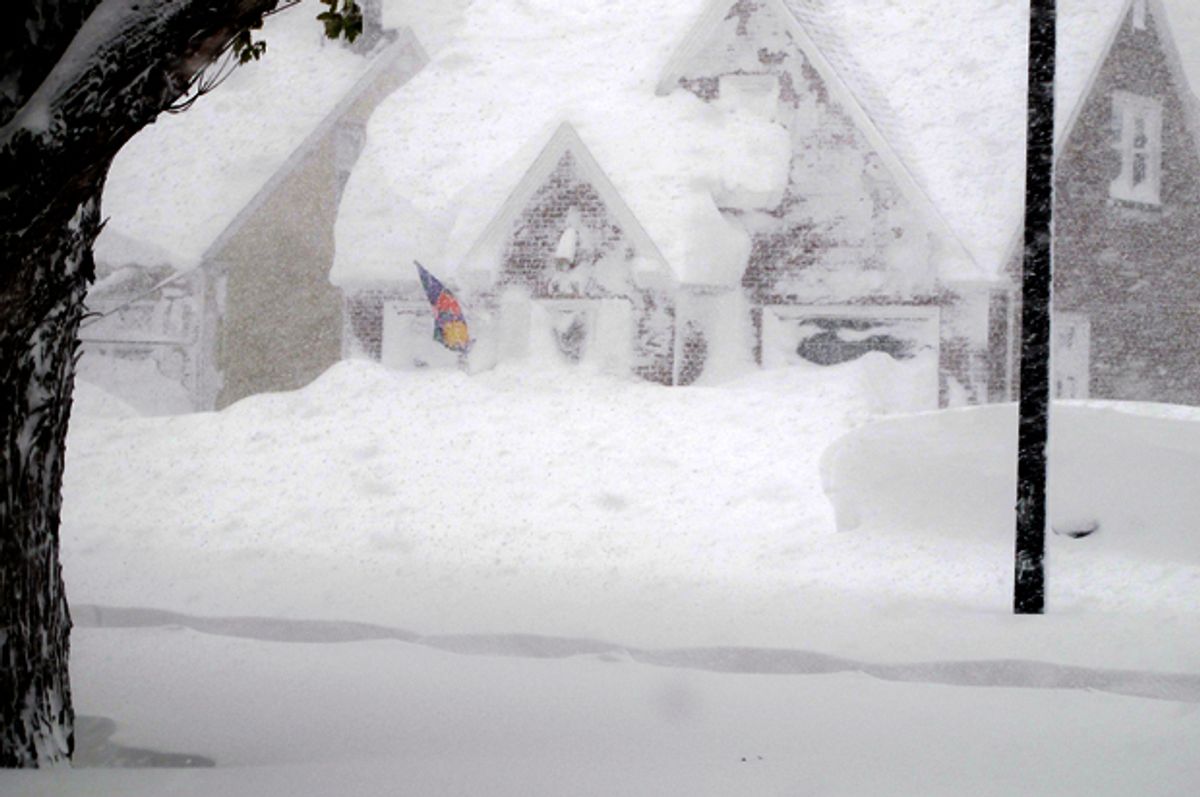 Buffalo and Western New York got slammed with a deluge of lake-effect snow that accumulated to 4 feet in a number of areas. And it's expected to reach 6 feet before it ceases.

Lake effect snow is the result of that cold, dry air moving over warmer water and picking up the moisture and heat, then dumping it as snow on the nearest downwind shoreline. In this case, that’s western New York. As the overall climate warms, lake effect snow has been increasing around the Great Lakes, because of less ice capping off the water. The situation Tuesday was so dynamic it even resulted in thundersnow in the Buffalo area, according to The Weather Channel.

Lake effect snow can come in bands, with one town receiving inches of snow an hour, while skies just a few miles away are clear. This contrast could be seen on both radar and in disconcertingly apocalyptic-looking photos of a wall of snow, which one meteorologist likened to a winter version of a dust storm: