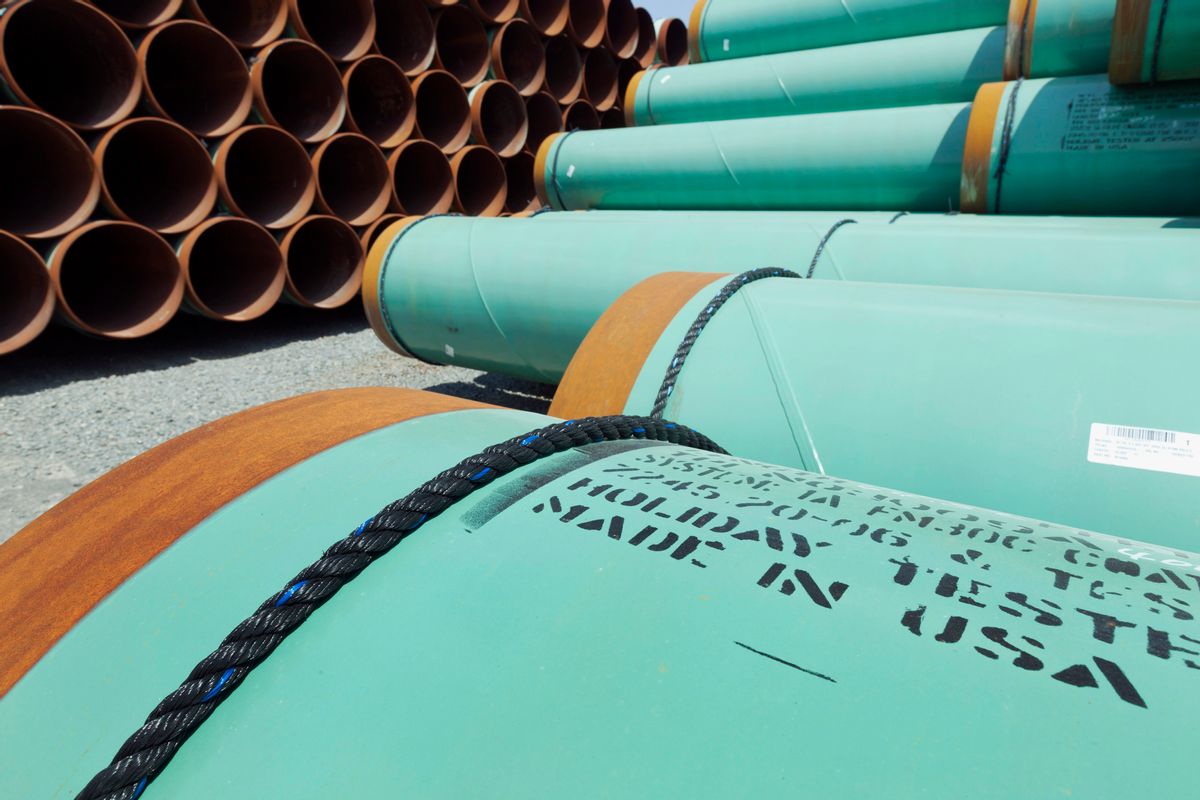 TransCanada is not overly concerned about whether its Keystone XL pipeline makes it past the U.S. Senate Tuesday, or whether it will survive President Obama's veto pen: The company's got a backup plan.

The Canadian pipeline company already has an alternative pipeline in the works. Energy East, as it's called, will remain entirely in Canada -- stretching 2,858 miles from Alberta's tar sands to the country's east coast -- and thereby will avoid the U.S. drama. But according to P.R. documents obtained by Greenpeace Canada, TransCanada is nonetheless gearing up for another fight to see it through.

The documents were compiled by American P.R. giant Edelman, and depict an aggressive strategy aimed at both developing supporters for Energy East and attacking its anticipated opponents, one described as “a perpetual campaign to protect and enhance the value of the Energy East Pipeline and to help inoculate TransCanada from potential attacks in any arena."

The five documents identify "the new realities of designing, building and operating a major pipeline project in North America," which include "permanent, persuasive, nimble and well-funded opposition groups"; the use of such projects as "proxies" for the larger argument that the world needs to wean itself off oil entirely; and "record low levels of public trust in government, meaning regulatory approval is no longer sufficient to successful project implementation.”

In other words, it's hard out there for TransCanada. Fortunately, it has Edelman on its side, which proposed a plant to "add layers of difficulty for our opponents," by enlisting third-party proxies to say and do the things "when TransCanada can't," thus "distracting them from their mission and causing them to redirect their resources." They also recommend going after some relatively tiny pipeline opponents, like Ecology Ottawa, which according to the New York Times has about nine paid employees and mostly relies on its volunteers, mainly students and retirees.

“To me, it’s a smear campaign really trying to shut down the voices of local people who have legitimate concerns,” Ben Powless, Ecology Ottawa's anti-pipeline campaigner, told the Times.

Speaking with the Globe and Mail, Greenpeace campaigner Keith Stewart expressed concern that Edelman is "bringing a much more aggressive, U.S.-style politics" to Canada. TransCanada spokesman James Millar responded that while the company learned valuable lessons from the ongoing Keystone battle in the United States, they decided not to pursue some of Edelman's dirtiest tactics, like "quietly providing support to nominally independent pro-pipeline citizens’ groups."

None of this is exceptionally explosive. Nor should it really be surprising -- it's not even the worst we've seen lately of Big Oil's "win ugly or lose pretty" strategy. But if you're wondering why so many people are pushing for a pipeline that doesn't carry any tangible benefits for them, and which will cause an untold amount of damage, to boot, it's an important reminder of the massive amount of money and aggressive "U.S.-style" strategy that Big Oil dedicates to projects like this.

“Companies like ExxonMobil, Chevron, Shell, Halliburton (and many more) have all made key investments in building permanent advocacy assets and programs to support their lobbying, outreach, and policy efforts,” Edelman boasts in one document. “In launching a program like this, TransCanada will be in good company."