There are only 14 more episodes of "The Colbert Report." Here's a look at one of his best guests 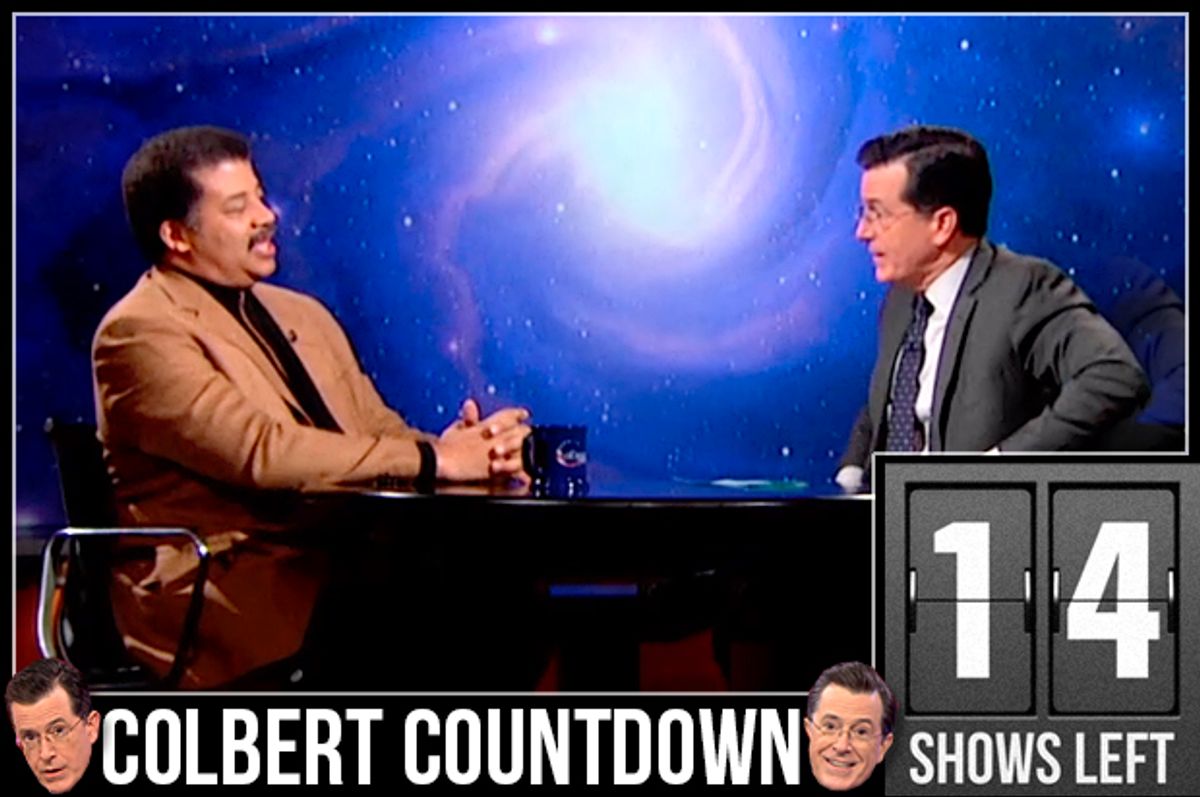 Neil deGrasse Tyson was one of the most frequent guests on "The Colbert Report." The astrophysicist and host of "Cosmos: A Spacetime Odyssey" appeared on the show a whopping nine times in 10 seasons. He is, as Colbert put it "a friend of the show," and discusses everything from Pluto to climate change.

The interviews are never easy, as Colbert's role is often as a science skeptic. However, unless you willfully ignore the satire, and look to Colbert to confirm your pseudoscientific point of view, the below interviews point out the ridiculousness of science deniers, and give Tyson the chance to teach us something about our universe. Watch below: