Top GOP senator admits human role in climate change, still doesn't want to do anything to fix it 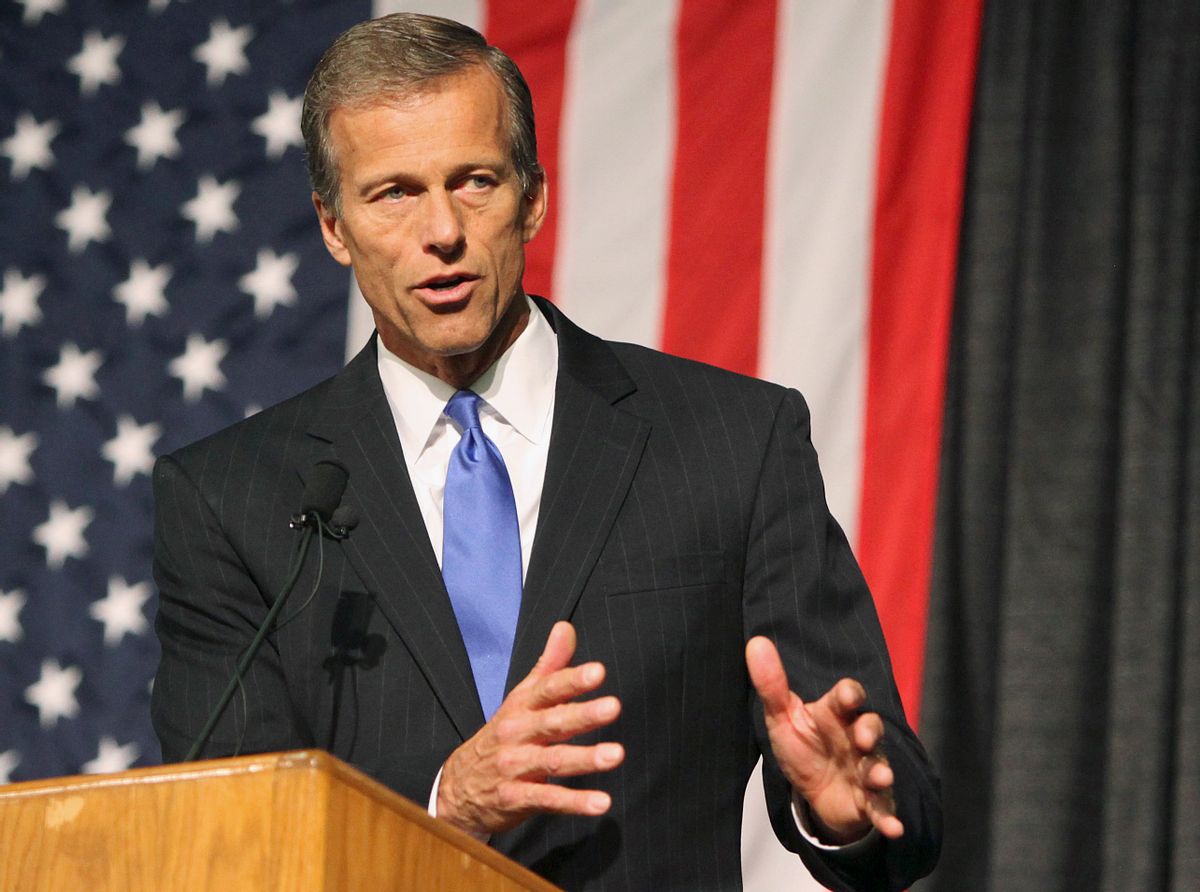 FILE - In this June 20, 2014 file photo, Sen. John Thune, R-S.D., speaks at the South Dakota Republican Convention in Rapid City, S.D. A Republican majority would usher in major changes in committee leadership, with political opposites replacing the current Democratic chairmen and setting a markedly different agenda from the past eight years of Democratic control. The size of a Republican majority would determine committee ratios and budgets; more seats in the Senate translate into a greater advantage on the panels. (AP/Toby Brusseau)
--

On Sunday, Sen. John Thune, R-S.D., the chairman of the Senate Republican Conference, appeared on Fox News to discuss the United States' recent climate deal with China, as well as the Keystone XL pipeline.

"Well, look, climate change is occurring, it's always occurring, Chris," he said on Fox News Sunday, addressing the host, Chris Wallace. "There are a number of factors that contribute to that, including human activity. The question is, what are we going to do about it and at what cost?"

Yes. Thune actually admitted, however casually, that humans play a role in climate change. What does this mean for conservative energy policy? Is he going to lead the rebellion against the oil and gas industry?

That quote actually continues as: "And what the president agreed to was a bad deal," referring to the 2030 carbon emissions goals agreed upon by the U.S. and China.

Thune also spoke about the many publicized benefits of Keystone XL pipeline, which he vigorously supports: "This issue is a no-brainer in the eyes of the American public."

While Thune's change in tone is likely to be seen as a win for climate change believers, many other GOP senators still take no stance on human-caused climate change, and others outright deny it. Earlier this month, Mother Jones found that nearly all of the 11 Republican senators-elect did not believe humans caused climate change, had no concrete opinion on the subject, or had a history of waffling between stances.

The problem isn't just in Congress. ThinkProgress reported earlier this year that "Fifteen out of twenty-nine sitting Republican governors deny climate science despite the overwhelming level of scientific consensus, the enormous cost to taxpayers, and the critical place governors occupy in implementing new limits on carbon pollution."

So, yes, the policy Thune supports is still bad, but we have reached a disappointing level of political discourse where even the most fleeting acceptance of scientific fact is worth noting.