Why that insane Willow and Jaden Smith interview is so great: Now we can stop pretending that celebrity kids are just normal kids

Celebrities love to pretend they're raising average kids who don't live in any weirdo bubble. Clearly this is wrong 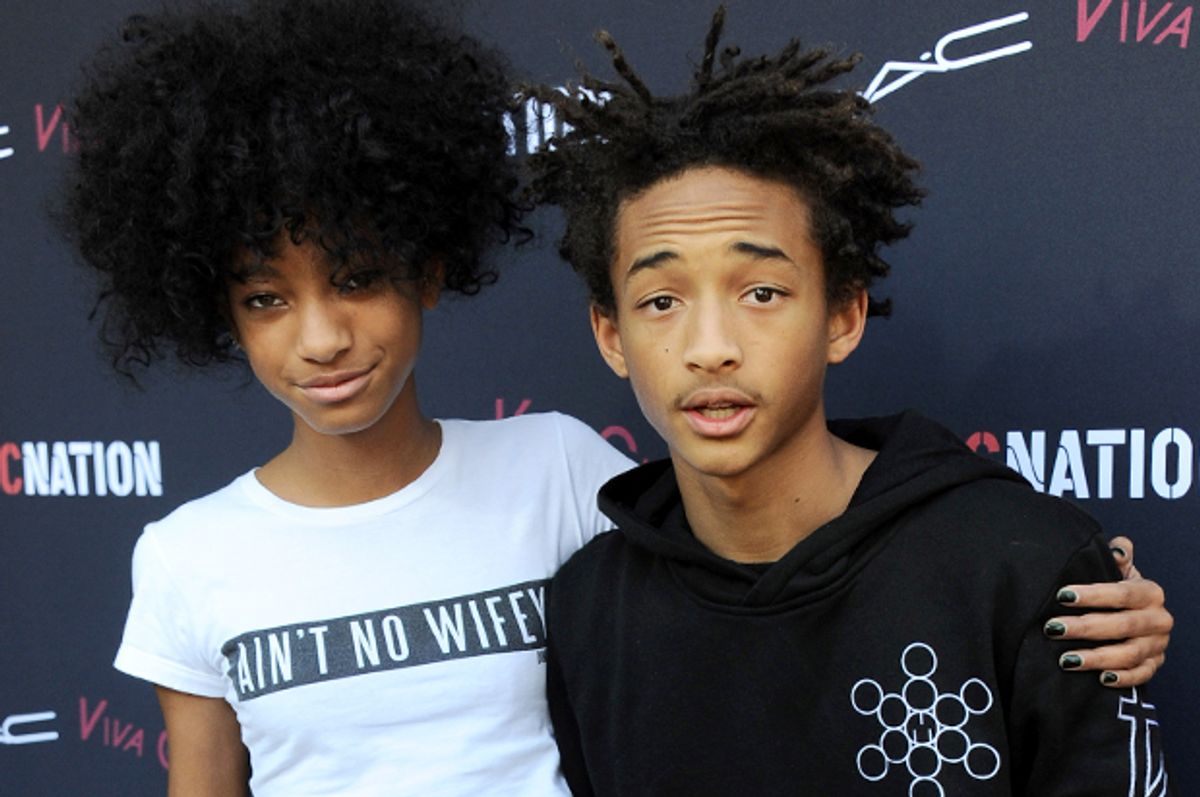 Britney Spears once told Cosmo that if her boys decided they wanted to go into show business, she’d lock them in their rooms until they’re 30. That’s the narrative we claim to honor: that celebrity life is a burden that can warp a child (Exhibit A: Britney Spears) and so no decent already-famous parent would wish anything other than a totally average childhood for their kids. To act otherwise is to align too closely with striver C-list stage parents — the Cyruses, the Lohans, even the TLC reality show types convinced their kids are special enough to carry an hour-long show, or worse, risk creating a Justin Bieber-like enfant terrible who can’t stop getting arrested long enough to remind us why he’s famous anymore.

Proper middle-class values tell us that normalcy is the prize the famous can afford, and so should buy for their children. That’s the classy way to raise your famous children. Even Kanye and Kim have figured that out, telling multiple press outlets that they want little North West to have as normal a childhood as possible. Every time we see a “Stars! They’re just like us!” candid of Jennifer Garner and Ben Affleck pushing their kids on the swing sets, or hear them mention how they’re limiting screen time, we’re reassured of that — but aren’t we also a little disappointed? Since when do we read celebrity profiles to find out that they’re aggressively normcore?

Enter Jaden and Willow Smith, two children of famous entertainer parents who have wasted no time taking advantage of the platform that comes with being the precocious, talented Smith kids. Starring film roles? A hit single? All of that is no less their birthright, and they represent themselves well in each of those projects, sure.

But it wasn’t until the Times Magazine piece on the two came out that we fully experienced the raw power of the unfiltered minds of the rich and liberated. The interview is a glorious, unadorned spectacle. Willow and Jaden willfully deflect the normal performing-kid questions with musings on time and space that sound lifted from a Rust Cohle quote generator. They dismiss the idea of school as depressing and absurd, they have no concept of career limitations, or even careers (Jaden: “Nah, I am. I’m going to imprint myself on everything in this world.”). Willow disdains novels other than the ones she writes herself, Jaden thinks regular kids so “teenagery, so angsty.”

The Willow and Jaden interview flagrantly violates the "we want our kids to have a normal childhood" celebrity party line. Their stubborn refusal to play “down to earth” for us is honest and refreshing. Who really wants to read a normal 14-year-old’s thoughts on time, the universe and everything, anyway?

If Willow and Jaden seemed brittle and sad, the profile, however unfiltered, would be tragic. But they seem like they have everything normalcy is supposed to instill: healthy self-esteem, a sense of humor, a curiosity about the world. It just so happens that they're also totally indulged in a way that inspires a mixture of envy and awe. They’re so not just like us, and that's the point — they have access and resources at their disposal to do anything they want to do in life. How refreshing that we don’t have to pretend they might choose to be anyone other than who they were born to be. Now they’re not just born-famous kids with access. They’re stars in their own rights. You couldn’t make these two characters up.