Woman from "drunk girl in public" video apologizes, says she was also duped 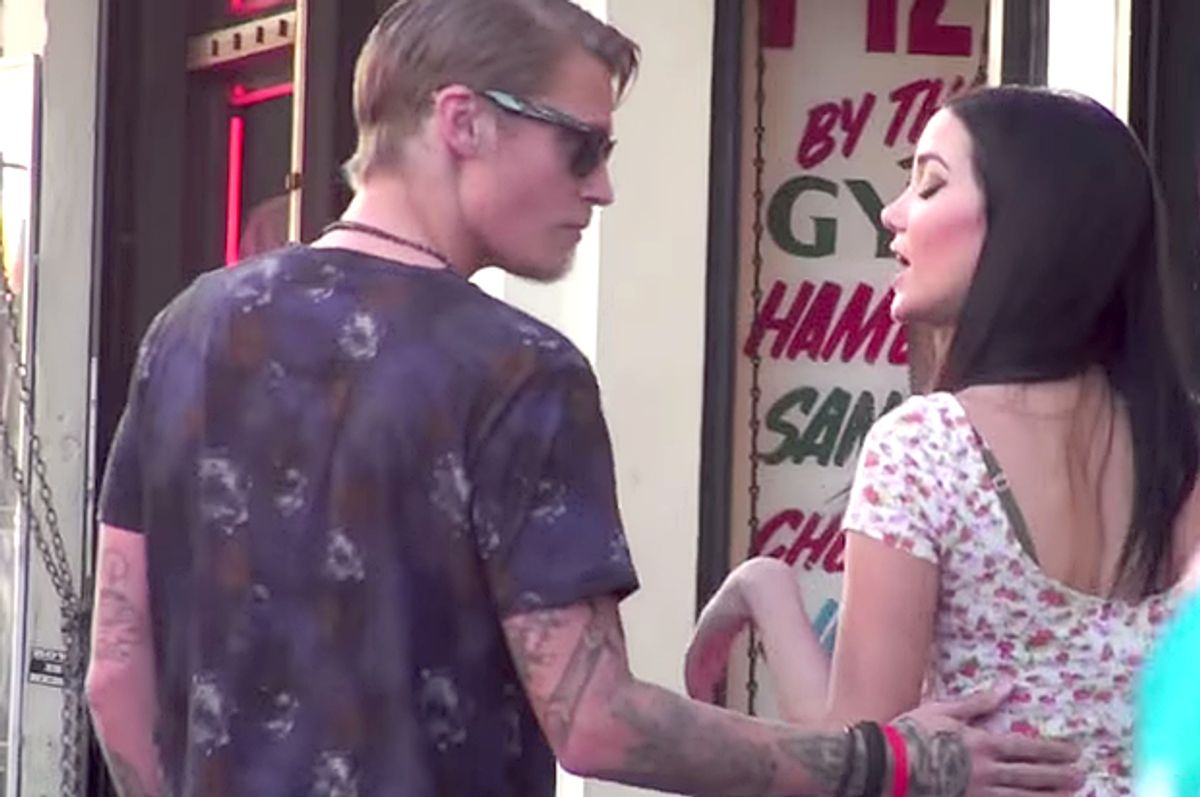 The woman who played the "drunk girl in public" in a recent viral video, which was later revealed to be a hoax, has issued an apology for her part in the clip. The video, which portrayed a series of men attempting to take advantage of the woman as she wandered Hollywood Boulevard pretending to be intoxicated, was presented as a real-life "social experiment" meant to illustrate the horrifying realities of rape culture. Except, it wasn't a real-life social experiment, and instead relied on a lot of people who seem to have unwittingly participated in something very different than what was described to them.

Actress Jennifer Box says she was one of those people in a YouTube video she posted this week. In her apology, Box claims the hoax was described to her as "a lighthearted prank show," not a social experiment.

"Had I known the damaging outcome of this video, I never would have participated," Box says. "And for the record, every male seen in this video were nothing but perfect gentlemen [sic]."