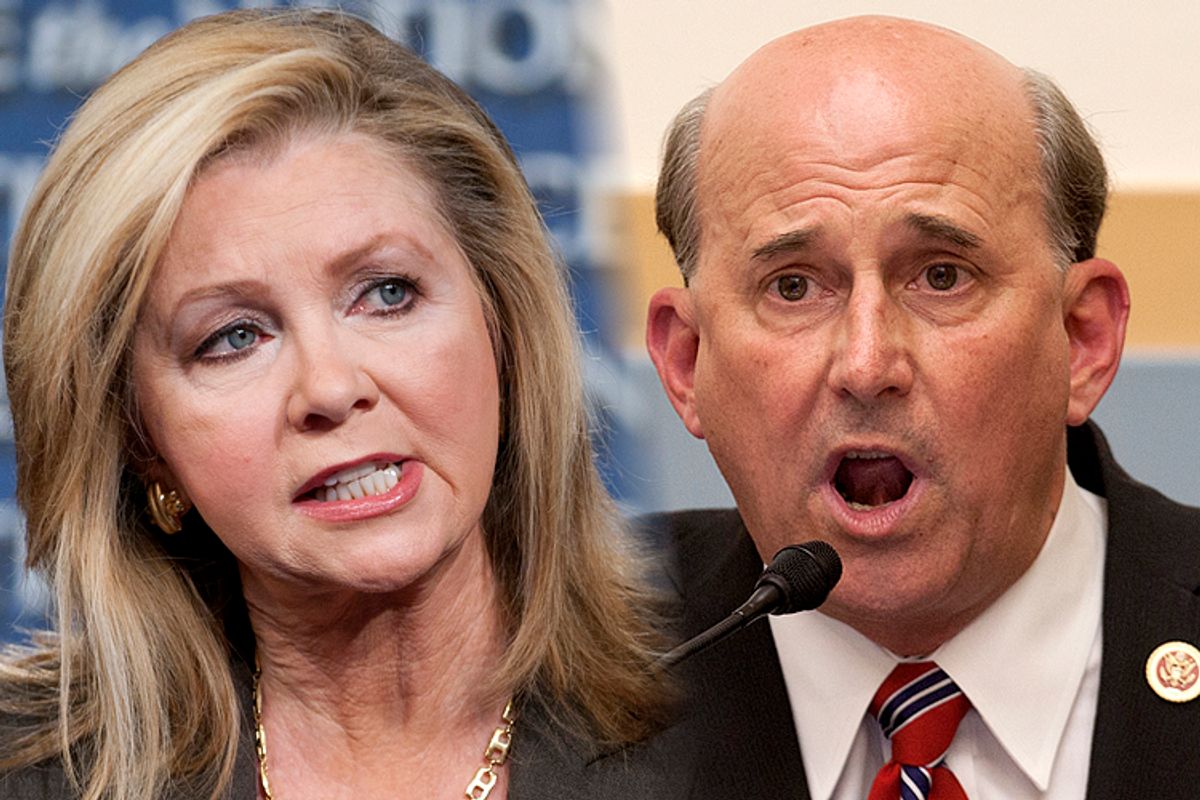 With all the turmoil and mishegas over President Obama’s plan to use executive action to shield undocumented immigrants from deportation, you’d think there’d be more polling out there gauging the public’s attitude on the issue. The guy’s been threatening to do this for months now, but the polling data seems to be sparse, and much of what there is comes from partisan outfits.

Anyway, USA Today and Princeton Survey Research stepped up to fill in the void and provide us with our first post-election look at the public’s stance on unilateral immigration action, and the results are pretty unsurprising: the country is split almost down the middle, and support for Obama’s proposal breaks down along partisan lines. Given the circumstances, that’s fairly decent news for the White House.

The USA Today poll’s question was curiously worded (more on that in a bit), but the survey found that 42 percent of Americans want the White House to act immediately on immigration, while 46 percent want the White House to wait. Democrats favor immediate action by a huge 60-28 percent margin, Republicans favor waiting by an even huger 76-17 percent, and independents are split 44-46 in slight favor of delay.

If I’m in the White House, then I’m reassured by this poll. After the child migrant crisis during the summer and Obama’s decision to delay taking executive action, the president’s credibility on immigration took a big hit, and for a while it looked like the public was starting to turn away from meaningful immigration reform. Obama’s approval rating on immigration as an issue tanked to 31 percent, according to Gallup. There were also dips in public support for a pathway to citizenship for undocumented immigrants. Gallup hasn’t polled Obama’s approval on immigration since then, but public support for a pathway to citizenship has bounced back. The fact that Obama has fought the executive action issue almost to a draw would seem to indicate that he’s come back somewhat from the summer’s immigration doldrums.

As for the poll itself, the wording of the question was peculiar, and seems to give the Republicans lots more credit than they deserve when it comes to their capacity to legislate. Here’s how USA Today put the issue to respondents:

Should President Obama take executive action this year to deal with illegal immigration or should he wait until January for the new Republican Congress to pass legislation on this issue?

The question makes it seem like a) the Republicans have legislation that they’re willing to pass, and b) that they’re going to pass it in January, immediately after the new Congress is sworn in. (Also, Obama taking action wouldn’t preclude the GOP from legislating, but that’s a separate issue.) There aren’t many people who have any confidence that the GOP can come to an agreement internally on what they’d like to do on immigration, and not even the Republicans say they’ll pass anything. Rep. Tim Huelskamp, one of the more enthusiastic Republican critics of the Obama administration’s “amnesty” proposal, appeared on Bloomberg TV this week and was asked three times what he’d do to deal with the millions of undocumented immigrants already in the country. Each time he ducked the question (except to say “secure the border”).

The best Republicans have been able to do thus far is offer up vague hints about the possibility of legislative action on immigration, but only if Obama promises to back off. The USA Today poll offers an overly generous representation of the Republican position on immigration reform, and the GOP still only comes out barely ahead.

The split-decision should also be a warning sign to the growing numbers of Republicans and conservatives who want to shut down the government to stop Obama from acting. Last October, when the Republicans forced us through their wrongheaded shutdown fiasco over defunding the Affordable Care Act, they were emboldened by the fact that the ACA was deeply unpopular, with approval ratings were mired in the low 30s. Obama’s immigration proposal is far more popular than the ACA was then, and the shutdown actually saw the ACA’s approval ratings tick up (before they crashed back down in the ensuing rollout debacle).

Anyway, it’s just one poll and definitely not the final word on the issue, but for now I tend to agree with Kevin Drum that the topline numbers and all-too-predictable split among partisans show that there’s no more political risk for the White House on executive action for deportations than there would be on any other issue for which a similar divide exists. And the numbers certainly don't bolster the argument that the White House should wait for Godot the Republicans. Going forward would piss off the GOP, delight Democrats, and divide independents, and that’s pretty much what we’ve come to expect from everything in the Obama era.