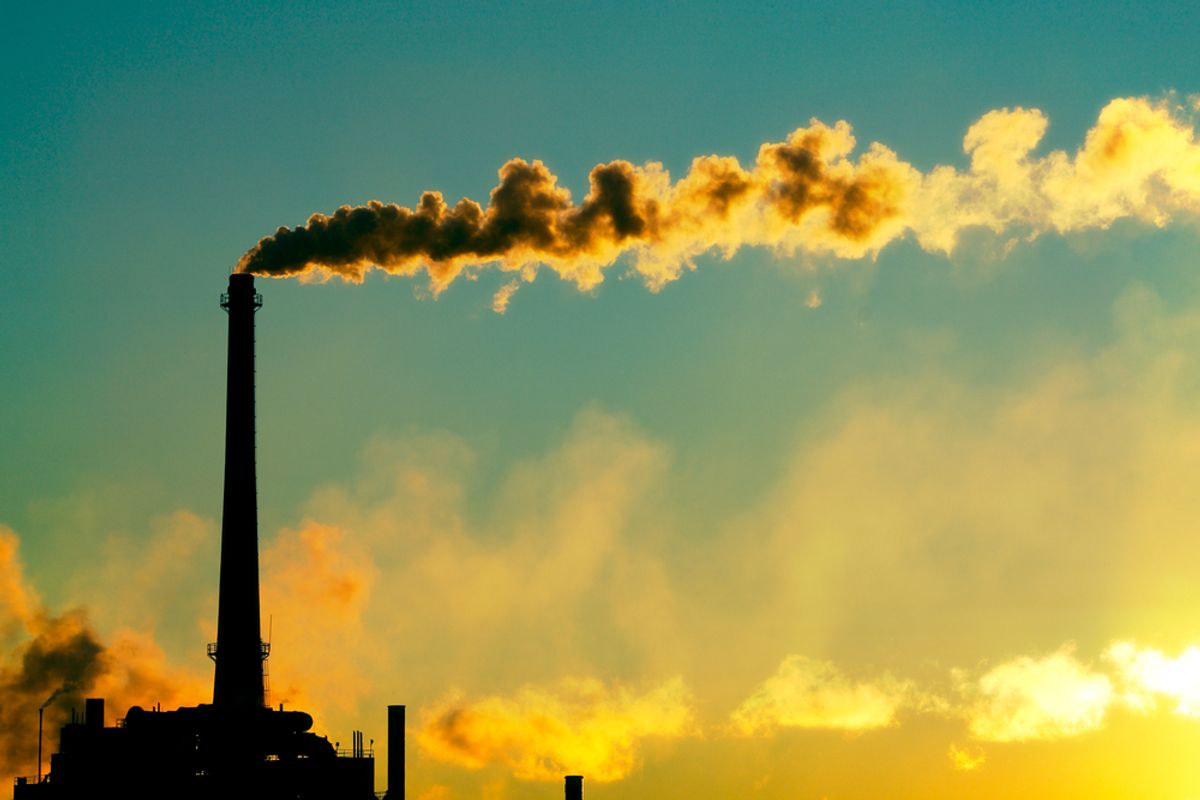 World leaders meeting in Lima next month to begin the year-long process of hammering out a global climate treaty don't have time on their side, a new report from the U.N. Environment Program warns. Recent, headline-grabbing pledges to significantly reduce greenhouse gas emissions are cute, it basically finds, but the world's still headed toward dangerous, potentially catastrophic, warming.

The reason why the world's negotiating in the first place, the report reminds us, is because we want to try to limit global temperature. A winning agreement would be one that reduces emissions enough to keep that temperature from increasing too much -- the target, which the world agreed upon in 2009, is 2 degrees Celsius. The emissions gap, which this new report analyzes, is that wide, wide space between the temperature goal and what we intend to do about it.

And it's significant: Global emissions should peak at around 46 billion tons by 2030. the report's chief scientific editor, Joseph Alcamo, explained to the Associated Press. Yet even with the latest pledges factoring in, we're on course to be emitting 15 and 19 billion tons more than that. And we're looking at emissions continuing to rise until at least 2050, he added -- also known as "too late."

From there, it's a frantic rush to zero emissions, although we don't have to stop burning all fossil fuels by 2070. We'd just need to reach carbon neutrality, meaning everything we did burn would need to be offset -- say, by planting trees, or by coming up with innovative ways of sucking carbon out of the atmosphere. And it'd be best if we could beat that 2070 deadline, and get there by, say, 2055. No pressure.

The good news is that this doesn't all necessarily have to break the bank: As one major report recently demonstrated, smart investments, particularly in the developing world, can essentially neutralize the cost of fighting climate change as we transition into a low-carbon economy.

Still, the report delivers a heavy dose of reality to the negotiations process: As Reuters emphasizes, people born today (and maybe even some of us who are writing about this right now ...) could be around to see how this plays out.