House Republicans pass yet another underhanded attack on science

The GOP is on an EPA-blocking roll 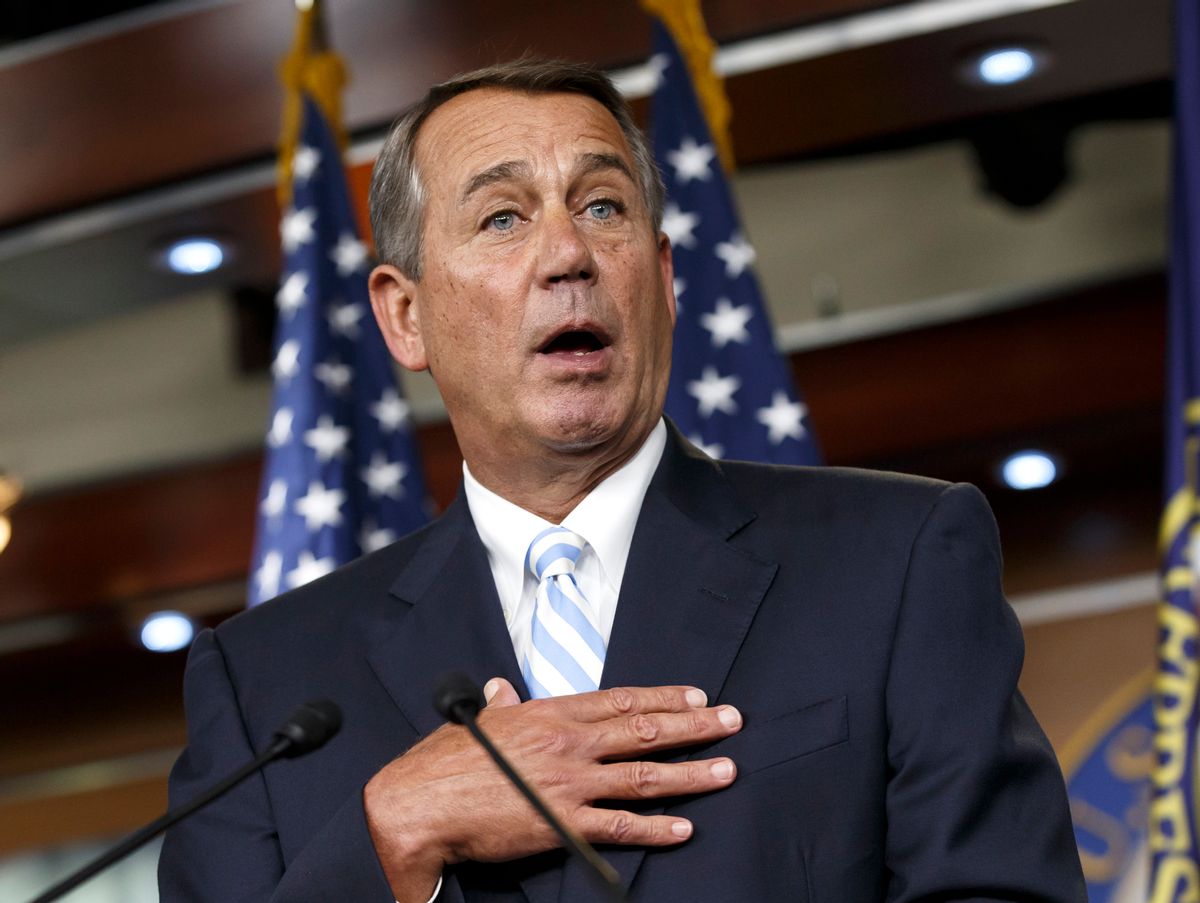 House Republicans are on a roll. Wednesday, they passed the second in a trio of bills aimed at roadblocking the EPA. Like Tuesday's attack on scientists, this one too would suppress science in the name of "transparency."

H.R. 4012 passed 237-190, mainly along party lines, the Hill reports. Known as the "Secret Science Reform Act," it would “prohibit the Environmental Protection Agency from proposing, finalizing or disseminating regulations or assessments based upon science that is not transparent or reproducible.” As House Science, Space and Technology Committee Chairman Lamar Smith, R-Texas, explained, "costly environmental regulations should only be based on data that is available to independent scientists and the public."

Sounds reasonable. But alas, that's all GOP-speak for "preventing the EPA from being able to do its job by any means available." In this case, those means involve requiring the EPA to release the private data upon which the studies it uses to guide its regulations are based -- including patient information, which is protected by federal law.

See what they did there? "Under HR 4012, some of the best real-world public health research, which relies on patient data like hospital admissions, would be excluded from consideration because personal data could not, and should not, be made public," explains Union of Concerned Scientists director Andrew A. Rosenberg in an editorial for RollCall. "Demanding public release of full raw data the agency cannot legally disclose is simply a way to accuse the agency of hiding something when it has nothing to hide."

The irony is staggering: it's not like those not-a-scientist politicians would have the first idea about what to do with that data, even if they did get their hands on it. "What matters is not raw data but the studies based on these data," Rosenberg argues, "which have gone through the scientific process, including rigorous peer review, safeguards to protect the privacy of study participants, and careful review to make sure there’s no manipulation for political or financial gain."

"The legislation will not improve the EPA's actions," Rep. Eddie Bernice Johnson, D-Texas, the committee's top Democrat, argued. "Rather, it will stifle public health protections."

The White House threatened Monday to veto the bill, saying it would place “arbitrary, unnecessary, and expensive requirements” on the EPA -- which is exactly what the House was going for.