Inside Charles Manson's bizarre wedding: A prison minister on tying the knot behind bars

In light of Manson's impending nuptials, Salon talks to the rare reverend who performs prison ceremonies 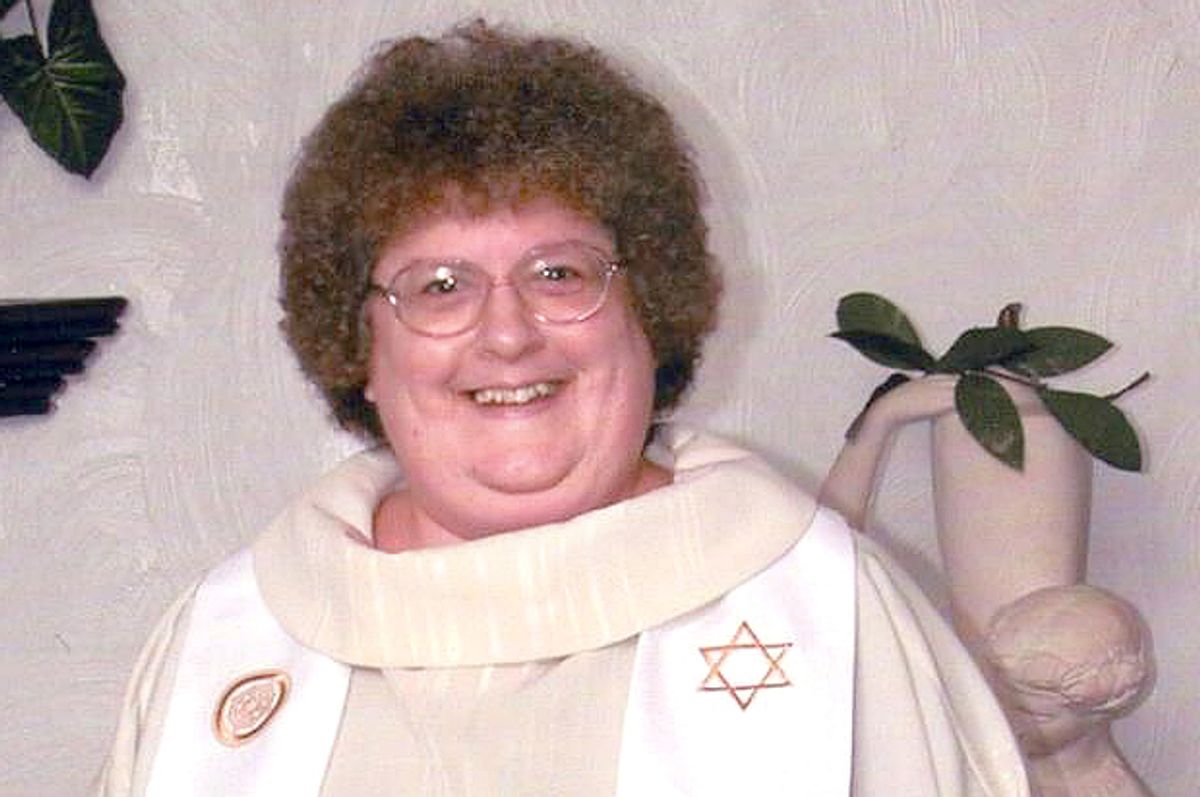 The Rev. Deborah Kalinowski -- Rev. Debbie for short -- is a friendly 60-year-old woman with a New Jersey drawl. She certainly has the wholesome look of a minister, but she's made a name for herself doing something most ministers will not: officiating prison weddings. Kalinowski is the proprietress of Weddings On Wheels® -- registered trademark! -- which offers ceremonies in the mid-Atlantic area at any location you can dream up, be it a scenic beach or a maximum security penitentiary. From petty drug offenders to lifers, she's asked all manner of criminal to "kiss the bride."

I ended up talking with Kalinowski after reading that notorious serial killer Charles Manson had obtained a wedding license from behind bars. Just what do prison weddings look like, I wondered. How are they different from ceremonies on the outside? Does the groom even get to wear a suit? Are decorations allowed? What are the vows like? Do prison ministers ever draw the line at wedding serial killers? As Kalinowski answered my questions, and explained her reasons for doing what she does, I realized that here was a story far more interesting than Manson getting married ever could be.

I spoke to her by phone about prison-issue bridal bouquets, wedding gowns setting off metal detectors, guards breaking down in tears during ceremonies and the urge to research her clients' crimes. And, of course, I had to ask: Would you officiate Manson's wedding?

How did you end up doing prison ceremonies?

Well, someone contacted me about six years ago and wanted to get married to their boyfriend who was in prison and I said, "That's an interesting idea." So I said I would do it and tried to work with the prison to make it happen, but unfortunately that one didn't go through and the prison gave us a lot of trouble. They hadn't had weddings there and they didn't want to deal with it. Eventually people started calling me and I got into several prisons and it just blossomed from there.

So they happen in the prison itself?

Yes, in the prison itself, in the visiting room. We're not in their cell or anything.

Generally, do people dress up?

They can if they want. The girls can wear a wedding dress as long as it meets the visitors' dress code. If the wedding gown has bare shoulders, I recommend they buy a little matching jacket [to meet the dress code]. No metal in the gown, like underwire in the bodice, because that can set off the metal detector when we're checking in. I've married brides in jeans and I've married brides in weddings gowns.

I'm assuming the groom is in his prison-issue garb?

Most of the time. I just did one where they put him in a suit. They gave him what they call "court clothing," I guess that's the clothes they give them to wear to court. That was nice. But most of the time they are in their prison uniform, unfortunately.

Can they bring family members to witness?

Yes, each prison has its own rules. In New Jersey, we have to have two witnesses, so they allow us to bring in two. In Pennsylvania they're allowed to bring in two people from each side of the family -- two from the groom's side and two from the bride's side. I've seen them be flexible with that. It depends on the prison. The maximum security prisons are a little more strict.

There's usually a counselor or a guard watching us. Some of them cry. Some of them tell me they're going to bring tissues the next time. Even the staff is moved.

They usually don't allow flowers and decorations and things like that. One prison supplies a bouquet for the bride, so that's nice. Mostly it's pretty plain. Most of the prisons also have something painted on the wall or a painting that can be pulled down that has a nice scene they can stand in front of, like a garden or flowers or something, as a backdrop to the wedding, so we're not just against the prison wall. [There are some choice examples on Kalinowski's website.] Most of the prisons have something like that, because when the girls come to visit they want pictures. They have inmate photographers who will come into the visiting room and they can buy their services.

It's hard to get into the prisons a lot of times. [One prison] where I do weddings, they had never had wedding there at all before me. Someone approached me to do a wedding there and I contacted the chaplain and he was all for it because he had a lot of men there that wanted to get married and they had nobody to come in and do the wedding. Now I'm a regular. It's a maximum security prison, there are some lifers in there, and everything.

Did most of these couples know each other before the groom ended up in prison?

A good number of them did, yes. They knew each other before their man was incarcerated. Some of them have children together. The ones that I don't know, I just don't know -- they might be pen pals. I don't ask. I never pry into anyone's personal affairs. I'm providing a service, I feel I'm not there to judge anyone. I'm just providing the service, the wedding service. I don't ask what they did, why they're in there.

Are you ever tempted to look up what they're in for?

I have on occasion. I have.

Are you ever disturbed by what you find?

Uh ... no. Because a lot of the laws today, they put people in prison for victimless crimes, like marijuana, for one. You know? What we put into our bodies shouldn't be anybody's business. Nothing too much bothers me. I've married lifers. I have found things can change, lifers can get out if they change the laws or if they're wrongly convicted. So they're happy to be married, they have someone to be released to other than a parent. They don't want to have to be released to their parents, which is what they do when they get out of prison, they have to go with the next of kin.

In their personalized vows, do they ever talk about the incarceration?

Yeah, they do. The guy sometimes will say, "You know, I messed up, I made mistakes and you stuck with me and I promise to be a better person when I get out."

Would you ever refuse to marry someone based on their crimes? For example, if Charles Manson decided that he wanted you to marry him and his fiancée, would you be OK with that?

Well, that would be wonderful on my résumé if I married a celebrity like him! [laughs] No, I don't think I would refuse anybody. Like I say, I'm providing a service. I'm not condoning what they do, or what they did, they're serving their time for it and I'm providing them with a service -- and people can change. I try to be non-judgmental, no matter what they did, I am just there to give them the best wedding I can. The rate of recidivism among married inmates is a lot less than inmates who aren't married. So I could be helping them; they get released to a wife and hopefully they won't get back in more trouble.