The good news is that the website is working swimmingly 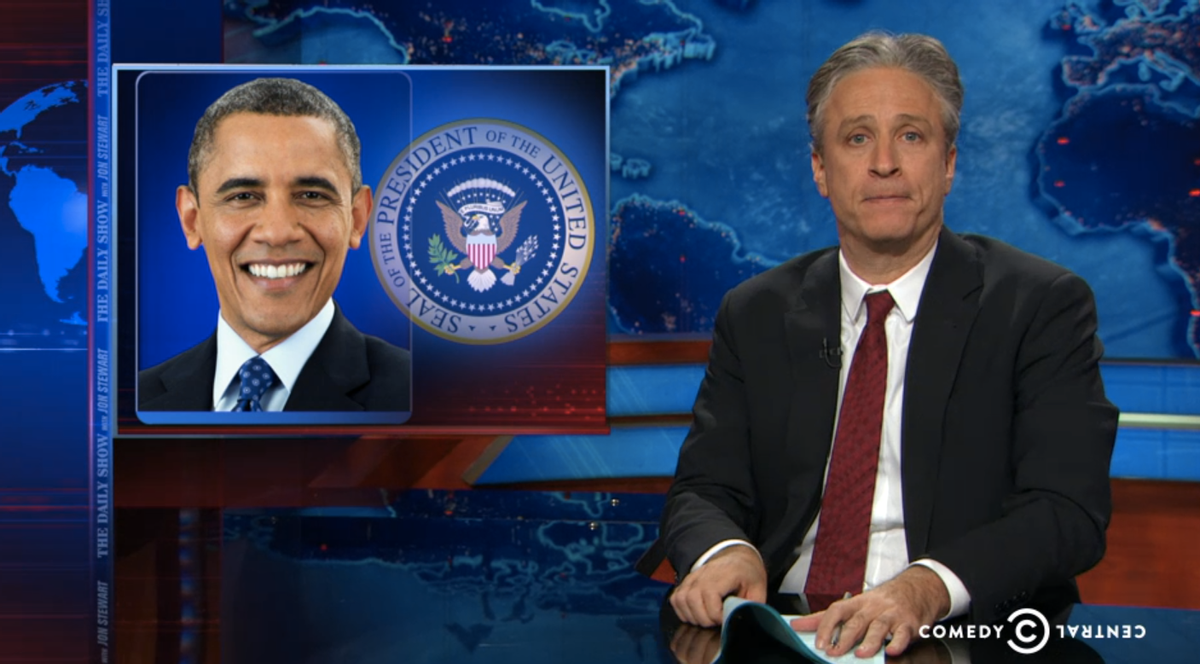 Last night Jon Stewart tackled "Grubergate" -- or a series of out-of-turn comments made in prior years by Affordable Care Act advisor Jonathan Gruber. The comments are now being used by conservatives to (yet again) attempt to destroy Obamacare. (Simon Maloy wrote a great piece about "Grubergate," which you should read, if you need a primer.)

Though most of the segment pokes fun at Gruber (calling him a "nerd," an "egghead" and a "progressive boogeyman"), he did raise an important fact at the beginning of the piece: Obamacare is working. A hundred thousand people signed up in the second round of open enrollment, and the site is faster and more intuitive.

Stewart bookends the piece with another noteworthy point: A case being heard by the Supreme Court threatens the ACA, to which Stewart lets out a string of expletives. Watch below: