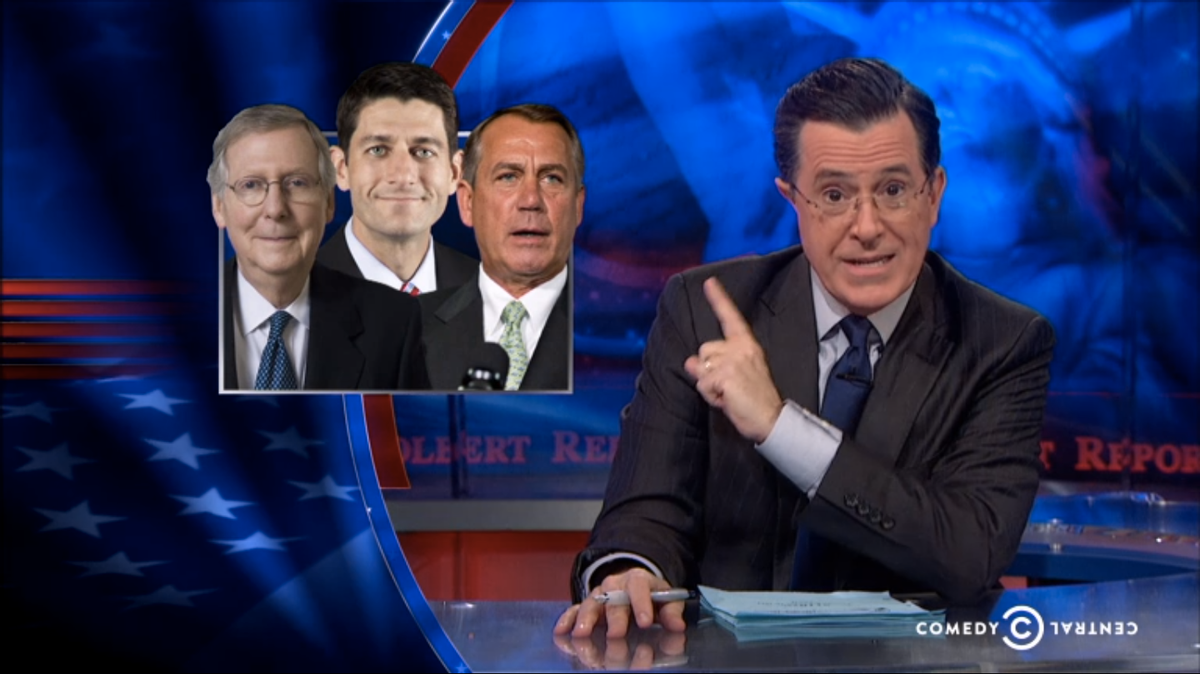 On Tuesday's edition of The Colbert Report, Stephen Colbert turned his attention to America's neediest citizens. In 2012, Colbert said, more than 17.6 million households experienced food insecurity. Earlier this year, in spite of that staggering statistic, Congress cut food stamps by $800 million per year. But Colbert would never want truly needy Americans to starve, which is why he was so happy to hear about salvage stores, which sell expired grocery items that supermarkets won't stock at greatly reduced prices.

"I'm giving a tip of the hat to salvage stores for showing the least we can do for the hungry is less than any of us thought," Colbert said. "Sure, it might seem sad to eat things that are expired or damaged, but this is America, folks. If you work hard and play by the rules, you will eventually earn the dignity of an intact box of Triscuits."

"You're welcome, America's hungry, because this is as good as it's going to get," he continued. "We just voted in the people who want more cuts. To these guys, expired prunes isn't a questionable food product--it's their voter base."