"He should be working with Congress to do nothing together!" 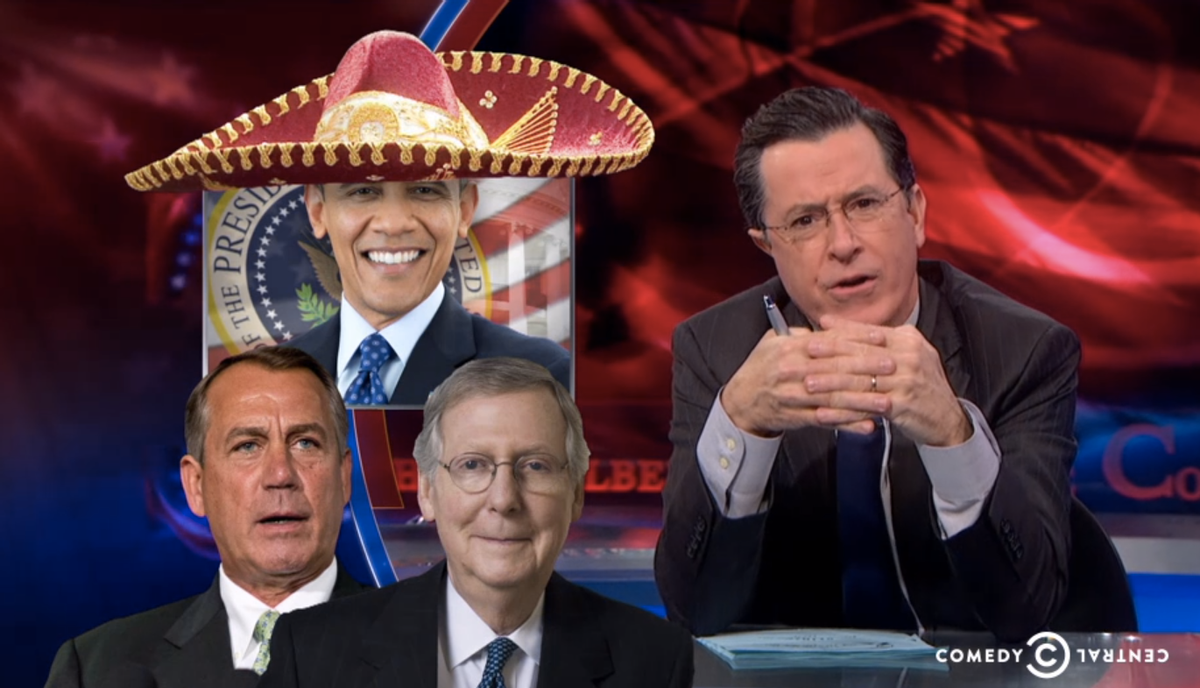 On Tuesday night, Stephen Colbert and Esteban Colberto -- who made his final appearance on the show -- gleefully mocked the GOP and the president over immigration reform. At first Colbert was pretty peeved with President Obama for taking action on immigration without Congress. He punctuated those feelings with this astute remark: "He should be working with Congress to do nothing together!"

Later Esteban jumped in to remind the audience of the terrible things that conservatives say about undocumented immigrants (nobody likes Ted Cruz, but Ted Cruz). The hilarious segment is below: