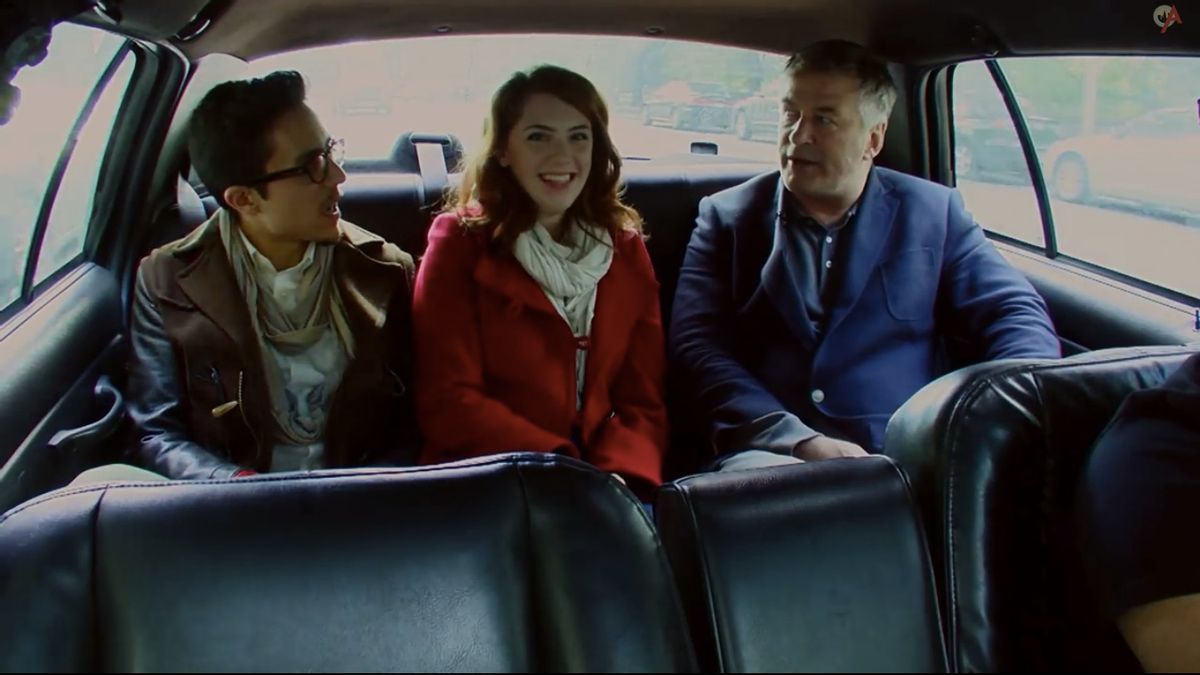 Alec Baldwin isn’t necessarily known for his people skills, but he’s attempting to update his image with a new Web series from Above Average called "Alec Baldwin’s Love Ride,” in which the self-proclaimed "internationally renowned relationship expert” takes an unsuspecting New York couple on a ride in an NYC taxi cab and -- with a little help from "SNL" writer Paula Pell -- doles out some Baldwin-esque pearls of relationship wisdom.

While some of it is legitimately heartfelt, there’s also a good dose of the salty, offensive Alec Baldwin we know and love (and love to hate, sometimes).  “Greg and I are going to kidnap you, kill you, we’re going to strangle him with a venetian blind cord and we’re going to put you in one of those boxes underneath our house in New Jersey,” he says to the first couple, Corey and Francesca, by way of welcome.

In the second video, Baldwin takes a ride with a gay couple named Toby and Brian and grills them on their five-year plan. While there's no signs of Alec Baldwin the homophobic rage-machine of yesteryear, and he’s still got a ways to go before you catch him throwing around terms like "heteronormative." As he says, when the term comes up during a discussion of marriage: “Are you a fact-checker at the New Yorker?” But it's generally pretty funny and sweet.