The beginnings of a beloved character 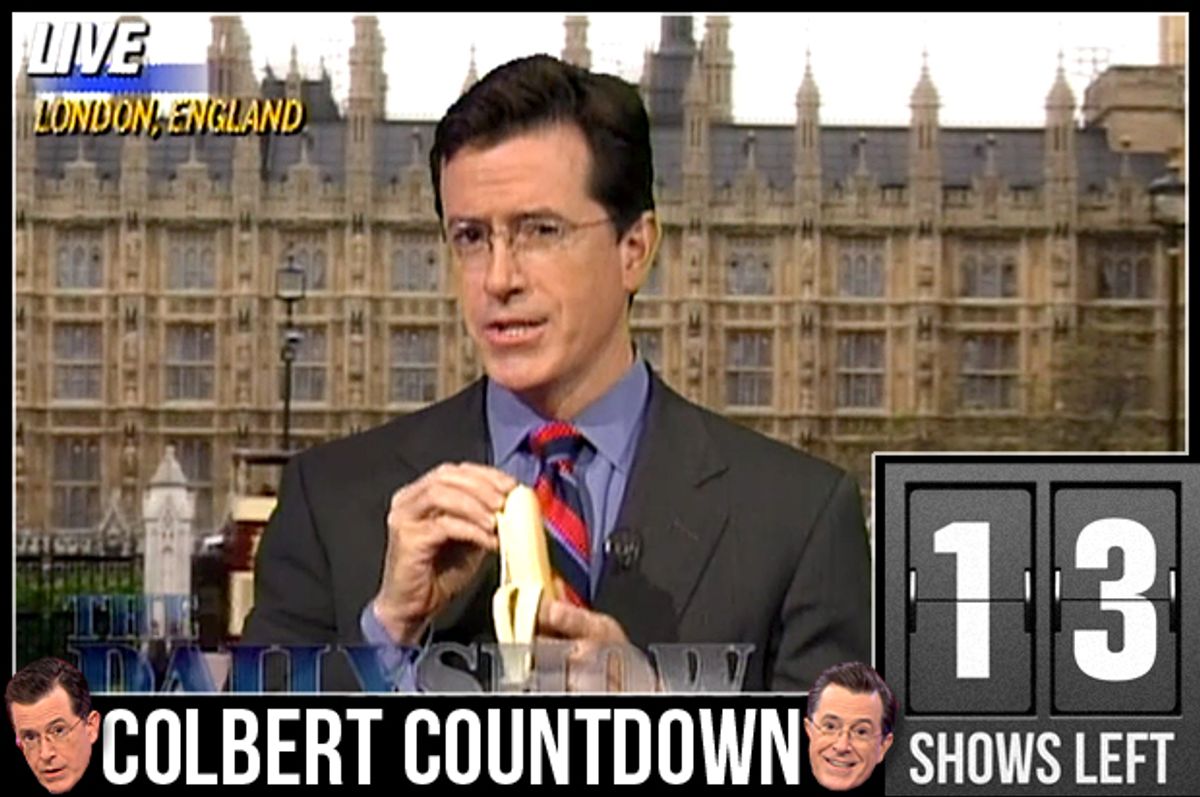 In just a few short weeks, Stephen Colbert will be leaving his blowhard political character behind, and in 2015 he'll take the reins at "The Late Show" on CBS.

Before "The Daily Show" and "The Colbert Report" evolved into two of pop culture's satirical beacons; before polls found that many people got their news from Comedy Central's satirical programs; before Jon Stewart even sat in the host's chair at "The Daily Show," there was Stephen Colbert.

He began as one of the first "The Daily Show" correspondents during the Craig Kilborn years, while he was also working on "Strangers with Candy," with Amy Sedaris and Paul Dinello. He continued as a senior political correspondent -- winning three Emmys as a "Daily Show" writer in 2004, 2005 and 2006 -- before taking the helm at "The Colbert Report." Here are some of his greatest moments from his "Daily Show" years:

Here's an example of his long-running segment "This Week in God":

Stephen Colbert as Rev. Al Sharpton is a classic segment from December 2001:

And we have part of his coverage of the Bush/Kerry election:

Who can forget Colbert on the floor of the Republican National Convention?

And here's Colbert searching for WMDs. Spoiler, he doesn't find any:

And here are some "Klassics" curated by "The Daily Show":

And I'd be remiss not to share this clip below: