Mike Nichols' best scenes: From the "Graduate" seduction to the monologues of "Angels in America"

Nichols, who died today at age 83, directed some of the most iconic performances in history 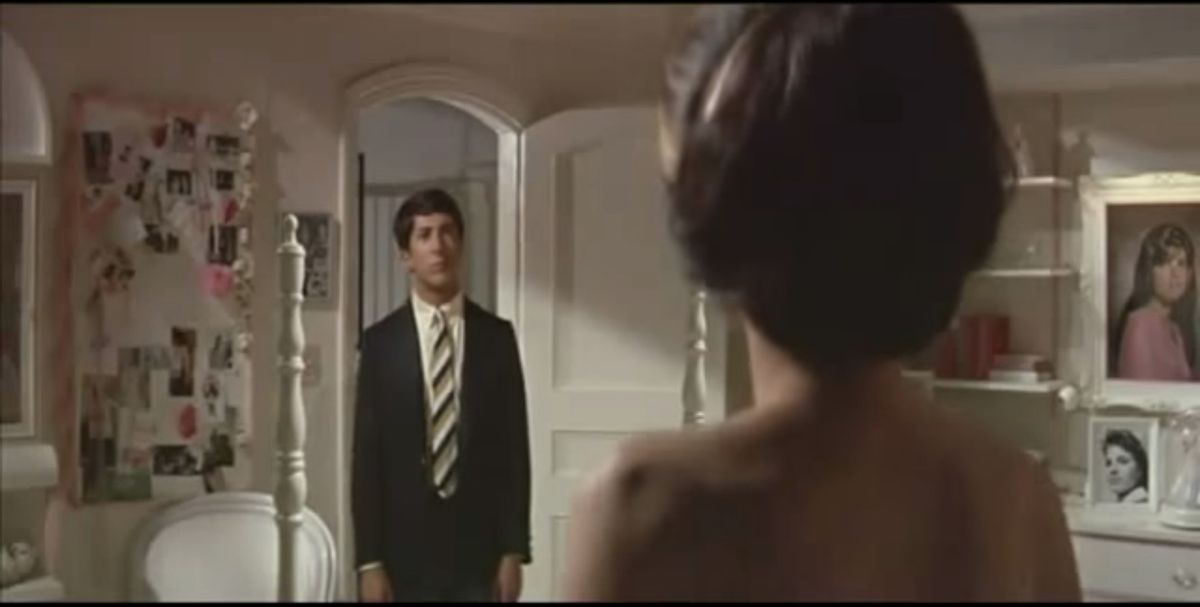 Director Mike Nichols passed away today at the age of 83 , and he leaves behind an unrivaled cinematic legacy. One of Hollywood’s most beloved filmmakers, Nichols is also one of only 12 people to have ever won an Emmy, Grammy, Oscar and Tony, and the accolades are well-deserved: Throughout his 40+ year career, Nichols presided over some of the most iconic scenes and some of the greatest performances in history. Here are some of the most memorable moments from his films:

The seduction of Benjamin Braddock (Dustin Hoffman) by Mrs. Robinson (Anne Bancroft) is one of the most unforgettable scenes in film history:

… as is the film’s poignant and endlessly analyzed final scene, in which lovers Benjamin and Elaine (Katharine Ross) ride away to an uncertain future as Paul Simon’s “Sounds of Silence” plays in the background.

Nichols' "Whose Afraid of Virginia Woolf" is one of the best adaptations of a stage play ever, and Elizabeth Taylor is ferocious in every scene she's in:

This biographical dramedy is another example of Nichols’ ability to draw gold from his actors. As firecracker CIA agent Gust Avrakotos, Philip Seymour Hoffman was at the top of his game:

In the broody, intense “Carnal Knowledge,” Jack Nicholson steals the scene over and over again as the slimy, sex-crazed misogynist Jonathan. Here he is at his malevolent best, opposite Ann Margaret:

Nichols’ turns Carrie Fisher’s novel about addiction and mother-daughter rivalry into a delightful dark comedy, buoyed by brilliant performances from Shirley MacLaine and Meryl Streep. Maclaine’s self-absorbed former starlet mother is a force to be reckoned with:

Nichols’ six-hour adaptation of Tony Kushner’s "Angels in America" is practically overflowing with iconic moments — indeed, four of the actors won Golden Globes for the performance, as did Nichols himself. It’s hard to pick one scene to pull out, but the monologue delivered by Al Pacino’s closeted, depraved lawyer Roy Cohn when he is diagnosed with HIV is a terrifying tour-de-force: