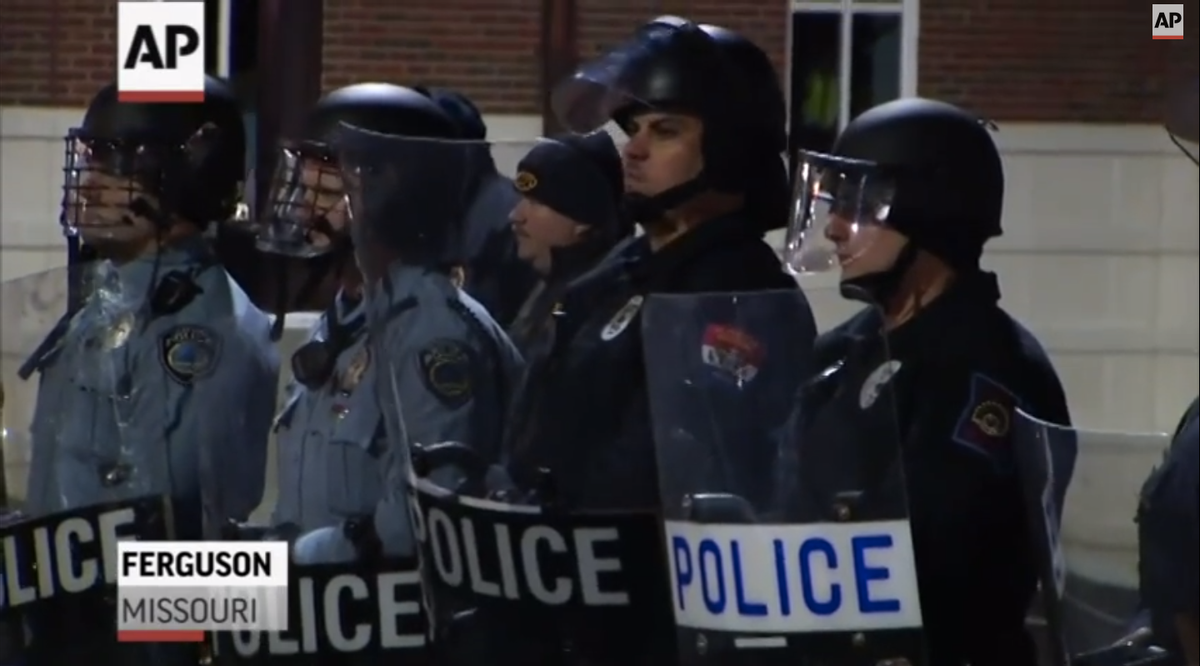 As the country awaits the grand jury's decision regarding whether Officer Darren Wilson will be charged for the death of Michael Brown, protesters and organizers in Ferguson, Missouri, are bursting with rage and anticipation. Last night, that tension finally broke in a protest held outside the Ferguson Police Department's headquarters.

Several dozen demonstrators chanted and at times closed South Florissant Road in front of the police department to traffic.

Live streamed video captured profanity-filled comments from the protesters targeting the officers who lined the street.

The protests have been nightly events since a city officer fatally shot Michael Brown, an unarmed 18-year-old, during a confrontation in August. But in recent days the crowd had dwindled.

Even with a larger turnout tonight, the number of protesters appeared to be at least evenly matched by the media covering the demonstration.

Reporters on the scene published videos and images of the unrest on Twitter:

The images of police in riot gear are notable, in that a list of Rules of Engagement (that explicitly state that cops are not to wear such gear) was sent around to local police by the Don't Shoot Coalition, a group working to prepare for the inevitability of unrest after the grand jury decision is announced.