The surprisingly large carbon paw print of your beloved pet

Humans are far from the only animals soiling the planet. Dogs alone are responsible for 10 million tons of waste 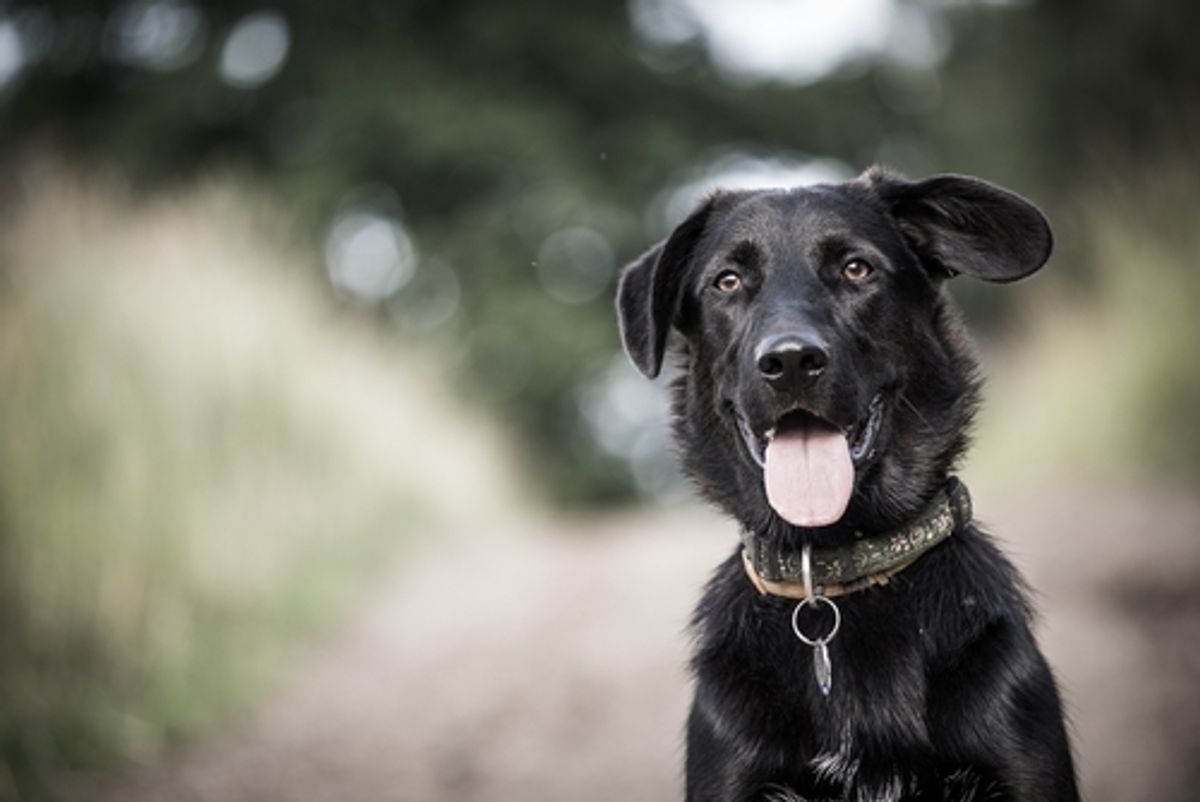 Last week President Obama announced a historic climate change agreement with Chinese president Xi Jinping. Aimed at drastically curtailing carbon emissions into the atmosphere, the goal is to rein in the carbon footprints of the planet’s two major polluters, the U.S. and China.

I wonder if the agreement contains anything about carbon paw prints. While humans and their ravenous appetite for growth remain the primary drivers of climate change and the accompanying specter of climate catastrophe, pets have a surprising negative impact of their own. Bowser and Mittens may be your best friends, but with around one billion pet dogs and cats in the world, eating billions of pounds of canned meat a year producing half a billion pounds of waste daily, Mother Nature might just consider them to be—after humans—Public Enemy Number Two.

Cats and dogs eat meat-based diets, and we all know that is the most energy intensive diet there is. Then there is the staggering amount of bacteria-laden fecal material these beloved creatures produce. American dogs alone are responsible for 10 million tons of waste a year. Can anything be done to make our pets more planet-friendly?

You consider yourself an environmentalist and are considering ditching that gas-guzzling SUV you bought a few years ago in order to reduce your carbon footprint. You might want to think of ditching Bowser instead. An average-sized dog consumes about 360 pounds of meat in a year and about 210 pounds of cereal. Taking into account the amount of land it takes to generate that amount of food and the energy used, that makes your dog quite the carbon hound. A 2009 study by New Zealand’s Victoria University of Wellington concluded that pet dogs have carbon paw prints double that of a typical SUV. John Barrett of the Stockholm Environment Institute, in York, Great Britain, confirmed the results of the New Zealand study. "Owning a dog really is quite an extravagance, mainly because of the carbon footprint of meat," Barrett told New Scientist Magazine.

OK, so maybe Bowser needs to go. How about Mittens? Well, Mittens is better than Bowser, but she still leaves a carbon paw print equal to that of driving a compact car for a solid year. The average carbon paw print of our dog or cat is higher than an average human from countries like Haiti or Afghanistan.

While we love our pets, they share our propensity to wreak havoc on the world, and not just by generating carbon. In Great Britain, for example, there are around 8 million cats who yearly kill (conservatively estimated) around 200 million wild animals, including many threatened songbirds and other species. That’s around 25 kills per feline. (Cat owners can dramatically reduce this carnage by keeping their pets indoors or by requiring them to wear CatBibs when they are outside.)

We’ve Seen the Enemy and They Are Us

The real problem, of course, is not Bowser or Mittens. It’s us. Robert Vale, co-author with Brenda Vale of Time to Eat the Dog? The Real Guide to Sustainable Living, writes that, “it's not really going to be that much of a problem if you have a big dog but also take the bus everywhere, never fly and live in a small home. It's when everyone starts to have a big car, big house, big family and a big dog that the problems start." Sixty-two percent of Americans own at least one pet; 45 percent of American households have at least one dog, 38 percent one cat. There are almost a billion pet cats and dogs globally (not counting stray and feral dogs and cats, which number in the hundreds of millions). Pet ownership is growing in countries everywhere.

Humans have been living with companion pets for 12,000 years. For most of that time, the pets had a purpose in the household: to kill rodents, herd sheep, act as guards. If not left to outright fend for themselves, they were fed table scraps we didn’t want; a bone here, a fish head there. In modern society, however, our pets are members of our families, and we don’t feed beloved family members food waste.

"Some people now spend more on feeding their pets than they do feeding their children," says Ben Helm, sales director of Golden Acres, a large British pet food manufacturer. We feed our canine and feline family members the same delicious gourmet food we would want to eat. We clothe our pets, and buy them doghouses and cat condos and treadmills and water fountains and booties and toothbrushes and jewelry and shampoos and thousands of other products, all of which require enormous amounts of energy to manufacture and transport.

It is not surprising to learn that corporate greed is fueling the “need” to create this lifestyle of the rich and furry. Pet product sales are expected to grow to $95 billion by 2017. Only a few corporations control 80 percent of the worldwide market for pet food, companies like Mars, Proctor and Gamble, and Colgate. These are the same behemoths that have created markets for processed foods and personal care products for humans. While they protest that they are environmentally friendly corporations, the facilities they use to manufacture and transport their products are decidedly not. Starting with the meat that constitutes most of the product itself, to the materials used to produce and package the food, and ending with the trucks that bring the products to market, all are enormously damaging to the planet. Fossil fuel is used all along the production line and carbon pollution is significant, as well as pollution from fertilizers, pesticides and the final product, animal waste.

That's a lot of planet damage just to make sure Bowser and Mittens eat like kings and are wearing the latest pet fashion trend.

The Scoop on Poop

In the city of Calgary, in Canada, the Humane Society estimated that there were 125,000 dogs. Those dogs produced 15,000 tons of animal waste a year. In all of Canada, 620,000 tons of canine feces were produced. In San Francisco, the estimate is that 4 percent of municipal waste is dog feces, about the same as disposable baby diapers. In the U.S., American dogs bless us with 10 million tons of waste a year. Cat litter accounts for 2 million tons of landfill space (and clay litter, the predominant choice of litter, is not biodegradable). In 1991, the Environmental Protection Agency placed canine feces in the same category of pollutant as oil, herbicides, insecticides, and other deadly contaminants.

Dog waste is full of bacteria that is harmful to humans, causing cramps, diarrhea, kidney problems, and many other intestinal illnesses. According to the EPA, waste from just 100 dogs could produce enough bacteria in three days to close a bay and all watersheds within 20 miles to all shellfish fishing and swimming. In Northern Virginia, at the Four Mile Run watershed, there is a population of around 11,400 dogs, and they produce about 5,000 pounds of feces a day. This waste has been identified as a major source of bacteria in the stream. When water samples were taken (500 samples since 1990), about half of the samples exceeded standards for the bacteria that dog waste contains (fecal coliform bacteria). Despite this, when surveyed, 40 percent of the dog owners admitted to not picking up their dog’s waste because it was “too much work.” In Seattle, Washington, samples from watersheds showed that 20 percent of the bacteria in the water was from dog waste.

This does not let Mittens off the hook. Cat waste is just as harmful as dog waste. In addition to other bacteria, cat waste contains a parasite that can cause toxoplasmosis, which can be extremely harmful to the fetuses of pregnant women and to those with weak immune systems. The toxoplasma gondii parasite can survive for more than a year in soil, thus contaminating landfills, and contaminates water when cat waste is flushed. Marine mammals like the sea otter have been threatened by toxoplasma contamination.

Is There a Solution?

What's a pet owner to do? Obviously, we are not going to simply dispose of our animal family members. We love them, and deservedly so. Pets are good for us. Beyond the love they give us, studies show their companionship lowers our blood pressure. They keep us sane, and ultimately allow us to live happier, longer lives. Wayne Pacelle, president of the Humane Society of the United States, points out, "It is our own consumption of these products that is the primary problem." What’s more, he noted, dogs and cats "aren't driving to work."

The choices we make as pet owners can reduce our pets’ carbon paw print. Beef production has a much higher environmental impact than chicken or fish production, so by avoiding pet foods (and human foods for that matter) derived from beef, we help reduce carbon pollution. Quit flushing the cat litter. Switch from clay litter to a more sustainable litter that is biodegradable. Keep your cat indoors to prevent her from killing birds. Don’t walk your dog near waterways (and wherever you walk him, pick up his waste). Don’t overfeed your pet. Like humans, pets are suffering from an obesity epidemic. Typically we now feed them two or three times the amount of protein they need, and it is the protein production that is most damaging to the planet (by feeding them less protein and a higher-quality food, they will produce less waste). Ask yourself if you really need all those pet toys, clothes and other paraphernalia adding to the tidal wave of carbon emissions and overfilled landfills. Please.

“This is really about a commercial system we have created,” notes Patricia Cameron, executive director of Green Calgary, a non-profit making the effort to reduce greenhouse gases. “When you look at dogs, their needs are very, very simple.”