“You’re the Worst” and “Broad City,” two of the best shows of 2014, changed the way we think about TV relationships 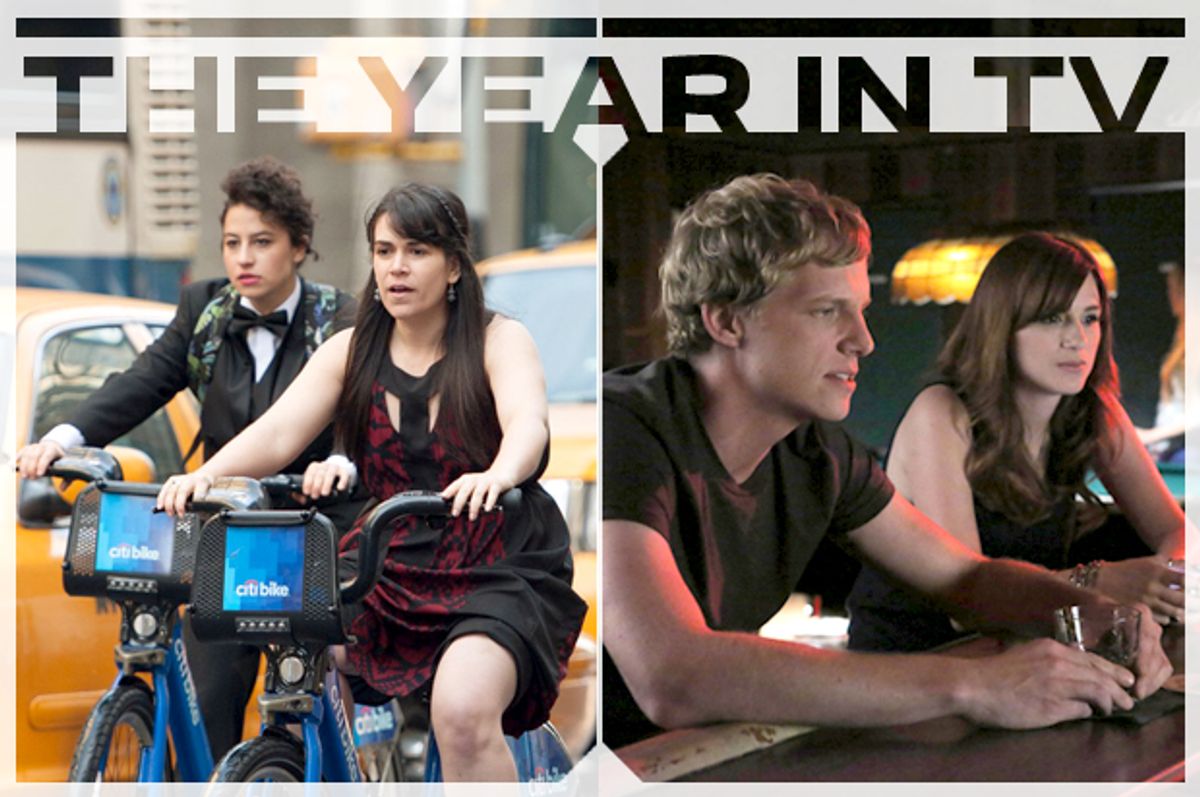 Abbi Jacobson and Ilana Glazer in "Broad City"; Chris Geere and Aya Cash in "You're the Worst" (Comedy Central/FX)
--

This is the first piece in a series unpacking the shows that broke serious new ground on TV in 2014.

But for me — and I imagine fans of most shows would agree — the nudity, sex jokes, drug scenes and scatological humor aren’t really in the forefront of how I’d characterize the shows, or describe them to a friend. They’re all plot devices on the way to getting at the truth at the center of both shows — a love story, in two very different incarnations. In “You’re the Worst,” the love is between the leads Jimmy and Gretchen, two messed-up people who attempt to have a “normal people” relationship despite being, well, the worst. In “Broad City,” the love is between two best friends, Abbi and Ilana, who are devoted to each other in a city littered with obstacles.

“You’re the Worst” is a half-hour sitcom from Stephen Falk, who pitched it as a “boozy, British-y, cable-y ‘Mad About You.” It’s got a far more traditional setup than “Broad City”— two leads, each with best friends, and a lot of age-inappropriate high jinks. “Broad City” is less a sitcom and more a plotty sketch show, created, written and performed by comedians Abbi Jacobson and Ilana Glazer, real-life and on-screen best friends. “You’re the Worst” is decidedly more acidic and snarky, and “Broad City” is weirder and, well, broader.

What’s impressive about both — and to my mind makes them stand out in the television landscape of 2014 — is that both manage to be hilarious and affecting while leaving the audience wanting more. It’s not easy to make a funny show. It’s even harder to produce a lived-in love story that feels real. And though the shows are about two different kinds of love, ultimately they’re about being a certain age in a certain era and trying to find a reliable way to survive. (In love and in life. the generational markers of smuggling weed in various orifices or stealing liquor from open houses are joined by anxiety about getting and keeping jobs.) Both shows, in fact, are so uniquely genius that it’s really hard to understand how either works as well as it does. The former is a show about two admittedly terrible people getting together; the latter is about two girls who don’t have their shit together careening around New York at top speed. But both are among the best new TV shows of the year.

Their success is easier to see in contrast to other TV failures. In September I wrote “The Rise of the Rom-Sitcom,” about how the romantic comedy — typically a film genre — had made the move to television, with mixed results. That piece anticipated a fall season with at least three different freshman rom-sitcoms: “Manhattan Love Story” “Selfie,” and “A to Z.” Since then, all three have been canceled: “Manhattan Love Story” had the dubious distinction of being the first casualty of the 2014-2015 television season.

The problem is television, because television takes all the same romantic conventions that work well for films and songs and musicals and adds time. Twenty-two episodes. Four seasons. Six months between seasons. Actors who don’t renew their contracts. It’s enough to make even the purest love sour; even Nick and Jess on “New Girl” broke up, goddammit, and they had one of the most wonderful courtships on television.

The endless storytelling is the primary reason why television sitcoms devolve into surrealism after a certain point. Some ambitious shows use that surrealism to their advantage: “Arrested Development” started commenting on how it’s going to be canceled halfway through the third season, and “Archer” turned its entire cast into drug dealers for a while. More traditional sitcoms just feel like they exist in a world that hasn’t changed for the last several years; the last few seasons of “Friends,” for example, were composed of several dozen episodes where the characters were stuck in the limbo between being pratfalling young idiots and responsible adults who have learned something from their experiences. In either scenario, character development freezes. It’s hard to make people grow up and change when you have to write them into a new funny scenario the following week.

“You’re the Worst” is not only doing the exact opposite of this sitcom holding pattern, it’s making it look easy. The show’s dedication to a fast-moving story makes for one of the most honestly enjoyable first seasons of a sitcom in quite a while. “New Girl,” the network comedy most similar to “You’re the Worst,” drew out its main characters’ romance in a protracted second-season arc. “You’re the Worst” settled the question of whether or not Jimmy and Gretchen were going to sleep together in the first scene of the pilot. It feels real, not surreal. And because the show doesn’t have to maintain the sanitized standards of network comedy, the messy work of being intimate with another human being is the show’s go-to for laughs. Especially when both leads are snotty, unreliable, petty criminals who somehow also manage to be lovable and vulnerable.

“You’re the Worst” feels like it’s changing what a relationship can be on television — and less because it’s complicated, and more because it’s (sort of) happy. Television loves getting super depressing with existing relationships: “Mad Men,” for example, has destroyed pretty much every marriage it’s introduced. Love is a sideshow in the endless crushing farce that is the human condition, sure, but you have to laugh at some point. “You’re the Worst” offers a way to do that; by encouraging its leads to maintain a sense of humor about themselves, it offers a way for audiences to do the same. It’s not that life isn’t sometimes the worst. It’s more that there’s a way through, and that will probably require some kind of human interaction, so you might as well enjoy the ride.

“Broad City” is a show with fewer pretensions to storytelling or character development — it’s a show that turns heads just by existing. It’s a show about women, by women, for women: There’s a lot of swagger to “Broad City,” a kind of freewheeling self-aggrandizement that has been, until now, typically reserved for men. The critical noise around the show grew well after the first season finished its run. It was a show women were telling other women about.

That in itself is groundbreaking. Considering the continued hoopla around HBO’s “Girls”’ mere existence, it’s worth pointing out that “Broad City” is similarly about young broke girls in the city, but way less self-involved, and a lot funnier. And where the friendships in “Girls” are ultimately pretty hollow, “Broad City” is about two women who care deeply about each other. The entire show is a sketch of their relationship — from shopping to go out to a cocktail party to getting stoned at the dentist’s office.

And that’s how it gets around the rom-sitcom pitfalls that have ensnared so many other shows: Some of their adventures are totally surreal, yes, and the performers play out their characters’ quirks to the point of hyperbole. But the relationship at its center is the point of the whole thing, and with regards to each other, Abbi and Ilana already have their happy ending. The rest is just gravy.