When Colbert went to Washington: His 12 best segments on immigration reform

Remember when he testified to Congress? 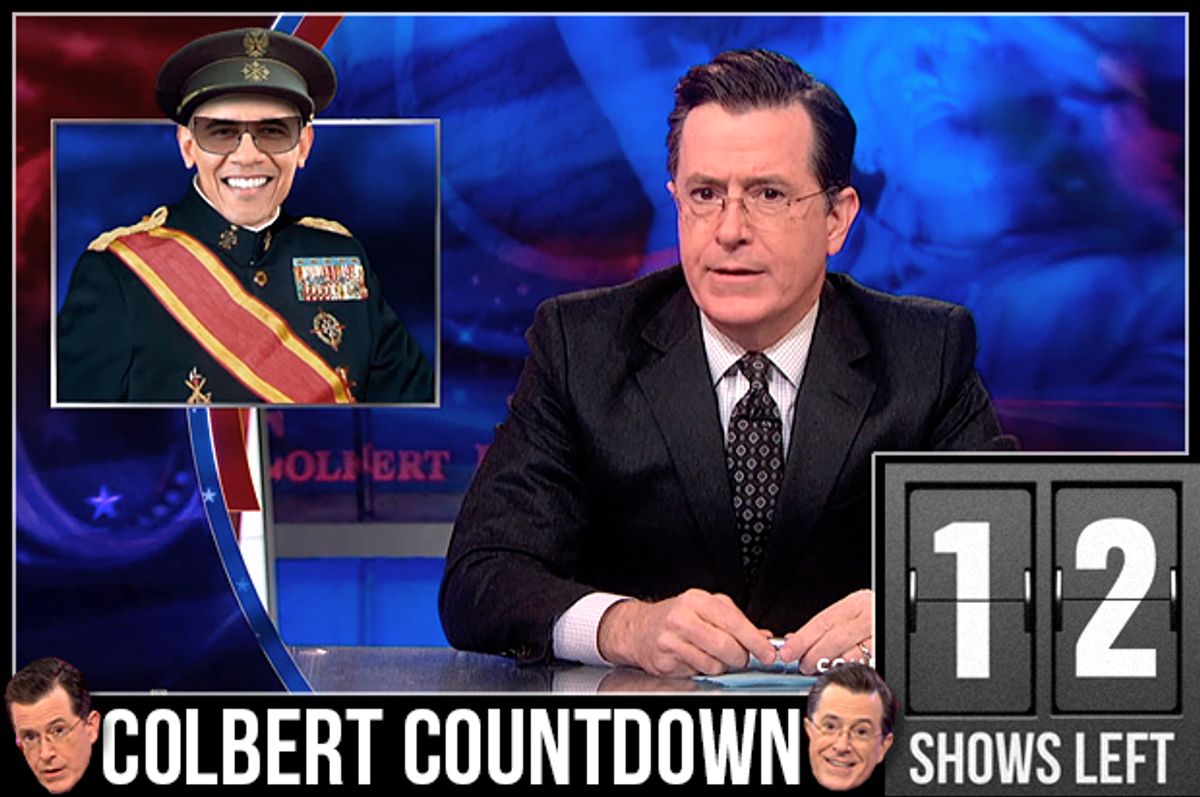 Stephen Colbert has tackled many important topics over the years, including the timely topic of immigration. Though his character Esteban Colberto is a bit culturally insensitive and controversial in its use of trite stereotypes, Colbert has looked at the topic from many angles.

He's mocked Rand Paul from running from DREAMers, he's spoken to activists and he actually worked for a day in the fields as part of "Take Our Jobs" campaign, and then testified about the experience in Congress. (And while Colbert only experienced one day in the job of a migrant worker, he did bring quite a bit of publicity and light on this campaign.) Here are some of his best segments on immigration:

This morning he did a bit on President Obama's executive order:

Colbert poked fun at the conservative reaction to the refugee children:

And he mocks the Heritage Foundation:

And here is his interview with Arturo Rodriguez from "Take Our Jobs":

Here is Colbert's time in the fields:

And the second part::

And here is his testimony (in character) to Congress: