Our transit future in peril: How idealism is threatening to derail vital projects

A long-planned project to build streetcars for a Washington suburb was just nixed. Here's why it matters 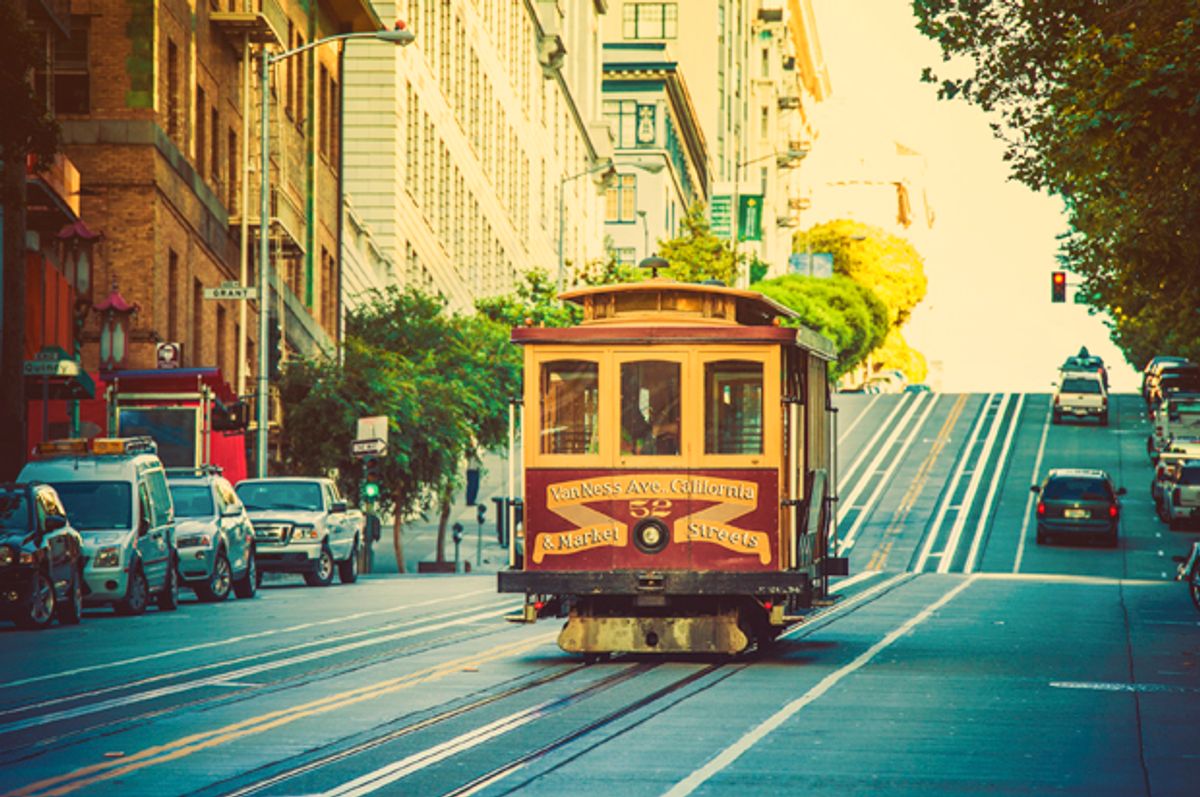 The longtime plan to build rail transit on two of the major roads in this Washington, D.C., suburb officially died on Tuesday, thanks to a gradual but decisive shift in the political control of the county.

It was money, more than the fine points of planning, that derailed the streetcars. But it’s not only fiscal conservatives who have celebrated the decision to stop the projects. Many transit advocates, too, have expressed relief, arguing that the project’s shortcomings were sufficient to commend — from a pro-transit perspective — its cancellation.

In this respect, the scuttling of the Arlington streetcars highlights the deepening rift in the American transit movement. Though nominally a disagreement about the purpose of transit infrastructure (moving people vs. spurring development) and the value of a streetcar that shares a lane with cars (is it better than a bus?), it's more broadly a contest between pragmatists who laud transit investment despite flaws and idealists who hold out for something better.

In the fight against car culture, where the victories are small and infrequent, should transit supporters entertain the idea of solidarity? Or, on the contrary, does a flawed project jeopardize future projects?

What was lost, this week, was a plan that had been taking shape since 2003, securing funding in the Virginia statehouse and the backing of local officials and businesses along the way. In neighboring Fairfax County, where a small segment of one line was to run, the political establishment was also in favor. But a series of elections to the Arlington County Board in which pro-streetcar candidates lost convinced the board that the project had lost popular support.

Arlington has historically been a transit-friendly place. Proactive planning and the growth of Washington, D.C., have helped the county, once a bedroom community for federal bureaucrats, morph into a city in all but name. Mixed-use corridors, two central business districts, the largest office building in the United States, and a handful of Metro stations have contributed to a sense of newfangled suburban hybridity.

But though its 25 square miles contain more residents (224,000) than Providence, Birmingham, Salt Lake City, Charleston or New Haven, Arlington is notably deficient in public spaces and great streets. Arlington, writes Ben Adler in the Washington Post, was “designed to serve the enormous spatial needs of cars, not the psychic needs of human beings.”

The Columbia Pike Streetcar, in a neighborhood with commercial vacancy over 20 percent, was intended in part to address that problem. Its supporters touted its ability to attract pedestrians, businesses and new development. The real estate company Vornado is planning to build one of the largest new developments in the D.C. area between the two streetcar corridors, and had offered to donate land for a streetcar maintenance facility.

For opponents of streetcars, that kind of talk sums up the problem: The streetcar is designed for real estate, or in architectural terms, “placemaking.” It is not necessarily a superior way to get people quickly from place to place. Its value as pure transit is questionable.

The fracture over Arlington is bigger than the great streetcar debate. It extends to projects like Austin Light Rail, a $1.4 billion proposal endorsed by the Austin City Council but rejected by voters in a referendum earlier this month. That project had earned the opposition of both anti-transit groups and pro-transit groups who thought its route was the wrong one.

Those in favor of new projects have accused transit purists of making the perfect the enemy of the good. Critics of the streetcar, David Alpert wrote in CityLab in October, “have no duty to support Team Transit no matter what. They should speak their minds. And anyone who supports mass transit expansion should want it to be as close to perfect as possible.”

But something, Alpert maintains, is often better than nothing.

What are the reasons that transit purists prefer to see flawed projects die? In rare cases, they argue that the transit corridor in question will actually get worse. More often, they say that the project is a bad use of resources for marginal gain. For the price of one streetcar, the thinking goes, we could have built a handful of bus rapid transit lines. Or vastly improved existing bus service.

Such complaints are valid. But they are also flawed.

For one thing, such talk is often insincere. In Houston, for example, some of the most vocal opponents of light rail have positioned themselves as bus populists. In fact, they are philosophically opposed to transit. Since “no to transit” is not a tenable political slogan, the war-on-cars crowd has come to love buses. No doubt they’ll come up with a parallel argument when it’s bus rapid transit that’s on the table.

For another, canceling one project doesn’t clear the way for the next. Who knows if Virginia will agree to dedicate its share of the streetcar funding to whatever Arlington comes up with a decade down the road. (Or if Arlington will ever get permission from the Virginia Department of Transportation to seize lanes from cars.)

In most cases, transit money from canceled projects is quickly shifted elsewhere. In 2010, after canceling plans for what would have been the first trans-Hudson rail tunnel in a century — a project that, like most, had flaws that irked transit experts — New Jersey Gov. Chris Christie shifted the money to road improvements. Last year, Cincinnatti Mayor John Cranley won the election on an anti-streetcar message, only to change his tune when he learned the city would lose $45 million in federal funding.

Finally, opponents of mediocre initiatives say (rightly) that bad transit precludes future improvements. This is true in a political sense, in that poor work can discredit supporters, politicians and planners. The Washington Post, for example, cites Arlington’s “million-dollar bus stop” fiasco as the first blow in the death of the streetcar. In Washington proper, the troubled H Street streetcar has caused the Post editorial board to urge Mayor-elect Muriel Bowser to halt all future streetcar construction.

It’s also true that completed transit projects, whatever their merits, relegate rival proposals to the dustbin. Obviously, a mixed-traffic streetcar on Columbia Pike would make a Metro extension extremely unlikely. The construction of one $600 million light rail line in Austin would put a second quite far in the future.

But the final, crucial variable in evaluating compromised projects is time. Whereas highways are constructed or widened in the blink of an eye, drawing little political protest and requiring little evidence of need, transit projects can literally take a lifetime.

How long will it take Arlington (or Austin, or Tampa Bay) to draft and pass the perfect plan? And in the meantime, how many thousands of people and businesses will have moved out to the exurbs along the highways of Texas, Virginia and Florida, priced out of what little walkable urbanism has been created?