This isn't your old-fashioned "Schoolhouse Rock" 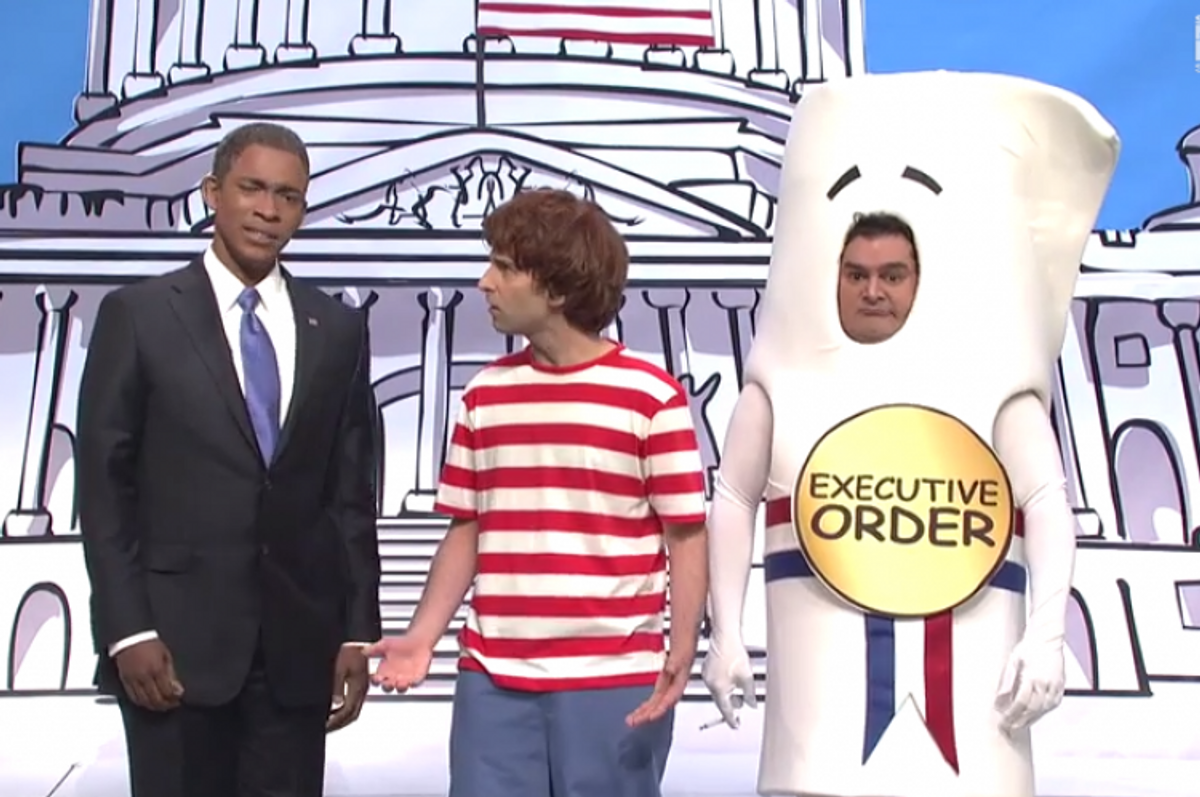 With near-constant talk of filibusters, executive orders, continuing resolutions, and government shutdowns, "Schoolhouse Rock" has long been due for an update.

"Saturday Night Live" took a stab at it this weekend. No longer do you have your simple bill on Capitol Hill (played by Kenan Thompson), but you've also got your executive order (played by Bobby Moynihan), which President Obama (Jay Pharoah) can deploy on issues like deportation relief for unauthorized immigrants.

"Well I’m an immigration bill, and one day the Republicans might create me, so I could become a law," Thompson says.

"I'm an executive order and I pretty much just happened. That’s it!" Moynihan says.

Playing on conservative rhetoric against President Obama's immigration order, a befuddled pupil asks, "But don't you still have to go through Congress first?"

Watch the sketch below, courtesy of "Saturday Night Live":