For decades, the idiot pundit class has pushed Democrats to the right after every loss. It's not working this time 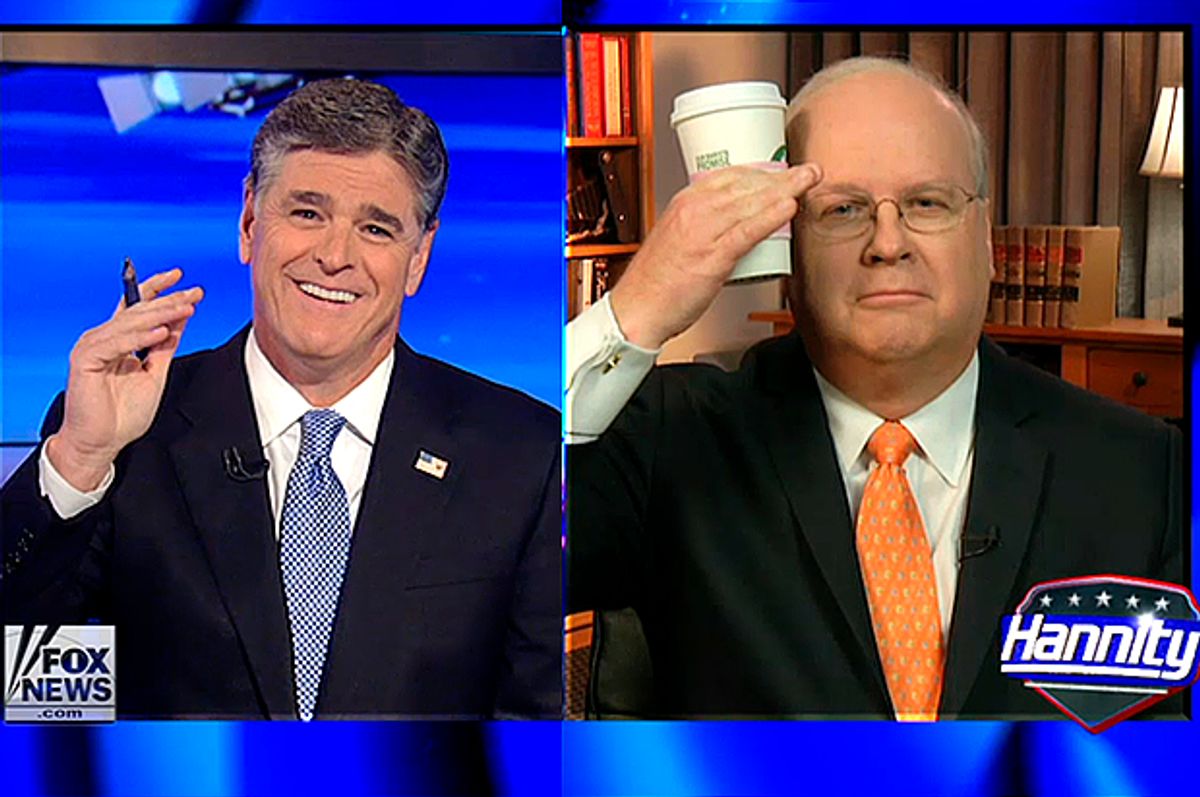 Thirty-four years ago, after a different disaster for Democrats, the pundit form known as the electoral postmortem reached an important milestone. It happened on the “MacNeil/Lehrer Report,” a then-influential PBS news program, on the day in 1980 following Jimmy Carter’s landslide defeat by Ronald Reagan. Morton Kondracke, on his way to becoming one of TV’s most respected bombastinators, was part of a panel sifting through the results. The traditional Democrat among the group was in despair; the Republican was jubilant. Then, like a ray of light through the darkness, came the words of the rising pundit princeling: “It seems to me,” Kondracke announced, “that what the Democratic Party has to do is adopt some sort of a — what might be called a neo-liberal ideology.”

The author from whom I derive this account of that shifting-of-the-tectonic-plates moment, Randall Rothenberg, proceeded to ennoble his description of the exchange with all the drama he could summon: He described Kondracke as a “youthful, guileless Midwesterner,” whose idea—“neoliberalism”—was so brash and shocking and just plumb outrageous that it actually startled the program’s host, Jim Lehrer (“What in the world is that, Mort?”). Indeed, the story of Kondracke’s TV pronouncement was supposed to be so momentous that it was the very first tale Rothenberg related in Chapter 1 of his 1984 salute to political pragmatism, “The Neoliberals.”

Rothenberg went on to roll out the other familiar rhetorical stratagems that have been used so frequently over the last few decades to hustle traditional liberalism off the stage—the changing of the generations, the obsolescence of “the solutions of the thirties,” even a shot of economic determinism. (“[T]he industrial age had given way to the information era. And with it, liberalism was overtaken by neoliberalism.”) But the guile-free Kondracke’s deft intervention after the Democratic defeat of 1980 came first. That was the kind of heroic punditry that was needed to put this thing over.

Don’t bother me with reality-based objections, like pointing out that the Carter Administration was pretty damn neoliberal to begin with—I know it. Everyone knows it. Even Morton Kondracke probably knows it. It doesn’t matter. The reason we look back to that valiant TV moment from 1980 is because it advanced a formula that, through endless reiteration, has worked extraordinary changes in the Democratic Party over the years. You can be a heroic pundit yourself, simply by repeating it: Since every election is a contest over the “center,” every round that goes poorly for Democrats is a call for that party to move to the right. All Democratic failures are, by definition, failures of the left.

There had been electoral postmortems before the one in 1980, obviously, and there had been calls for one party or the other to come to the center as well. But the specific kind of postmortem delivered by Kondracke in 1980 has stayed with us; as formal as a haiku, as predictable as this month’s electric bill. “Somehow, it always goes down the same way,” Rick Perlstein writes: “Democrats move to the right and lose an election—and then pundits claim they lost it by running to the left.”

You know how this story unfolds, right? Carter’s vice president, Walter Mondale, ran for the presidency in 1984 on a platform that The New York Times called “bluntly conservative,” a “turn to [the] right,” because it promised spending cuts and higher taxes in order to deal with the federal deficit. Yet, after Mondale lost—in a landslide even worse than Carter’s—the verdict among pundits and Democratic strategists was well-nigh unanimous: The party had to cut its ties to what were then called “special interests” (meaning labor and African-Americans) and find its way to the center.

On and on it went. The Democratic presidential candidate in 1988, Michael Dukakis, seemed like a centrist’s dream, a post-partisan problem-solver who famously refused to call himself a liberal until the race was as good as lost. Once he had been good and properly floored by George Bush senior, however, the centrist Democratic Leadership Council, high priests of the move-to-the-right postmortem, found it convenient to make Dukakis the symbol of everything they despised.

Bill Clinton, though, won elections; therefore: Visionary! Meaningful! A champion of the “vital center”! Except for when Bill Clinton didn’t win elections (like in the mid-terms in 1994, after getting the Republicans’ beloved NAFTA passed); in which case: Hie thee to the center, lib’rul! Al Gore, a DLC centrist of impeccable credentials, lost his bid in 2000; therefore: Populism discredited for all time.

Barack Obama presented the mythmakers with a challenge. On the one hand, he is obviously a fellow worshiper at the pundits’ post-partisan shrine, and his efforts to conciliate the GOP and be nice to Wall Street have sometimes been enough to make one wince with shame. On the other hand, the right has always regarded him as a socialist and maybe even a Satanist. So, what is a pundit to make of him?

Well, duh: the same as always. When Obama succeeds, it is yet another triumph for centrism, even when Obama pulls off the win by going “populist,” as he did against Mitt Romney. When Obama’s team loses, as came to pass earlier this month, the man suddenly no longer represents the “center” at all; now he has supposedly led his party into the wilderness of the left. This is asserted even though the man didn’t do anything significant to speak of between the 2012 and 2014 elections. As a postmortem in The New York Times a few weeks ago asserted:

“Democrats largely abandoned the more centrist, line-blurring approach of Bill Clinton to motivate an ascendant bloc of liberal voters. That strategy twice secured the presidency, but in the two midterm races it meant sacrificing the culturally conservative districts and states that had ensured Democratic congressional majorities.”

There is a certain faint-heartedness here that is worth noting. Compared to the full-throated denunciations of liberalism you used to read after every failed Democratic effort, this is weak stuff. Maybe, after all these decades, the wheels are finally starting to come off this rhetorical bus.

Consider what happened this month to Senator Mark Warner of Virginia, a sunny, high-tech Democrat so completely given to the postpartisan fantasy that he campaigned with a prominent Republican by his side. Despite his resolute and unquestionable dedication to centrism, Warner nearly lost to a former adviser to George W. Bush, a man with about as much concern for the conventions of moderation as a cat has for table manners. How could such a thing come to pass? Unfortunately, the reigning science permits but one interpretation, and the Washington Post tried gamely to express it on the day after the election, regardless of how absurd it sounded: Virginia voters must have believed that Warner was in fact “too closely associated with national Democrats,” too given over to their various left-wing measures.

Again, what impresses the reader is the lack of conviction here—the feeling that the Post is merely going through the motions. Read enough of this year’s crop of postmortems and you start to suspect that not even the amateur political scientists who dispense these fatuities really believe them anymore.

Well, it’s about time. Think of the clichés from which the pundits’ judgments have been formed over the decades: The power of the “center.” The march of the generations. The waves of technology that require us either to surf or be drowned. These are not ideas. They are substitutes for thought, a kind of astrology that is propped up by convenient facts selected with exactly the sort of politicized blindness that this pseudo-science ascribes to everyone else.

One of the fondest vanities of centrism always has been its assurance that every responsible person in Washington, regardless of party, knows what needs to be done—entitlements must be cut, deficits must be brought under control, free-trade deals must be passed, and so on. Grand Bargain, here we come.

Today, however, the tables are a wee bit turned. Our single grandest problem these days is one of constantly falling wages, of deindustrialization, of the destruction of our small towns, of the collapse of the middle class. It is familiar to all informed citizens outside, say, the top 10 percent of the income distribution, and yet our politicians seem incapable of doing anything about it.

In the face of these obviously changed circumstances, the rhetorical formulas of the 1980s no longer make much sense. Indeed, they are part of the problem, the political logic that gave us NAFTA and bank deregulation. But while the clichés of old are more meaningless than ever, the bombastinators of our time have yet to confront the terrifying possibility of today: that our system has been so colonized by money that it might no longer be capable of giving us the politics we need.