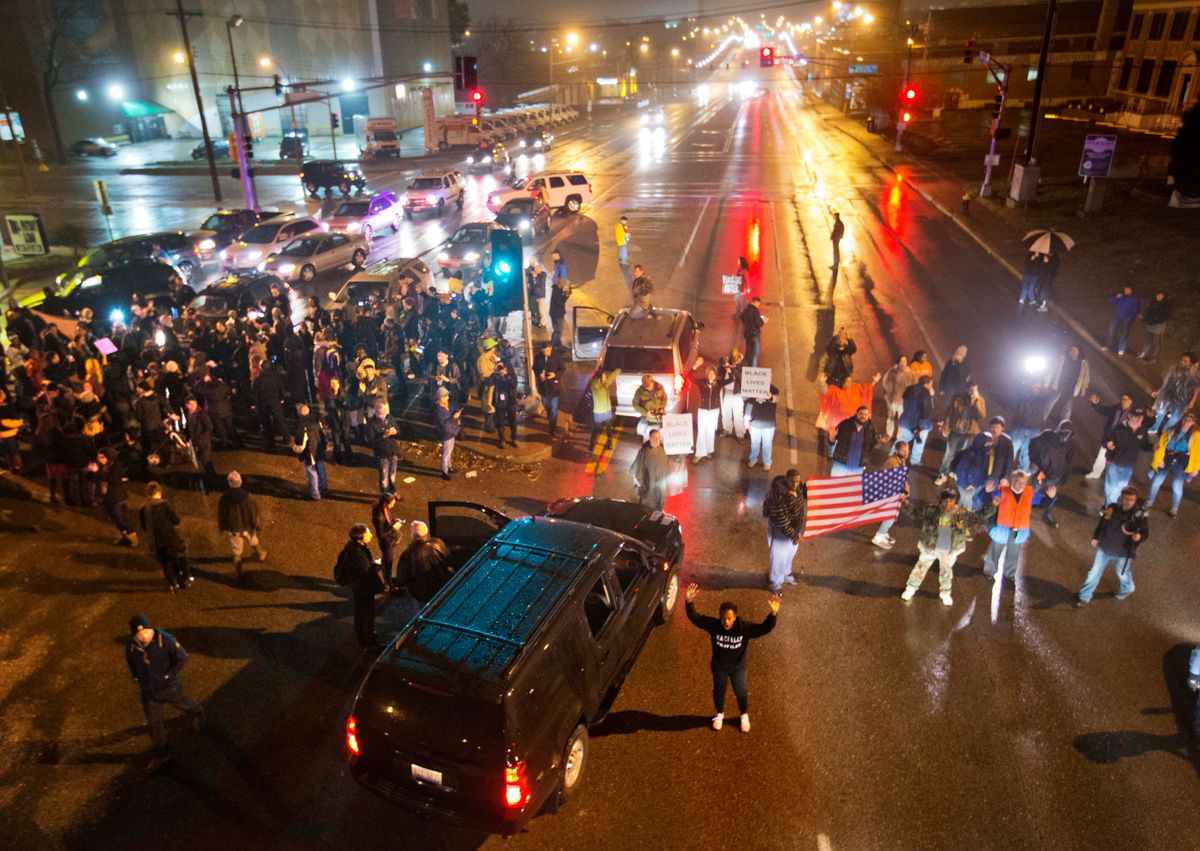 Demonstrators block a busy intersection while marching through the streets to protest the August shooting of Michael Brown, Sunday, Nov. 23, 2014, in St. Louis. Ferguson and the St. Louis region are on edge in anticipation of the announcement by a grand jury whether to criminally charge officer Darren Wilson in the killing of 18-year-old Brown. (AP Photo/David Goldman) (AP)
--

The grand jury weighing whether to charge Officer Darren Wilson in the killing of 18-year-old Michael Brown apparently didn't reach a decision Friday, and there has been no official confirmation on when it will reconvene.

Many Republicans who may run for the nomination are using a lot of heated rhetoric, but most are not urging any specific steps to oppose the president's action on immigration.

Washington and Tehran have already begun discussions on continuing talks beyond Monday's deadline as they fail to break deadlock on reaching a nuclear agreement.

The suicide attack on a prominent female lawmaker's motorcade last week is raising fears over the rollback of women's gains in the conservative country.

5. AUSTRALIAN MOM CHARGED WITH TRYING TO KILL BABY SHE LEFT IN A DRAIN

The week-old infant had survived five days in a gutter on the side of a highway when cyclists heard it crying.

While it may seem that everyone has an iPhone or shiny Galaxy device, many Americans are opting for cheaper handsets that do the job without the high price tag.

7. WHO IS RECRUITING CHILD SOLDIERS

Islamic State militants in Syria actively conscript children for battle and commit abuses against the most vulnerable, according to a growing body of evidence assembled from residents, activists, independent experts and human rights groups.

8. WHAT BUFFALO FACES IN WAKE OF RECORD SNOW

Residents in and around the western New York city are bracing for floods and evacuations as up to 7 feet of snow melts amid warmer weather.

From doorbusters to free giftwrapping, the recently legalized pot shops are trying to ring in some extra dollars while selling such goods as grower gift sets.

New England collects another blowout win in 34-9 rout of Lions.