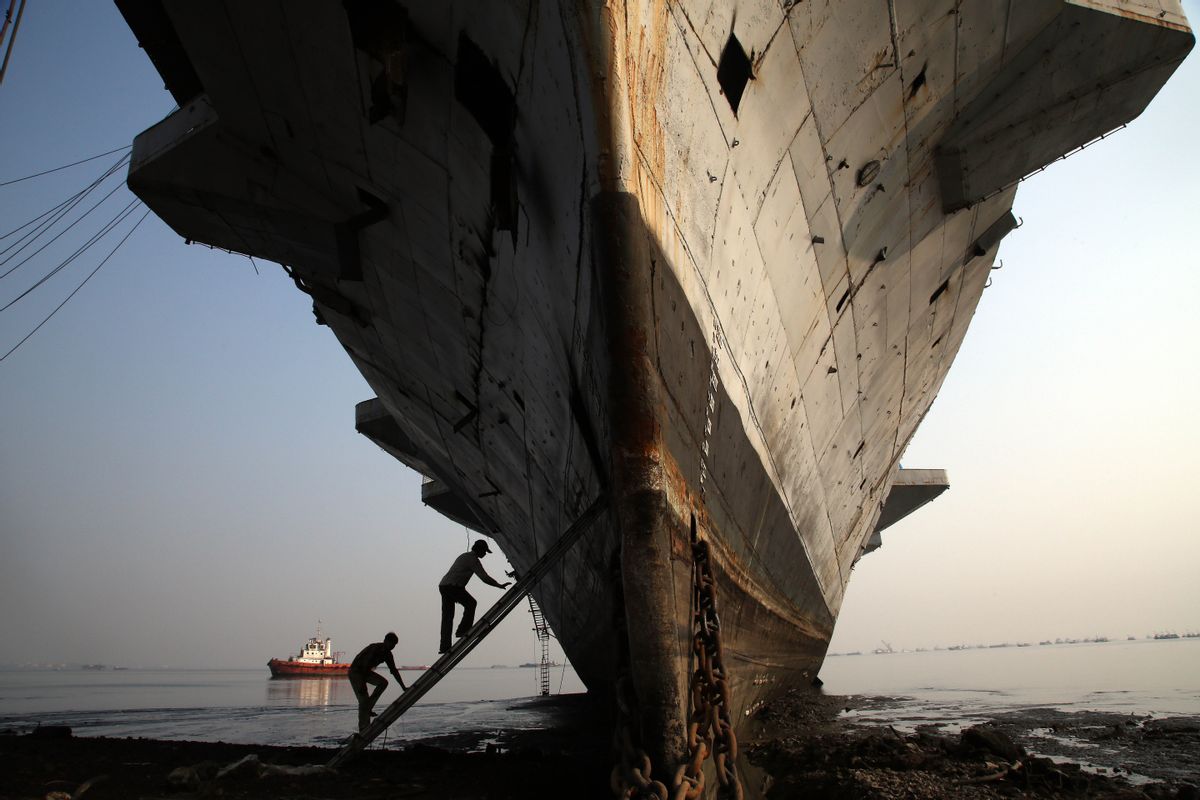 Workers climb to enter India's first aircraft carrier INS Vikrant to dismantle it at a ship-breaking yard in Mumbai, India, Saturday, Nov. 22, 2014. The iconic naval vessel, that was purchased from Britain in 1957, played a key role during the India-Pakistan war of 1971 and was decommissioned in 1997. (AP Photo/Rajanish Kakade) (AP)
--

In India, workers dismantled the country's first aircraft carrier INS Vikrant, which was bought from Britain in 1957 and played a key role in the 1971 war with Pakistan.

A Hindu devotee, meanwhile, prayed on the banks of the Ganges River in the holy city of Allahabad.

There was also celebration in Jakarta on Sunday when participants in a 5-kilometer Color Run cheered, danced and threw colored powder into the air in the "happiest 5K on the planet."

Elsewhere in Japan, sumo wrestlers faced off and foreign tourists got a taste of traditional Japanese culture when the donned kimono at a Shinto shrine.

In Hong Kong, workers started clearing away barricades where student-led protesters had camped out after a court had granted a restraining order against the demonstrators required them to clear an area.