#SaveZeus: New law threatens to take "therapy dog" away from family, just because it is a pit bull

"They're going to have to take him from my cold, dead hands before they get a hold of him" 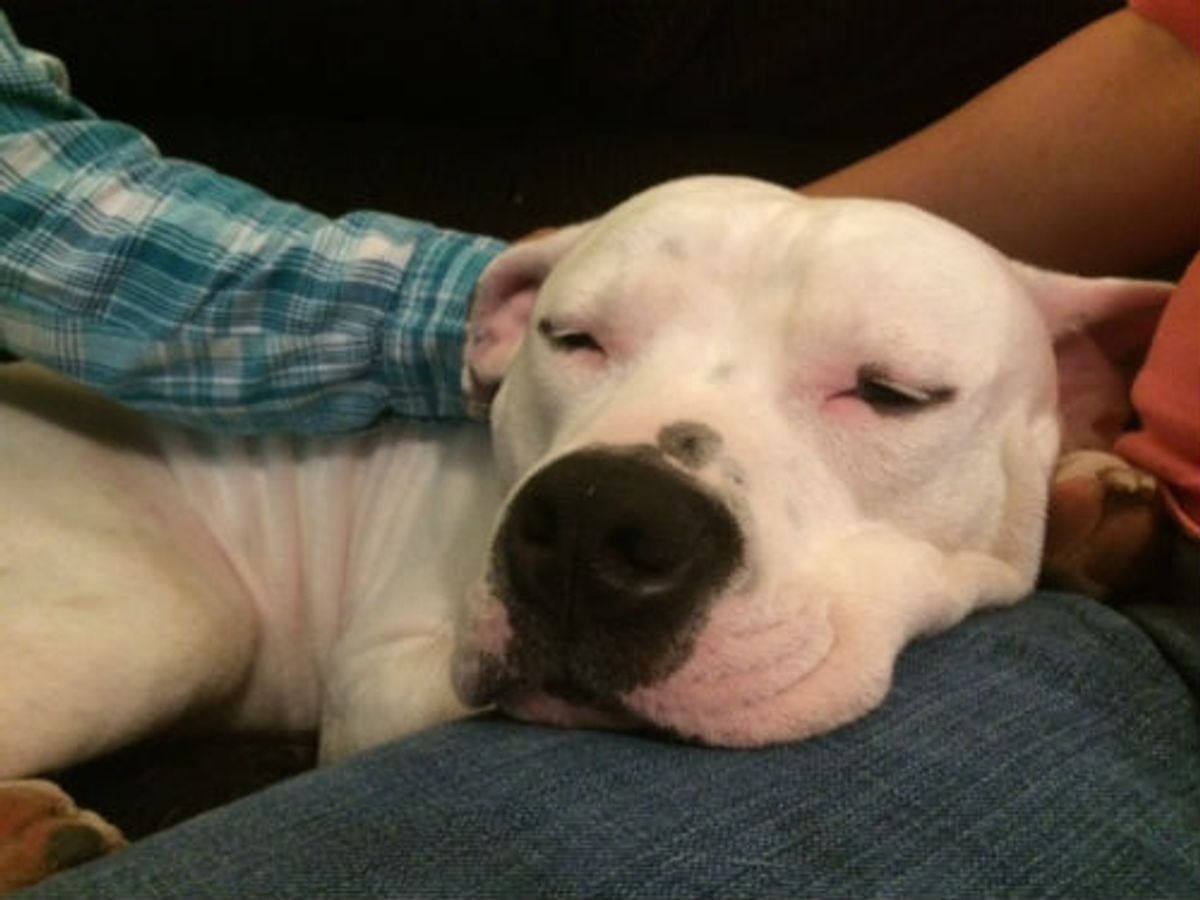 When the town of Moreauville, Louisiana announced that all pit bulls and Rottweilers would be banned on Dec. 1, the Owens family began to panic. They received a letter warning that if the family did not get rid of their beloved pit bull Zeus, then the town would take him for "further disposition."

O'Hara Owens, one of the family's daughters, has to use a brace and a wheelchair due to neck problems, and she says that Zeus is like a therapy dog. "I can sit here if I'm in pain, he comes and notices it before I even make any noise," she said to local television station KALB. The family continues to reiterate that Zeus has never been the cause of any kind of complaint.

As for the reason for the ban, village alderman Penn Lemoine said several residents had complained about not being able to walk in neighborhoods where dogs were running loose. Lemoine added that there "there have been" dog attacks, but they were not documented.

Per the ordinance passed on Oct. 13, Moreauville will release impounded dogs to their owners after they pay a fine of up to $500, and agree in writing to remove the dog from the village. If the owner does not pay the fine and remove the dog within 30 days, the ordinance says it will be put down.

Now, several campaigns to save the dog have gained widespread traction on social media with the hashtag #SaveZeus. A Facebook page entitled "Saving Zeus" has over 22,500 likes, while a MoveOn.org petition has over 150,000 signatures.

"If anything even happened to him, I would just shut down," Owens said. "They're going to have to take him from my cold, dead hands before they get a hold of him."