Watch the footage below 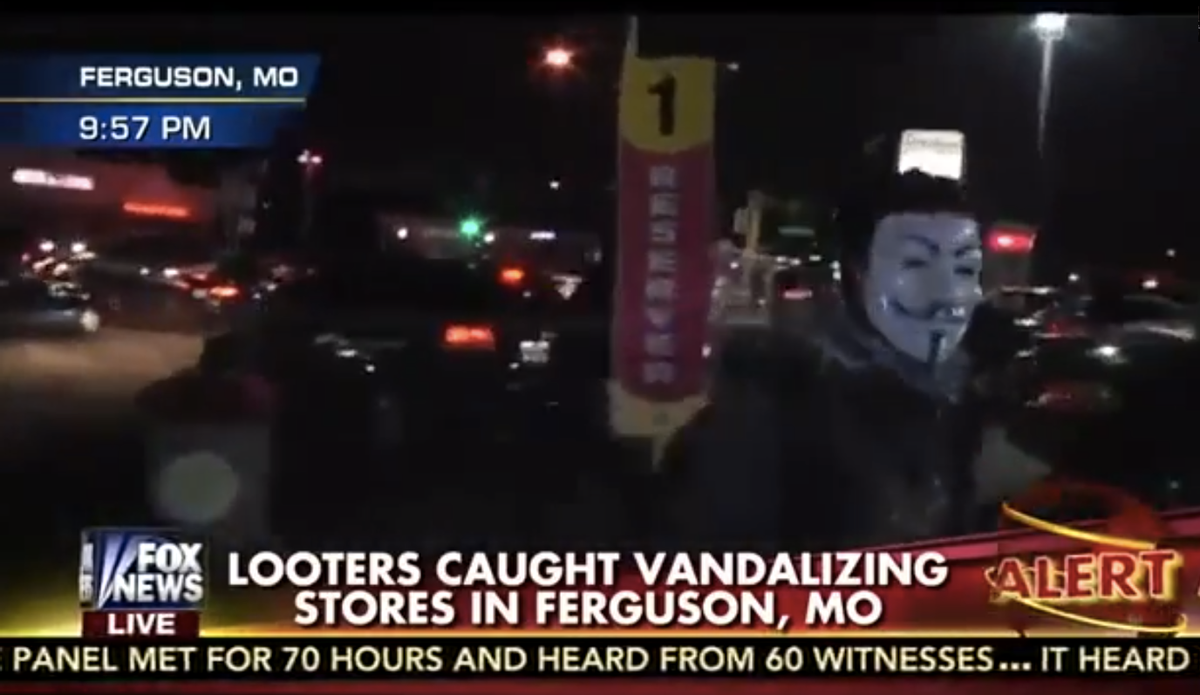 Last night, protestors filled the streets of Ferguson following the Grand Jury's decision not to indict police officer Darren Wilson, who on August 9 of this year shot and killed unarmed teenager Michael Brown.

During the unrest a protestor in a Guy Fawks mask grabbed and reportedly broke a Fox News camera on air. Fox News' Steve Harrigan later explained that he and his crew were OK. Watch below:

Here's more information on the aftermath: