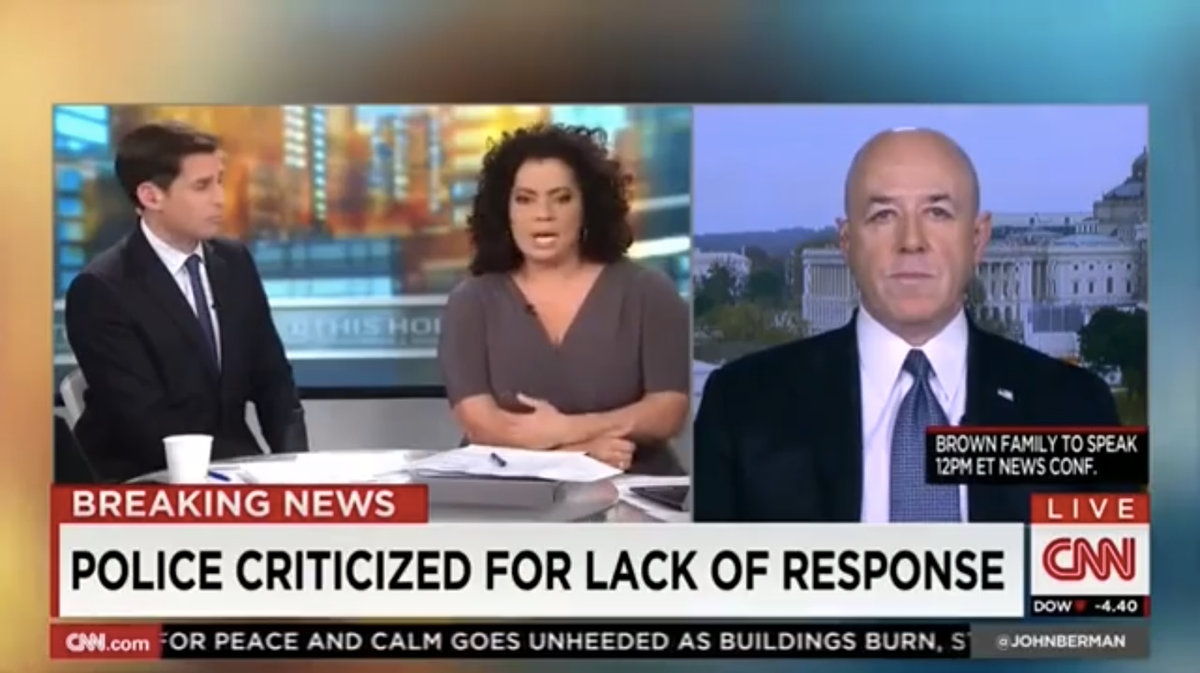 On Tuesday morning, former New York City police commissioner Bernard Kerik appeared on CNN to discuss the overnight protests in Ferguson. Unsurprisingly, Kerik sided with the police, justifying their use of force.

"If I was the police commanders today, I would be going through videos from last night and I'd go around and start sucking up all those people that were out there doing this destructive damage," he continued. "This is insane. They wanted justice, justice has been served."

It is worth noting that Kerik is a convicted felon who served time in prison for ethics violations and fraud.