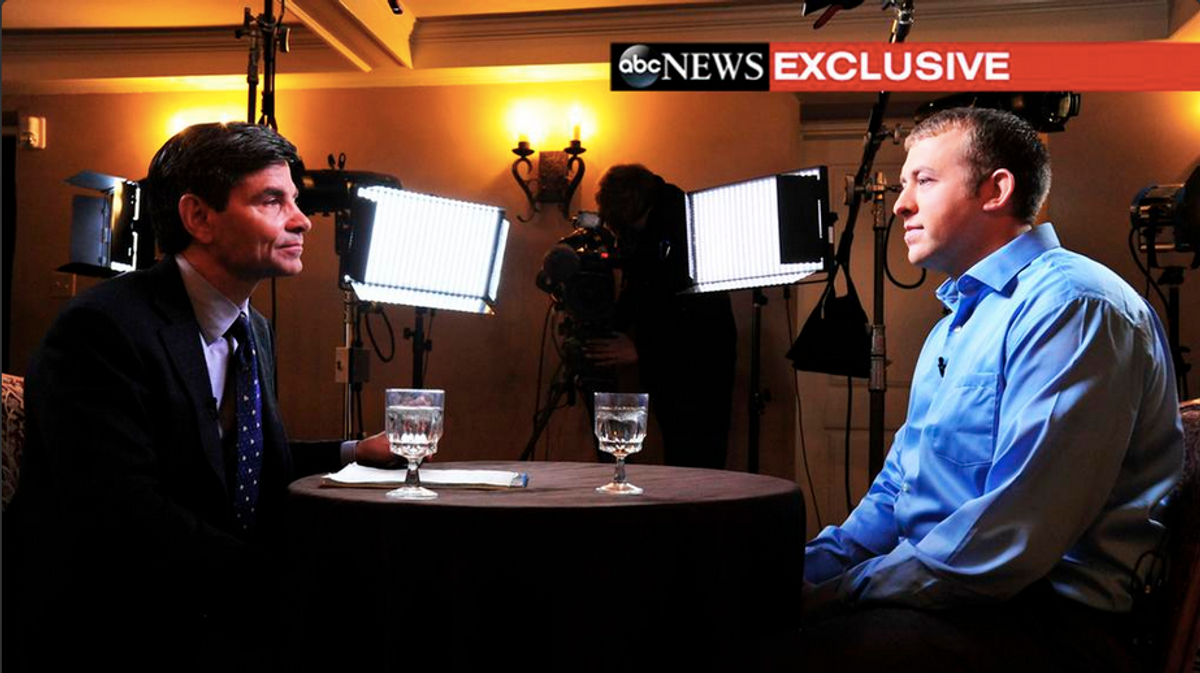 On Tuesday afternoon, George Stephanopoulos, host of ABC's "This Week," announced via Twitter that he had scored the first interview with Ferguson Officer Darren Wilson.

The air date of the interview has not yet been announced.

While Stephanopoulos had been rumored to be first in line for an interview with Wilson, numerous network and cable hosts had been vying for the opportunity. CNN's Brian Stelter reported on Sunday:

In pursuit of that interview, several high-profile television anchors have secretly met with Wilson, according to sources at several TV networks. All of the meetings were off the record, meaning the anchors could not describe what was said.

These meetings are a normal part of the TV guest booking process, but they're significant in this case because Wilson has not been seen in public since Brown's death in Ferguson, Missouri on August 9...