How Cosby and Ghomeshi-gate snowballed: From a cone of silence to a chorus of women speaking out about sexual assault 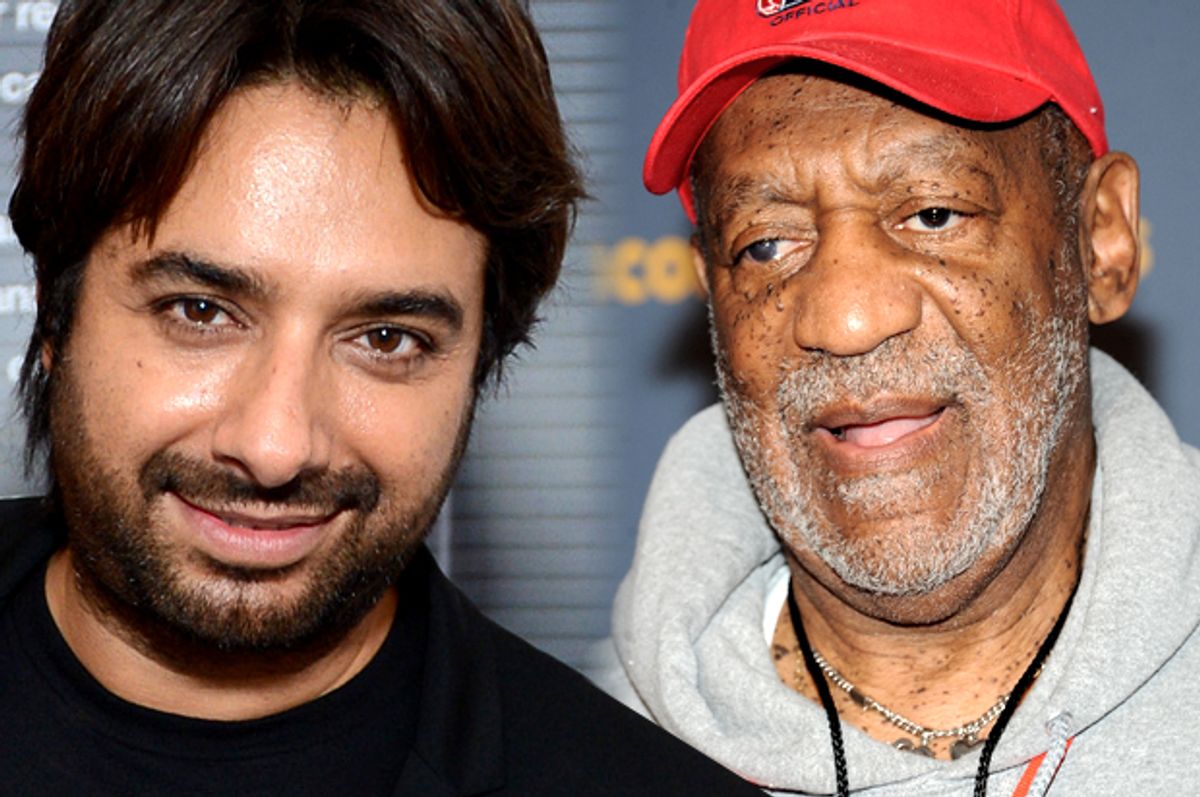 From the resurfacing of the Bill Cosby accusations to the sudden outpouring of Jian Ghomeshi stories to students en masse carrying mattresses around Columbia University, women are speaking out about sexual assault like never before. It's an unusual and awe-inspiring moment, even though it's been accompanied by victim blaming and general boneheadedness (see: CNN's Don Lemon suggesting that women could just use their teeth to prevent rape). The anger over these mass accusations might not be as great as it should be -- but, still, it seems so much bigger than it's ever been. The allegations against Cosby have been swirling for ages, but only now are they sticking. Ghomeshi was allowed for over a decade to keep up his allegedly non-consensual encounters -- and with a great many people's awareness, too -- until now.

How, exactly, did we get here?

It's explained in part by the expansion in recent years of popular definitions of rape and sexual assault. There is growing awareness that rape isn't something that only happens at the hands of strangers in dark alleys, that it's most often committed by a perpetrator that the victim knows. Affirmative consent laws, which California recently passed, have promoted the idea that "no means no" simply isn't enough; that consent is about an enthusiastic "yes" (whether it's a literal verbal "yes" or a couldn't-be-clearer-by-the-way-she's-jumping-on-top-of-you "yes"). Also? That a person passed-out drunk on a couch is not able to consent; that a person coming in and out of consciousness is not a willing partner. And, finally, that meeting with a powerful man who might be able to advance your career or even agreeing to "rough sex" doesn't mean you are asking to be raped or beaten.

That ever-so-gradual broadening validates the stories of countless women who previously thought that their experiences didn't count, and those who speak out can cause something of a domino-effect. Melissa McEwan, creator of the feminist blog Shakesville, tells me, "I think that's down to the fact that it feels safer, to many women, to be part of a chorus of survivors," she says. "Knowing there are people who will have your back, because they understand what you've been through, makes speaking out easier. There is some safety in numbers." She adds,"This is what happens when women support each other. We empower each other to share our lived experiences, and that can change the culture."

Similarly, the more we hear about alleged rapists, the more a pattern emerges. Sarah Seltzer writes in Flavorwire of the recent re-airing of accusations against Woody Allen and R.Kelly, "We are starting to understand rape culture now, and how its mechanisms in society and our own brains close ranks around the accused," she writes. "And so the narrative, at last in some quarters, has become 'Bill Cosby: another powerful man dodging rape accusations' rather than 'Bill Cosby: he seems like such a nice guy.' It’s a minuscule step forward, but a step forward nonetheless."

It's increasingly hard to ignore misogyny or rape culture -- or to argue that either term is an overstatement or embellishment. Just look back at the past year: It kicked off with a New York Times Op-Ed from Dylan Farrow about the abuse she allegedly experienced at the hands of Woody Allen -- abuse that was long ago reported but had seemingly no detrimental impact on his career. A couple of months later came the Isla Vista shooting spree, which was executed by a 22-year-old virgin with a lengthy manifesto that promised to punish womankind for sexually rejecting him. Then followed the #YesAllWomen campaign, which shared stories of violence against, you guessed it, women. More recently, there was "The Fappening," in which hundreds of celebrities' accounts were hacked and naked photos, mostly of women, were disseminated, and the viral street-harassment video, "10 Hours of Walking in NYC as a Woman." These seemingly disparate events share one common theme: a disturbing male entitlement to women's bodies.

There are certainly many more factors at play here. As Lindy West writes of Cosby (but what she says applies much more broadly) in the Guardian, "The fact that his accusers have recently resurfaced and managed to gain traction can be attributed to a handful of relatively new cultural phenomena: the democratising power of the internet, which gives marginalised groups space to tell their stories; the rise of 'clickbait' and the public hunger for celebrity takedowns (Gawker’s headline 'Who Wants to Remember Bill Cosby’s Multiple Sex-Assault Accusations' opened a lot of eyes); the slow mainstreaming of the term 'rape culture'; and a viewing public that is no longer content, or resigned, to overlook such egregious lapses in humanity." But "the slow mainstreaming of the term 'rape culture'" -- the dawning awareness of the extent of the sexual violence committed against women -- cannot be underlined enough.

None of this is to say that feminists have won their battle. To be clear, the backlash cometh. No, wait, it's already here.