Says Wilson has gone through "months of smear and slander" 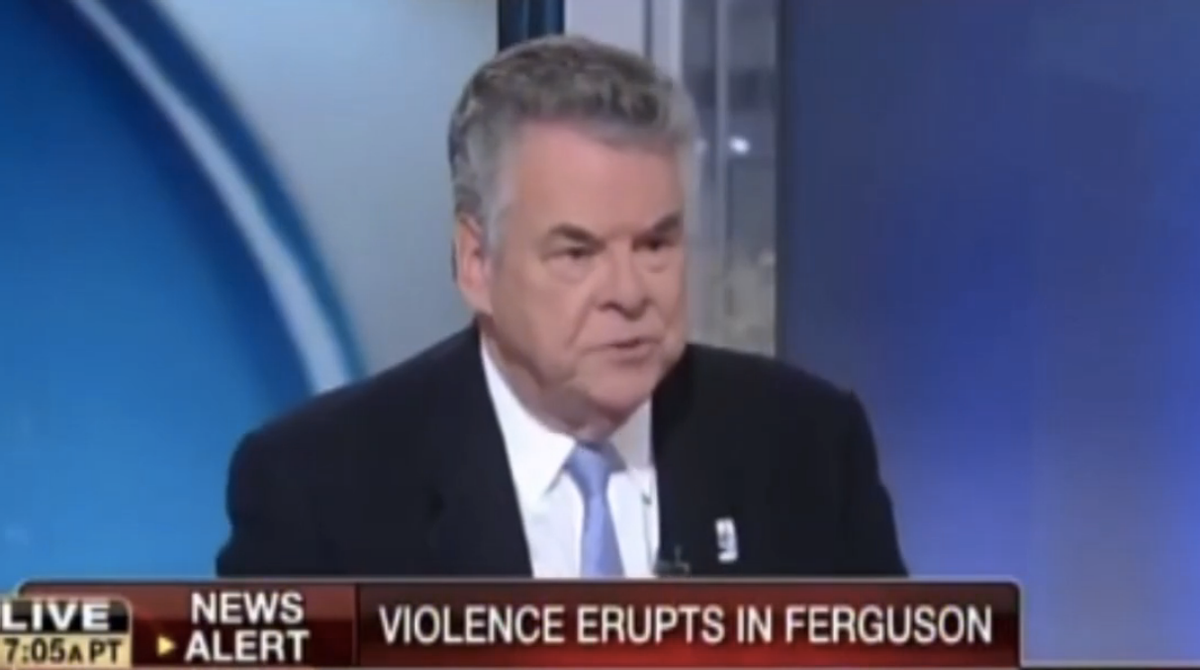 In addition to the myriad of distressing opinions on Fox News about the Ferguson verdict, was this line of thought from Representative Peter King (R-NY): Invite Officer Darren Wilson to the White House.

King appeared on Fox where he wrung his hands over the future of Officer Darren Wilson, the man who shot and killed unarmed Black teenager Mike Brown in broad daylight. Representative King then went so far as to suggest that President Obama invite Wilson to the White House and thank him for doing his job. (It's hard to even stomach the thought.)

"I think it would be very helpful if President Obama went and met with the police officer," King said on Fox Business. "Or invited him to the White House and said, 'You’ve gone through four months of smear and slander, and the least we can do is tell you that it’s unfortunate that it happened and thank you for doing your job.'"

"I thought it was terrible how, over the last four months, a narrative was put out there by our national leaders and by many in the media presuming that the police officer was guilty," King continued int he interview.

Darren Wilson was not indicted. He has a pulse, a new wife, a future.