While a group tried to remove a protestor suffering a heart attack from the crowd, police shot rubber bullets 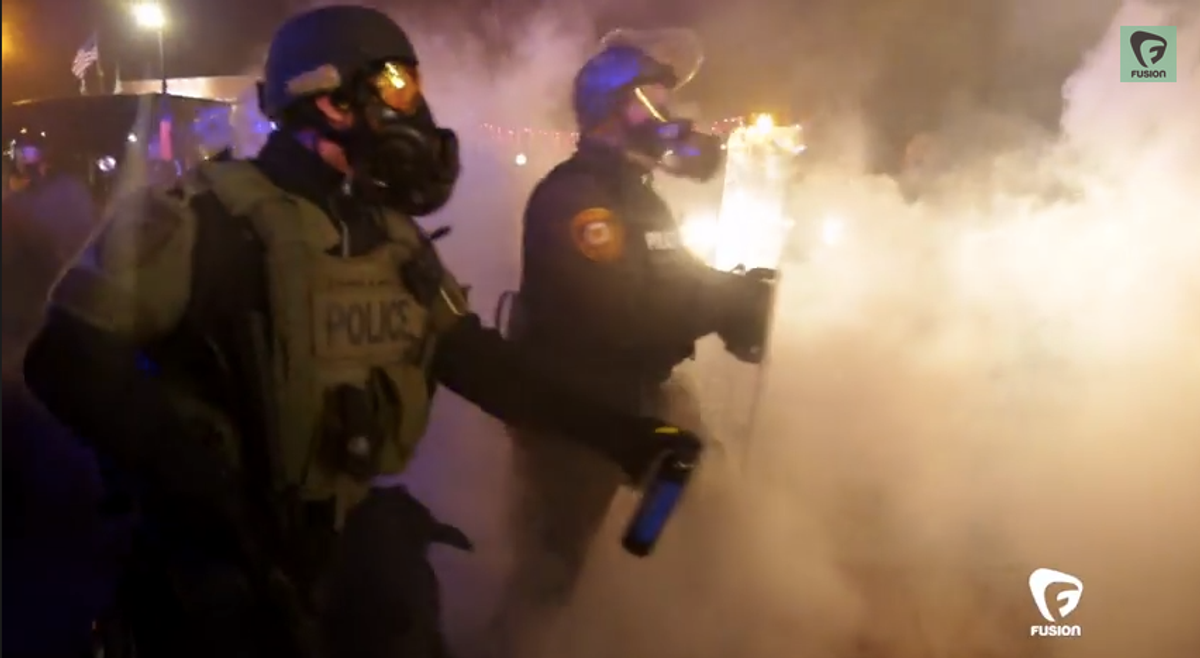 During Monday night's protests over a grand jury's decision not to indict officer Darren Wilson for the murder of Michael Brown, Ferguson police relied on riot gear, tear gas and rubber bullets to keep the crowd in check -- even as the crowd attempted to assist a woman suffering an apparent heart attack. As Fusion's on-the-ground correspondent Tim Pool recorded on video, officers shot gas at a group of people while directing protestors to lay the woman on the ground to receive assistance.

"She's having a heart attack," one protestor shouted. "Help her, she needs help!"

Police began herding the group of people away and firing rubber bullets, repelling all but one woman. That woman continued toward the officers, shouting, "That's my momma" repeatedly. Pool reports the officers then threw a tear gas canister "right into the crowd."