What will America do without "The Colbert Report" in 2016?

We won't have Stephen Colbert's conservative persona during the next election, but we'll always have these clips 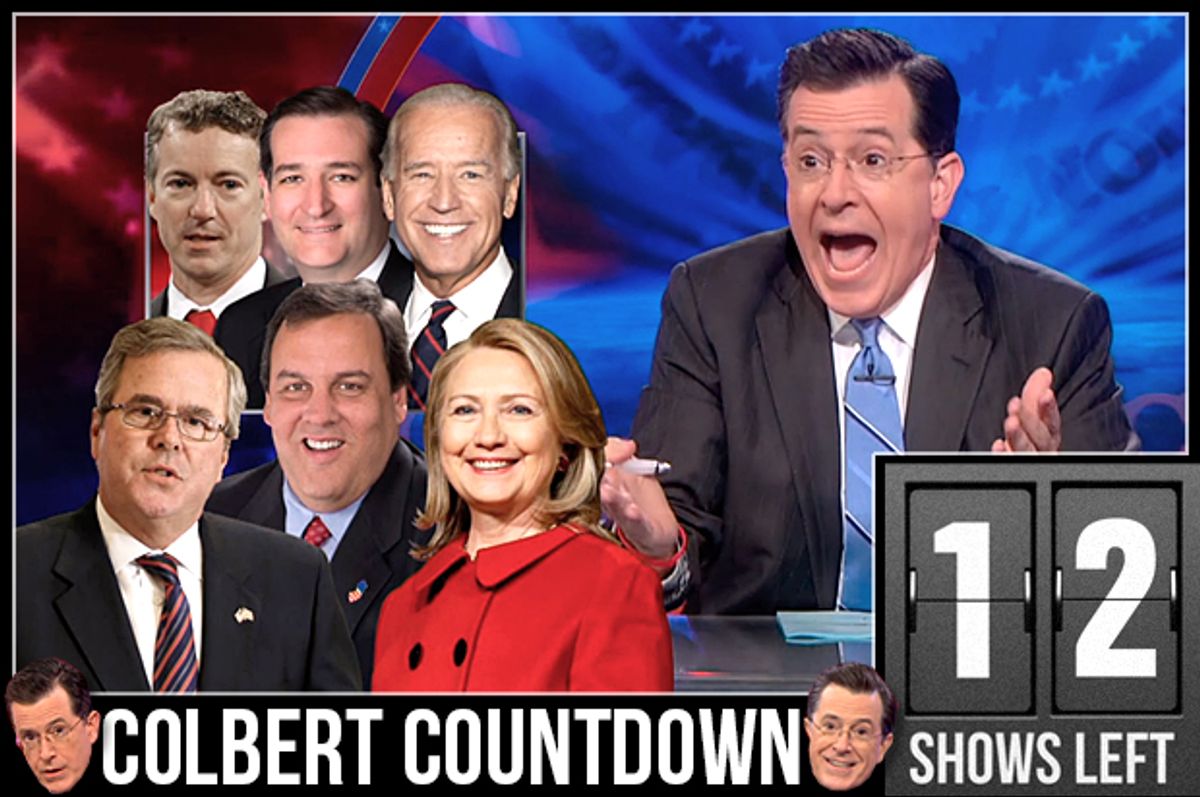 The nation will be without "The Colbert Report," and the conservative persona of Stephen Colbert, during the 2016 elections. This is obviously a huge loss. Luckily, "Daily Show" alum Larry Wilmore is bringing his wit and point of view to his own show, and we're excited to see what "The Nightly Show" has in store in January 2015.

But as we get closer to choosing a new president, if you're still jonesing for Colbert, check out these excellent interviews and predictions for the 2016 presidential election:

A look at the GOP contenders:

And a whole lot of Hillary Clinton coverage:

And his presidential predictions: