Shame on you, Starbucks! 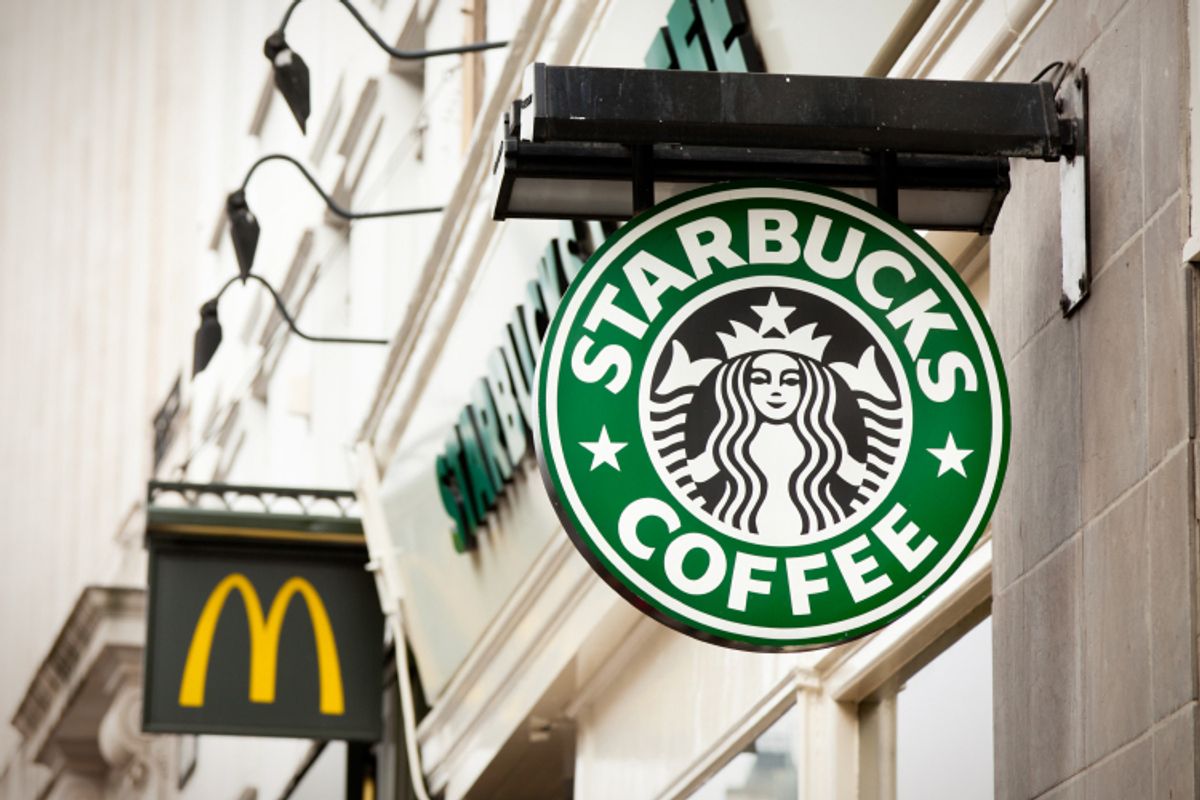 To open or close your store on a national holiday? Apparently, that is the question for some corporations again this year.

Numerous stores are continuing the corporate trend of bringing their problematic Black Friday consumerism into a day meant for community. Now known as “Black Thursday,” numerous large retailers are opening around 6pm on Thanksgiving Day.

Kmart takes the cake this year by announcing it will open at 6am and remain open for 42 hours. ThinkProgressreported that when one Kmart employee requested to work a split-shift on Thanksgiving, she was denied and told if she didn’t come to work, she would be fired.

As a form of protest, nearly 100,000 people have liked the Boycott Black Thursday Facebook page, which states:

"Employees will be forced to work the majority of the day and evening in preparation for the huge sale. We believe this is an unethical decision that does not consider the families of the men and women who work at these stores, so we're boycotting Black Thursday."

It’s not just Big Box stores keeping their doors open on the holiday. Many workers in the service industry, such as those working at grocery stores, airports, restaurants and movie theaters, are forced to work as well. Many of these workers don’t get paid holidays. The United States is the only developed nation in the world that doesn’t guarantee paid holidays.

The following stores will require their employees to work Thanksgiving Day:

Whether it’s a marketing move or actual sanity, these stores are keeping their doors closed:

Would you rather shop at a store that puts people first or its profits?