Big Soda is making a play for the dairy market 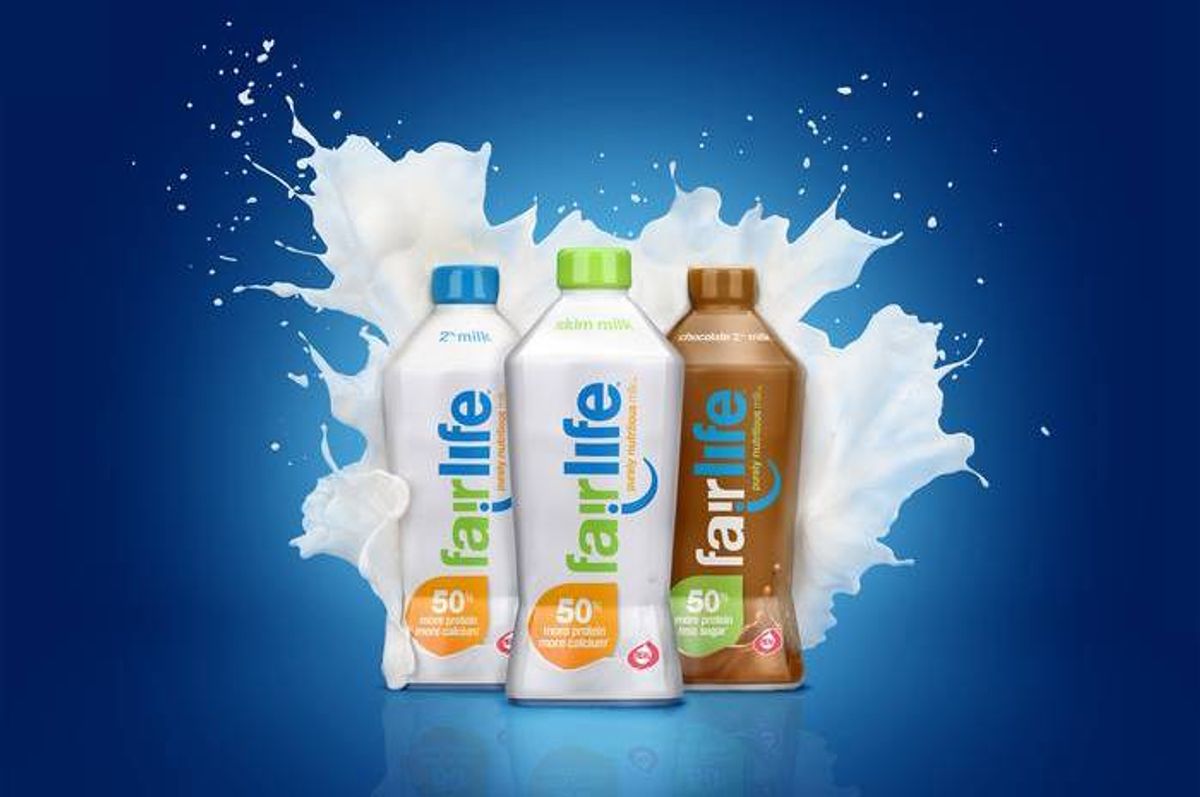 Coming next month: milk, brought to you by Coke. With soda sales on the decline, Coca Cola is making a long-term investment in the dairy industry -- an investment it predicts will, in time, "rain money."

The twist, as Sandy Douglas, Coca-Cola's North American chief, explained during a Morgan Stanley investment conference last week: "We’ll charge twice as much for it as the milk we['re] used to buying in a jug."

Aside from costing twice as much as regular milk, Douglas said that the "premiumized" Fairlife, which hits shelves in December, will have 30 percent less sugar, 50 percent more protein and no lactose. He credits a "proprietary milk-filtering process" for making that possible, and adds that the milk comes from family farms with "fully sustainable high care processese" for their cows. And naturally, Douglas says it will taste better, too.

With concern growing over sugary beverages' contribution to the obesity epidemic -- Berkeley, California just passed the nation's first soda tax -- and the recent studies indicating that diet soda probably isn't great for you, either, Big Soda's been trying out a number of tricks to boost sales. Their efforts have taken the form of "craft" sodas, smaller portion sizes and low-calorie options, including bottled water; in September, the big three -- Coca-Cola, PepsiCo and Dr. Pepper -- made a joint pledge to reduce the amount of calories Americans imbibe from sugary drinks 20 percent by 2025. Cynics were quick to note, however, that Americans are already turning away from soda: calories consumed from sugary drinks declined 12 percent between 2000 and 2013 without the industry's help.

The strange thing about Coke's new plan is that people aren't exactly enthusiastic about drinking more milk, either (unless it's made from almonds). American milk consumption is down 37 percent from 1970, according to the USDA, in large part because the beverage has lost much of its healthy image. Hence the company's emphasis on Fairlife's enhanced qualities. And, where that doesn't do the trick, Fairlife's already got an advertising campaign in place aimed at sexing up milk's image: Those are ads that ran in Minneapolis last February; it's unclear where Coke, which purchased Fairlife's parent company last year, plans to follow a similar PR strategy. Still might be a better bet than trying to redeem soda's image.