These powerful images tell a breathtaking story of hunger and hope

Just in time for Thanksgiving 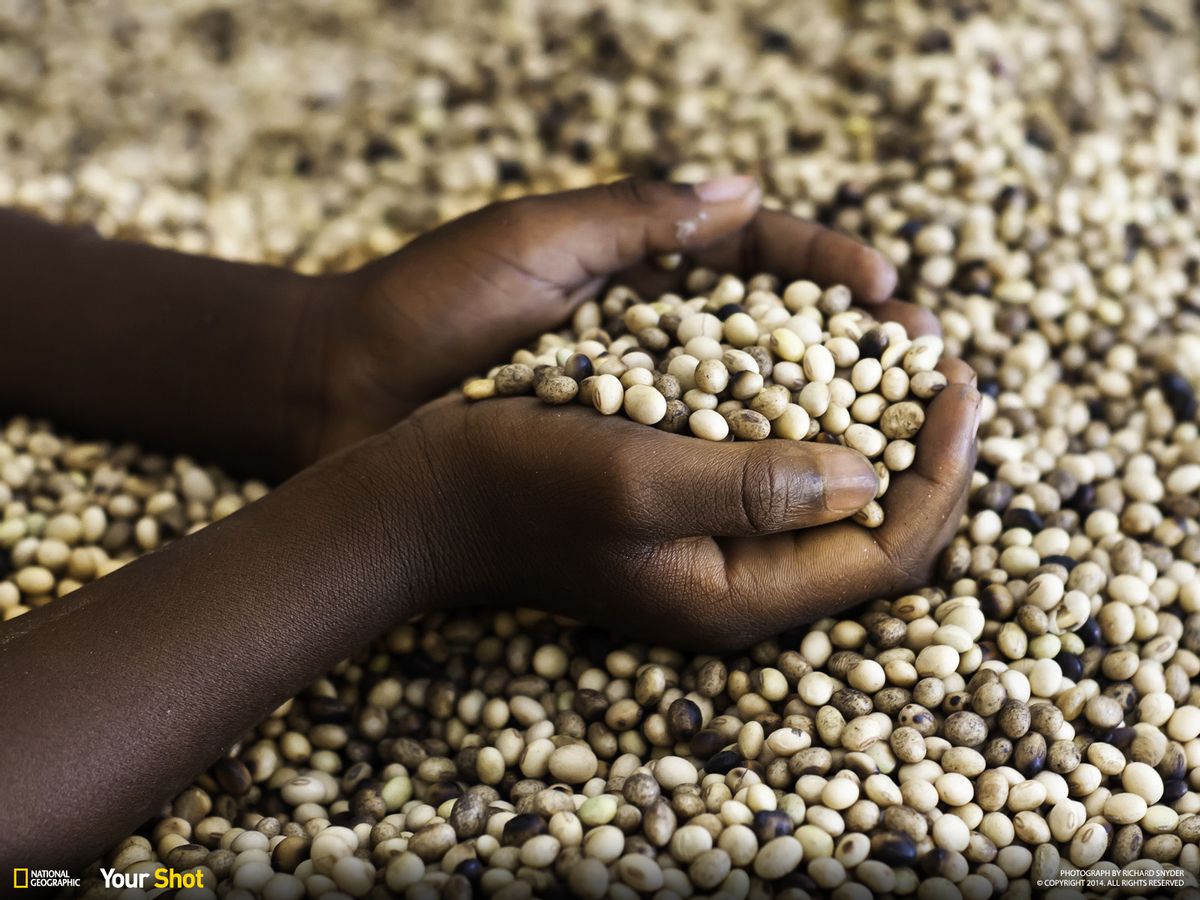 A child displaying a handful of soy beans that will be part of their daily food. (Photograph and caption by Richard Snyder/National Geographic Your Shot)
--

Hunger is a serious issue for millions of Americans. According to data from Feeding America, 46.5 million people lived in poverty in the U.S. in 2012, including 16.1 million children under the age 18. Additionally, 49 million people live in food-insecure homes.

To help raise awareness about the issue, National Geographic has partnered up with Feeding America to launch a photography project called, "The Story of Hunger and Hope." NatGeo put out a call for submissions from all over the world of photographs that somehow illuminate the struggle of real people who suffer from hunger.

This assignment is about the story of hunger and hope. It is not about farming or agriculture or homelessness. It is about the people who suffer from hunger, as well as the people who help them survive it. It's about realizing that hunger affects people from all races and all ages--and from every corner of the globe. Hunger doesn't care if you're from the wealthiest nation in the world or the poorest. It's about understanding that a person's situation can change at any time, and that often they have no control over it. It's about realizing that together, we can overcome almost anything.

Take a look at some of our favorite submissions in the slide show below.