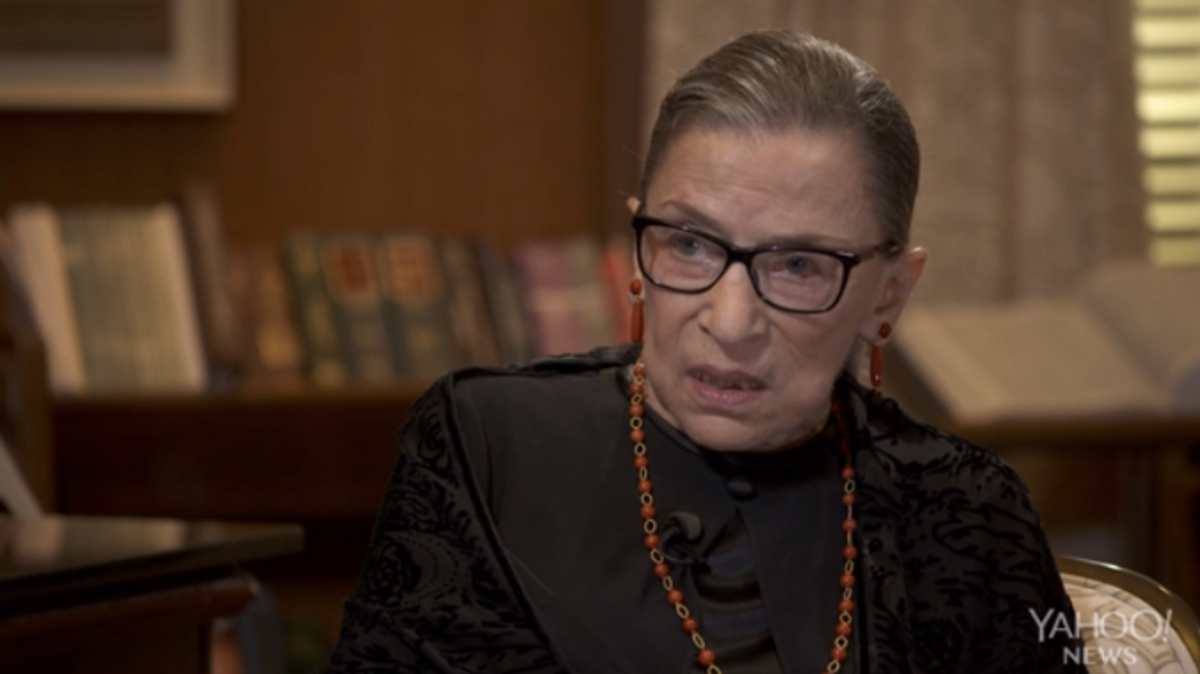 Supreme Court justice Ruth Bader Ginsburg underwent heart surgery early Wednesday morning after experiencing discomfort while she was exercising the previous evening. According to a press release from the Supreme Court, Ginsburg's doctors performed a coronary catheterization procedure to place a stent in her right coronary artery, due to a blockage. She is reportedly resting and expected to be discharged from the hospital within the next 48 hours.

Despite maintaining that she is healthy and able, the liberal-leaning 81-year-old justice has faced calls from the left to resign during Obama's presidency, which she has rebuked. Earlier this year, Ginsburg told Elle she can still "do the job full steam," but also added that, if she were to step down now, she likely would not be replaced with an equally progressive jurist.

"Who do you think President Obama could appoint at this very day, given the boundaries that we have?" Ginsburg said in September. "If I resign any time this year, he could not successfully appoint anyone I would like to see in the court … anybody who thinks that if I step down, Obama could appoint someone like me, they’re misguided."