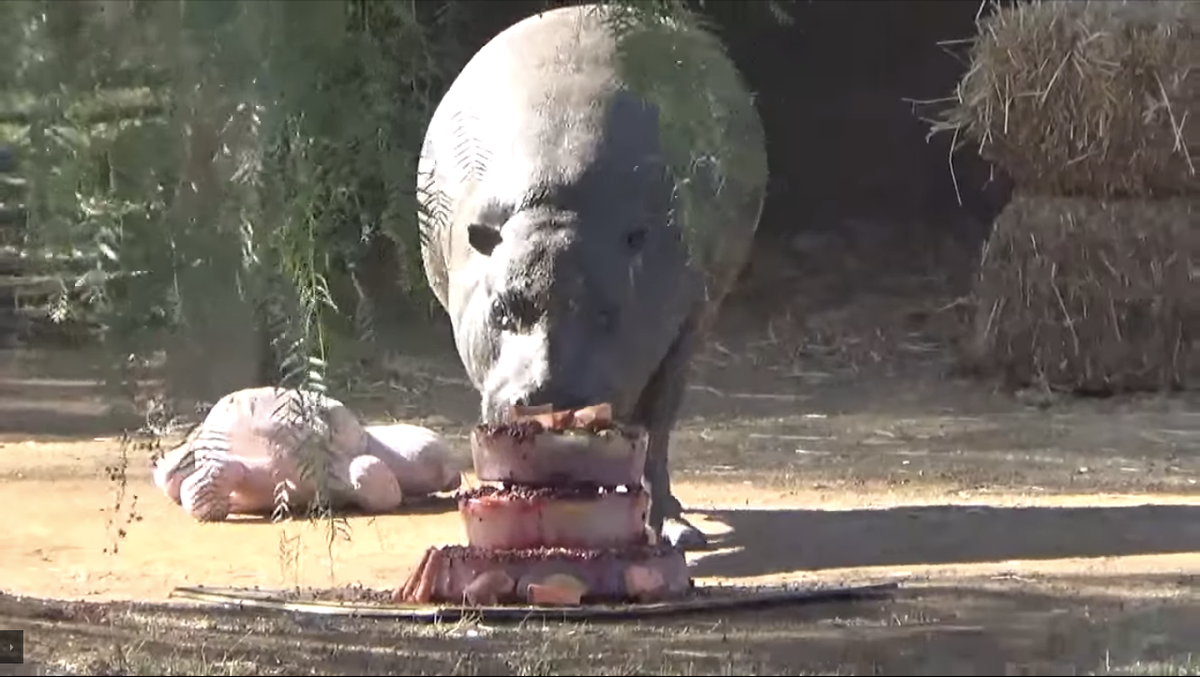 In 2002, a pygmy hippo named Hannah was discovered in a backyard in California, suffering, without access to shade or enough water, as a part of the exotic pet trade. She was lucky enough to be moved to the Fund for Animals Wildlife Center in Ramona, Calif. where she was given a 13,000 square foot home with a swimming pool and natural pond. Since then, she has thrived, so much so that she just celebrated her 41st birthday, making her the oldest pygmy hippo in the United States.

In honor of the occasion, her caretakers let her gorge on her favorite delicacies: a cake made of fruits and veggies, topped with pomegranate icing and sweet grain sprinkles.

There are only 3,000 pygmy hippos left in the world, a tiny population that is further threatened by the exotic pet trade. Illegal wildlife trafficking is the fifth most profitable illegal trade in the world, estimated to be worth over $10 billion each year.