The right's Black Friday con: Who's really behind the war on low-wage protests 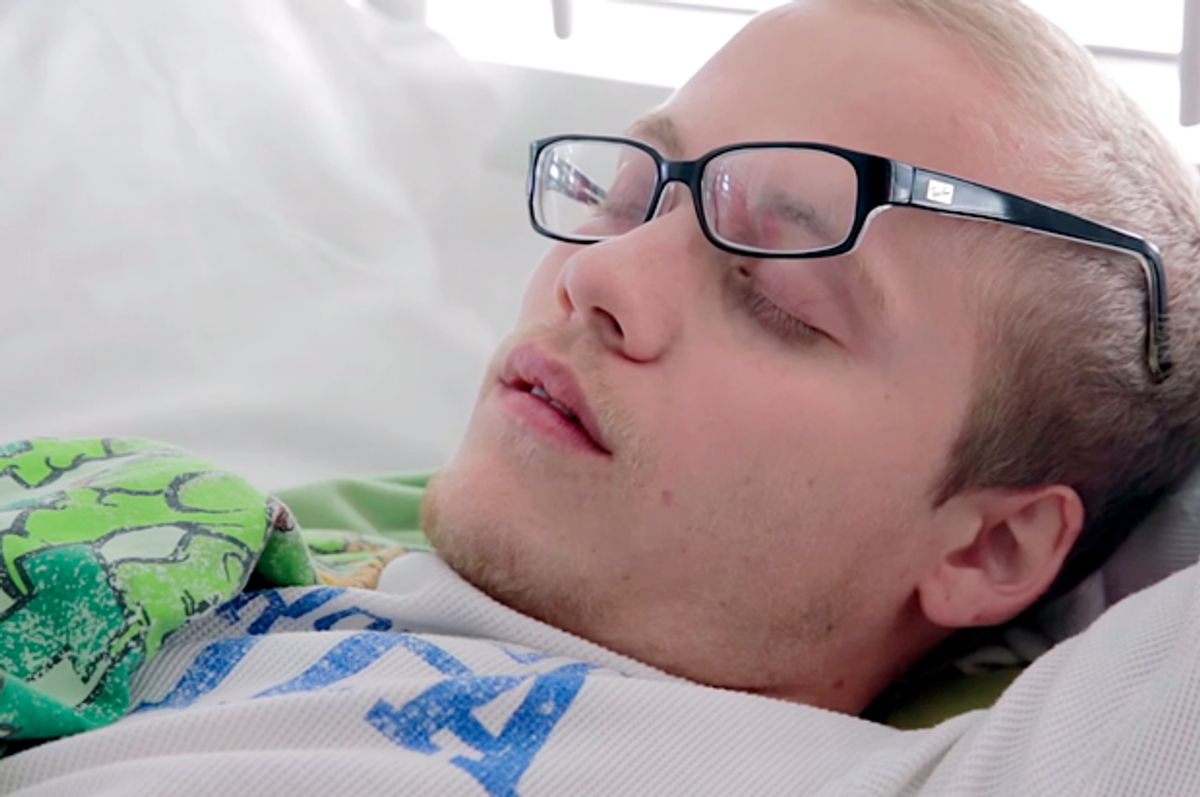 Ronald "the Great Communicator" Reagan had a reputation for being a funny, cheerful politician who succeeded by making people feel good about themselves. But it's important to remember that it wasn't all people and he often made rather nasty jokes about some people to entertain others and make a point. For instance, one of his more famous punch lines as Governor of California, guaranteed to get big laughs was “a hippie is someone who looks like Tarzan, walks like Jane and smells like Cheetah.”

Funny, funny stuff, to be sure. But it perfectly illustrated one of right-wing America's most long-lived tropes: the hippie protester. (This is not to be confused with the African American civil rights protester which usually morphs from "protester" to "rioter" to "thug" the minute the police show up looking like Robocop.) Going back to the 1960s, anti-war and social justice protesters have been characterized in a very particular way: they are held to be lazy, unclean, diseased and deviant. And weirdly, even if you haven't seen a real "hippie" in a couple of decades, if you check with Mr Google, there are quite a few people out there who are obsessed with them. Yes, they are conservatives, many of the same ones who love Ted Nugent. Go figure?

But despite the fact that the old style hippies are mostly geriatric these days, the trope was raised again with some energy during the Occupy protests. Newt Gingrich, the man who created the vocabulary the right uses to denigrate its enemies, crystallized it this way when he was asked to respond to  Occupy Wall Street: "Go get a job, right after you take a bath.”

The right wing media also gave the conservatives what they wanted with lurid headlines of total anarchy at the Occupy camps. This was in the New York Post:

Needless to say, there were real incidents, as we've unfortunately come to expect at any large scale gathering. (Like last summer's gang rapes at country music concerts, for instance.)But the reporting among right wingers had the Occupy Protesters as primitive animals marauding across America's cities like the Mongol Horde of the 13th century. In reality, Occupy had its problems but cleanliness wasn't among them.

So why bring this up now? Well, get ready for the Dirty hippie picketer. Take a look at this video:

All that's missing is a bunch of insults about the women having hair under their arms and the men smelling like pigs. Some things never get old. It's quite clear that somebody has decided to tickle the right wing lizard brain and deploy it service of Big Business again. It worked pretty well every other time, after all.

You will not be surprised to learn that this video was made by a professional PR firm that's been working on behalf of these corporations to push back the low wage worker's movement for some time. Lee Fang at the Nation has the scoop:

The firm is led by Joseph Kefauver, formerly the president of public affairs for Walmart and government relations director for Darden Restaurants. Throughout the year, Parquet executives have toured the country, giving lectures to business groups on how to combat the rise of what has been called “alt-labor.” At a presentation in October for the National Retail Federation, a trade group for companies like Nordstrom and Nike, Kefauver’s presentation listed protections against wage theft, a good minimum wage and mandated paid time off as the type of legislative demands influenced by the worker center protesters.

The presentation offered questions for the group, including: “How Aggressive Can We Be?” and “How do We Challenge the Social Justice Narrative?”

They could be honest and just announce they are a bunch of greedheads doing everything in their power to keep wages as low as possible so that they can keep more of the money for themselves. But that might not be quite enough to defeat "the Social Justice Narrative." After all, that narrative in this instance merely says that people should be paid a decent wage and be treated like human beings in the workplace. (Or, if you can't get with that idea, perhaps the old Henry Ford dictum could suffice.)

It appears they've decided that the best way to deal with this challenge is to demonize the protesters as being dirty and slow. As I've illustrated above, that's a very old story on the right. The rude and insulting "humor" is a patented approach to rally the conservatives around business and serves to characterize the protesters as lazy. (The real protesters, of course, aren't "professional" they're workers but that plays into their campaign as well: if they weren't so lazy they wouldn't be working in a low wage job now would they?)

One might think that this PR throwback to the 1960s would be greeted quizzically by the public. That was, after all, a long time ago. But the sad truth is that this sort of campaign works to get the right wing revved up and identify with the plutocrats every time. If protesters are lazy, smelly, depraved hippies there are a whole lot of people in this country who would rather starve than identify with them. As I said, it's lizard brain stuff.