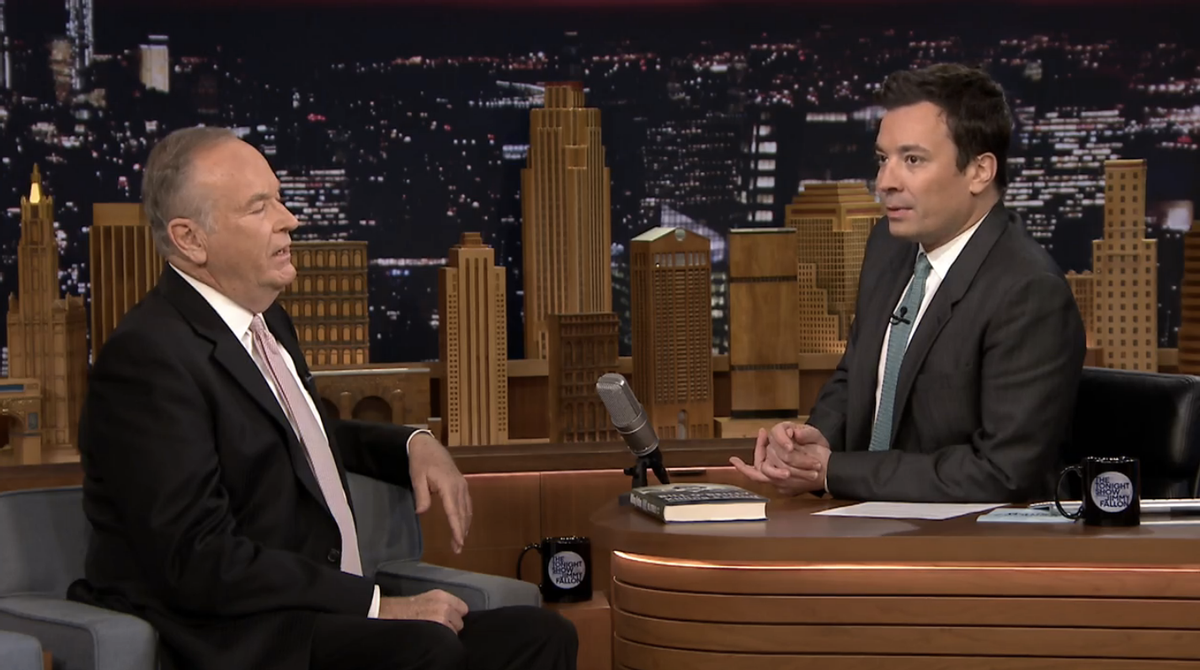 Bill O'Reilly was the guest on Tuesday's "Tonight Show," forcing Jimmy Fallon to get political. (And you can tell he's a bit uncomfortable.)

At the outset, Fallon asked O'Reilly about the grand jury decision and protests in Ferguson, Missouri. Fallon seemed most distressed by the timing of the announcement. "Why would you release the judgment at 8:00 p.m. -- at nighttime?" he wondered.

In response to O'Reilly's explanation of wanting to do the announcement at prime time, Fallon exclaimed, "Oh my God, that's crazy." Watch below:

Later they discussed Thanksgiving at the O'Reilly's house:

And his latest book, "Killing Patton":