Learning from my 2014 mistakes: A year of reckoning for Democrats

No, red state women didn't save the party. But Ebola was a phony GOP-made crisis and Dems shouldn't have cowered 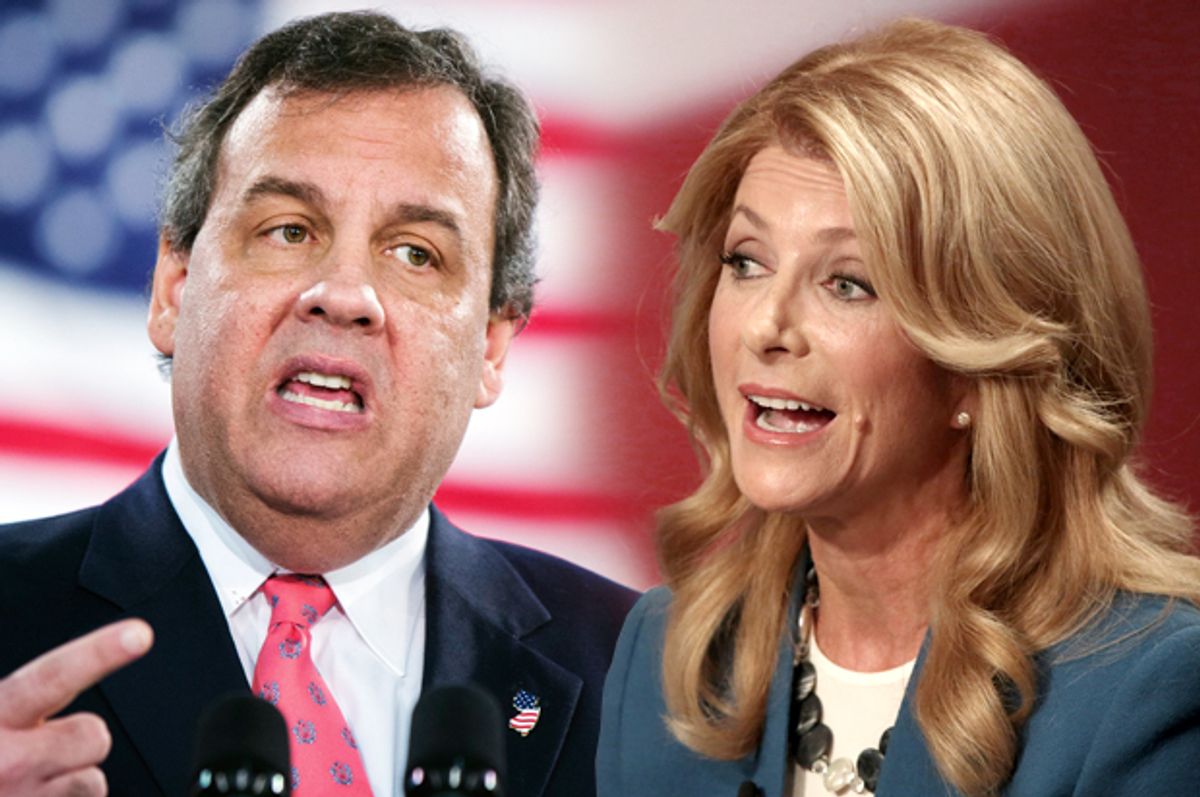 Thanksgiving is a great time for writers to reckon with whatever we got wrong over the year – and to be grateful that in this day and age we get to write every day, and put mistakes behind us quickly. So with the 2014 midterm election rapidly disappearing in the rearview mirror, I thought I’d reckon with my one big political mistake this past election cycle, as well as one big thing I got, sadly, right.

In July 2013, long before the midterm, I wrote this piece: “Red state women will transform America.” I was pretty darn excited about the prospect of Wendy Davis, Alison Lundergan Grimes and Michelle Nunn stepping up and running in Texas, Kentucky and Georgia. In hindsight – or maybe even at the time – I showed some irrational exuberance. So did a lot of Democrats.

Maybe more significantly, I participated in wishful thinking shared by many more Democrats – believing that the women’s vote is the party’s ace in the hole and that, in addition to solid support from non-white voters, it will give them a lock on the White House, and will even turn red states blue over time. I’m less optimistic about that now. The Democrats’ continuing troubles with white women, and white married women, doomed all three once-promising white female Democratic candidates.

Of course, none of them were perfect candidates. I will always be grateful for Davis’s brave filibuster of horrible Texas anti-abortion legislation. But I overestimated her political skills. Reams have been written about her poor campaign; I don’t need to kick her here. In the days before the election, silly #tcot folks tried to pretend I'd written my Davis praise recently, not more than a year before the race. But I did get overexcited.

Likewise, Grimes wasn’t quite the pro I thought she was, although she had admirable political skills. Michelle Nunn, who actually came closest to being elected of the three, had little to recommend her besides her father’s famous name and her detachment from partisan bickering thanks to a career in business, not politics.

Even at the time, I overlooked what is still the tough reality of politics for women: Frequently, they get their big political breaks only when more experienced men size up a race and find it too dangerous. I still believe Texas will turn blue again, but state and national Democrats knew it wouldn’t happen in 2014. In Kentucky, experienced pols like Rep. John Yarmuth and Gov. Steve Beshear didn’t take on Mitch McConnell. And in Georgia, ambitious Atlanta Mayor Kasim Reed knew he was at least a cycle too early for Georgia to turn blue.

I’m not blaming any of these men, by the way, for making the women in question sacrificial lambs or scapegoats. But the truth is, women often get their big “chances” when they run as sacrificial lambs. I should have reined in my optimism about their political potential much sooner.

My faith that white Democratic women could win over red state white women voters was particularly misplaced. CNN exit polls showed that Michelle Nunn lost white women to David Perdue 69-27; Wendy Davis lost them 66-31; Alison Grimes lost them 55-41. For now, the Democrats’ oft-touted advantages with “women” – which should always be described as “all women except for white women” -- are outweighed by their difficulties with whites.

Right now, for complicated historical, cultural and racial reasons, white women vote more like “whites” – mostly Republican, though less than white men – and less like other women. Single white women and college-educated white women defy that trend more than others, but any 2016 prognosticating that relies on white women as Hillary Clinton’s secret weapon shouldn’t be trusted unless there’s data behind it. And I haven’t seen any.

What did I get right? Well, lots of things, if I do say so myself, but the most obvious late-cycle story was that Republicans and Fox News were ginning up a minimal Ebola threat as a powerful political weapon  – and too many mainstream media outlets, and even Democratic politicians, participated. In the post-election mayhem, this seemed like too small a point to raise, but as we start bidding goodbye to 2014, I couldn’t resist it. I’d like to say Democrats learned from this one, too, but again, I’m not sure.

MSNBC’s Chris Hayes looked at media overkill on Ebola, especially at Fox and CNN (and also at the fact that it did nothing for ratings, which is heartening). Of course the right was disgusting, with Michael Savage dubbing Obama “President Obola” (the genteel Daily Caller settled for “President Ebola,” trusting their readers to get the African association with the Kenyan Muslim president’s unusual name).

Mainstream media skipped the name-calling, but went along with the hysteria: ABC News dubbed Ebola “the official October surprise,” and on CNN Don Lemon asked if it was “Obama’s Katrina.” Within a few weeks, though, Ebola was gone from our shores (though not from West Africa), the few American cases successfully contained by competent public health officials – but the story of its disappearance (let alone the media’s malpractice) went virtually uncovered.

In the end, CNN exit polls showed that while the public, early on, thought the federal government was doing an adequate job handling the threat, by election night that had shifted – 50 percent of voters polled disapproved of the federal government’s handling of Ebola, while 44 percent approved. Democrats lost so badly it’s unlikely that Ebola made the difference in any race. Still, it’s worth remembering how conservative and even supposedly moderate Republicans used Ebola politically – and how the media let them get away with it.

Sure, Senators-elect Tom Cotton and Thom Tillis were particularly insane on the topic, suggesting terrorists with Ebola might cross the Mexican border and combining the GOP’s three primal fears: terror, disease and swarthy illegal immigrants. But let’s take a moment to remember 2016 contender Gov. Chris Christie’s craven posturing, quarantining “Ebola nurse” Kaci Hickox when she came back from a trip treating Ebola patients. Christie dared Hickox to sue him: "Whatever. Get in line. I've been sued lots of times before. Get in line. I'm happy to take it on."

The dignified humanitarian health worker won the round, getting released to her home in Maine and declaring Christie’s move not the “abundance of caution” he said it was, but “an abundance of politics.” Democrats could learn from Hickox; too many cowered in the face of GOP (and media) demagoguery on the small threat posed to Americans by the disease. Vulnerable Democrats Kay Hagan of North Carolina, Mark Udall of Colorado and Mark Pryor of Arkansas all defied Obama and came out in favor of travel restrictions on people coming from Ebola-plagued nations; all lost their races anyway.

Even in real time it was obvious what Ebola panic was designed to do, but voices who said exactly that were drowned out by hysterics. And when hysteria prevails, the GOP wins. That dynamic trumps the Democrats’ demographic advantages and will for a while. Democrats lose when they’re overconfident about demography and underestimate the power of fear. I was one for two on those issues last cycle; I’ll try to do better next time around.