The alcohol industry doesn't want you to drink responsibly

A new study finds that not one of the nearly 1,800 liquor ads reviewed explains what this warning actually means 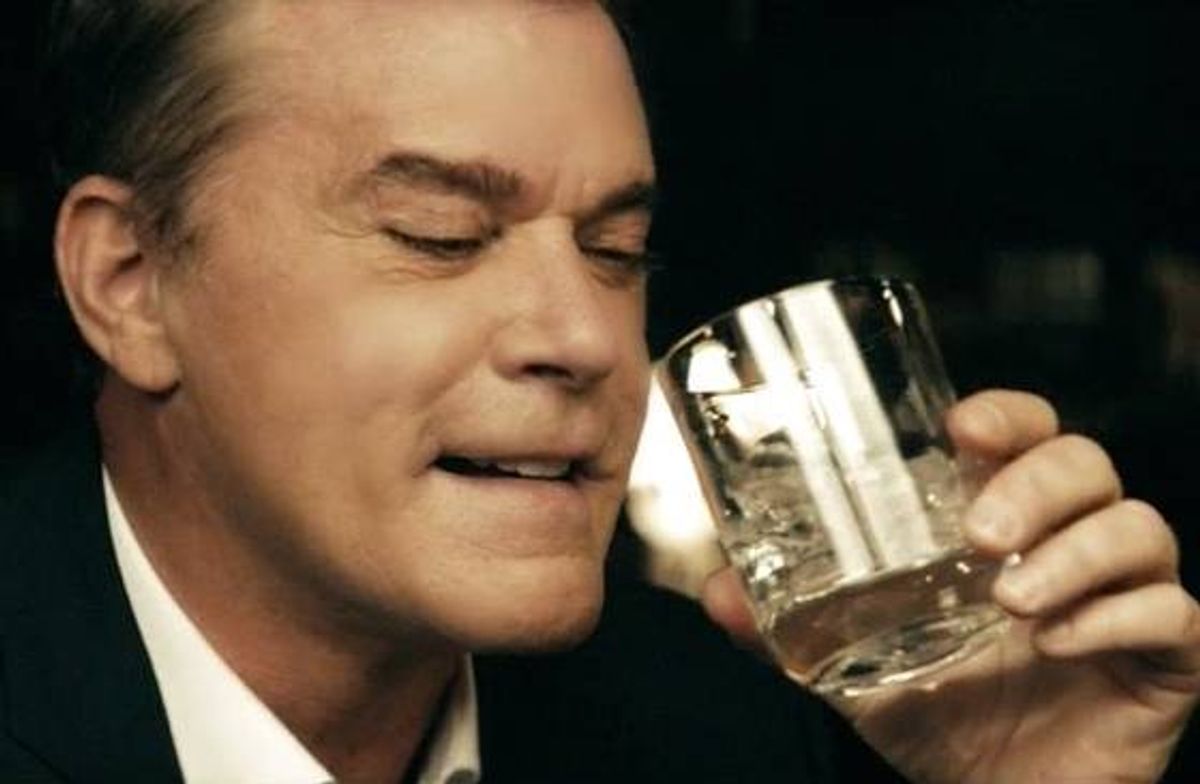 “Nobody actually takes that seriously,” said Romo, a 21-year-old political science major at UCLA. She added: “‘Drink responsibly,’ what does that even mean?”

A recent study, alcohol industry critics and even a risqué parody on the animated sitcom South Park echo Romo’s skepticism.

In their study, researchers at Johns Hopkins University in Baltimore found that 87 percent of magazine ads for liquor, beer and so-called alcopop beverages contained a responsibility message. Yet among the 1,795 ads reviewed, taken from U.S. magazines published 2008 through 2010, not one had a responsibility message that gave specifics, said Katherine Clegg Smith, the study’s lead author.

That, Smith said, defies the cardinal rule that health warnings must be specific to change people’s behavior. “If you want to warn people against something, you need to be clear about what you’re warning them against and why,” she said.

What’s more, the researchers found that the ads, often aimed at young people like Romo, never suggested avoiding drinking in certain situations. And consumers who looked closely enough to spot the responsibility messages – which Smith said were “inevitably in very small type” — often encountered language that reinforced corporate marketing themes. “If they’re giving any message, it’s about the product, rather than about responsible drinking,” Smith said.

As an example, the researchers pointed to an ad for Hennessy cognac that featured the slogan, “Flaunt Your Taste.” At the bottom, it added, “Please Flaunt Responsibly.”

Critics say the responsibility theme is drowned out in broadcast and online advertising, too. “When you look at the sophistication and the power of digital advertising generally, and what the alcohol companies do in creating these kinds of entire immersive, fun environments, they know from the get-go they are overriding any responsibility message,” said Jeffrey Chester, a consumer rights advocate who is executive director of the nonprofit Center for Digital Democracy.

Many of the ads reviewed in the Johns Hopkins study, including Hennessy’s “flaunt responsibly” ad, were phased out years ago. Yet responsibility messages still abound, even though they aren’t federally required.

In interviews, public health experts not involved in the Hopkins study said the findings were no surprise. “Drink responsibly messages are most likely ineffective and are most likely not even intended to really matter in any substantive way,” said Dr. Paul J. Chung, chief of general pediatrics at Mattel Children’s Hospital UCLA and a researcher who has studied alcohol advertising.

Although the industry’s efforts to curb problem drinking extend beyond the advertising messages, some experts also questioned the value of alcohol companies’ broader education campaigns. The companies “rely to a great extent on underage drinkers and abusive drinkers for the profits that they make. That’s just a fact,” said William DeJong, a public health professor at Boston University.

“Given that, a more concerted effort to issue more effective, more on-point messages about responsibility — what that means, how people can enjoy their product but also take care of themselves and protect their health — is called for.”

Federal recommendations already exist. The government’s guidelines define moderate drinking as up to one drink per day for women and up to two drinks per day for men. Binge drinking is generally considered to be four drinks for women, and five drinks for men, within about two hours. UCLA’s Chung said that sort of information, along with the dangers of driving while intoxicated, would be “really simple to explain” in alcohol ads.

The leading voices for the nation’s liquor and beer industries, the Distilled Spirits Council of the U.S. and the Beer Institute, turned down requests for interviews. Instead, they released statements saying their work against problem drinking has paid off in a big way. “Responsibility messages serve as a reminder to consumers to drink in moderation, and represent just one aspect of the industry’s commitment to social responsibility,” the Distilled Spirits Council said.

“‘Drink responsibly,’ what does that even mean?” — Jennifer Romo, 21, a UCLA student.

It added, “The industry has developed and supported responsibility programs throughout the decades to reduce underage drinking, alcohol abuse and drunk driving in communities across the country.”

The council went on to attack one of Smith’s co-authors, David Jernigan of Johns Hopkins, as “an industry critic who has squandered millions of dollars in federal funding on advocacy research, and spends zero on actual responsibility programs to combat the problem.”

Jernigan, reached by email while traveling abroad, rejected the criticism and defended his work. Citing federal statistics, he said, “With 4,300 young people under 21 dying as a result of alcohol every year, we are committed to researching and establishing best practices in implementing evidence-based strategies for reducing underage drinking.” The government figures Jernigan cited take into account fatalities from car crashes, homicides, illnesses and other incidents linked to excessive drinking.

In many cases, the overall message of the ads evaluated by the Johns Hopkins researchers seemed at sharp odds with the responsibility theme. A case in point was an erstwhile ad for Stolichnaya vodka showing a woman pouring the alcohol into friends’ glasses. Suggesting that everyone appearing in the picture had been drinking all night, the text reads: ”To tomorrow. Oh, it already is tomorrow.” In small type underneath, the ad advises, “Enjoy Stoli Responsibly.”

That kind of advertising also was criticized by Romo, the UCLA undergraduate, who said her father was killed 18 years ago when he crashed his car while driving drunk. She maintained that alcohol ads showing booze and young people having a good time, when combined with a responsibility message, can be a dangerous mix. The ads, she said, can give people the idea that they can drink and party and yet “can do that responsibly.”

“They’re at least promoting smart personal responsibility, not, ‘Hey, have a great time, live it up.’” — Kenneth Berry, 22, a student at California State University, Northridge.

On the other hand, Kenneth Berry, a 22-year-old college student from Hawthorne, Calif., gives the alcohol industry some credit for its drink responsibly messages. “They’re not trying to lie and make it seem like it’s not bad for you, like the tobacco industry,” said Berry, who plans to pursue a journalism career. “They’re at least promoting smart personal responsibility, not, ‘Hey, have a great time, live it up,’“he added. The implicit message is, “You know what it is, we know what it is, but just be responsible.’’

What’s more, Berry said the message reflects smart public relations. “If you say ‘drink responsibly,’ you can’t argue with that premise,” he said. If alcohol companies were more specific, Berry said, they could be open to fresh criticism for the issues they neglect to address.

Megan Willoughby, 21 – who, like Berry, attends California State University, Northridge, in Los Angeles’ San Fernando Valley – isn’t persuaded that the industry is doing all it can. Consumers, Willoughby said, deserve specific information and alcohol companies “need to go beyond blanket statements.” After all, she said, drinking responsibly means one thing for her, as someone who weighs less than 100 pounds, and another thing for “big dudes that are football players.”