5 toxic chemicals in the products you use every day 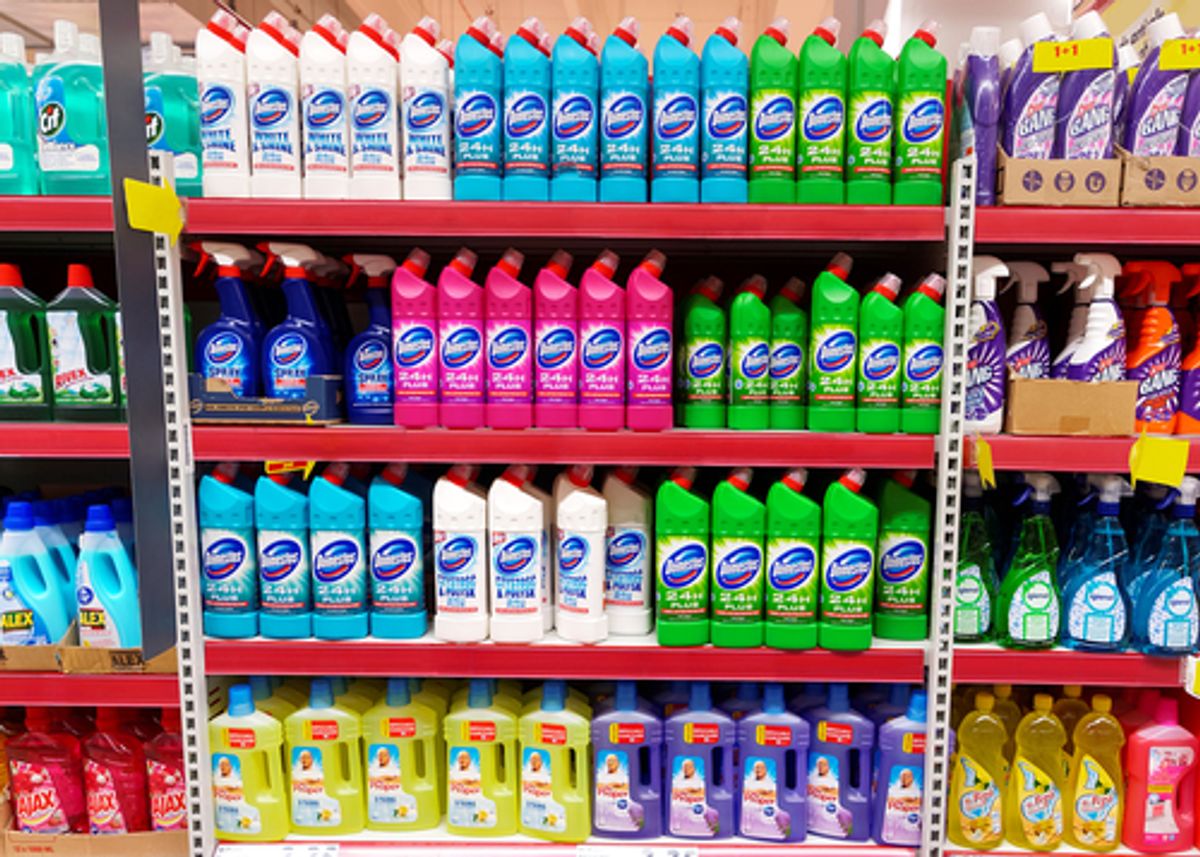 The U.S. Food and Drug Administration has no authority to assess the safety of beauty products before they go on the market. Unlike food and drug manufacturers, the cosmetics industry is free to use thousands of synthetic chemicals in all sorts of products, from lipstick and mascara to toothpaste and sunscreen.

Consumers may not buy into all the hype, but they shouldn’t turn a blind eye to it either.

According to Harvard's School of Public Health, "In the United States, the average person is exposed to more than a hundred chemicals from cosmetics, soaps, and other personal care products before leaving the house in the morning."

It's almost impossible to avoid chemicals entirely, but consumers should err on the side of caution and reduce their exposure. Many of the most common ingredients found in everyday beauty products have been linked to all sorts of serious health risks. Think twice before slathering any products containing these harmful ingredients on your skin.

Concerns about the toxicity of sunscreens began to rise when laboratory tests revealed that certain chemicals could mimic hormones or act as hormone-disrupters. Oxybenzone has been tested on animals and findings suggest that it can be toxic to their reproductive systems and interfere with development. The Environmental Working Group (EWG) says that sunscreens deserve harsh scrutiny because most chemical formulas are known to penetrate the skin to some extent. Two European studies found sunscreen chemicals present in mother's milk, so exposure to developing fetuses and newborns is also a concern. In women, preliminary studies also suggest a correlation between higher levels of oxybenzone and an increased risk of endometriosis and lower birth weight in females.

According to EWG, the most harmful and widely used chemical in sunscreen sold in the U.S. is oxybenzone. EWG warns consumers to avoid oxybenzone because it can permeate the skin and potentially cause allergic reactions and disturb hormones.

Fortunately, there is an alternative. Mineral sunscreens generally score much better in EWG's ratings and are considered far safer to use. EWG advises consumers to look for sunscreens that contain the nanoparticles titanium dioxide or zinc oxide. Research has shown that these nanoparticles don't penetrate deep enough to reach living cells or the bloodstream.

Beware the information on some alternative health sites that promote coconut oil as a safer alternative to sunscreen. These sites maintain that coconut oil is a great way to get a healthy tan and Vitamin D from the sun without the risk of burning. But coconut does not provide a notable sun protection factor (SPF). So, exposing yourself to the sun after slathering yourself with it is really not much better than using no skin protectant at all.

2. Parabens.Found in body care products such as deodorants, shampoos, lotions, and facial cleansers, the safety of parabens is controversial. Most of the concern is largely because they have been found in breast cancer tumors. Yet just because parabens are present in cancerous tissue does not mean they caused or contributed to the cancer. According to Cancer.org, "so far, studies have not shown any direct link between parabens and any health problems, including breast cancer."

However, it is noted that absorption of parabens could be a concern due to their hormonal properties. Parabens can mimic estrogen at an extremely weak level. Estrogen causes both healthy and cancerous cells to divide within the body, which accounts for its adverse role in breast cancer.

In one Danish study, parabens were also found in the urine of healthy male participants after lotions containing parabens were applied to their skin. This study determined that because parabens are absorbed, metabolized and excreted, they have the potential to cause internal harm even though they have not been solidly linked to any diseases at present.

3. Fragrances.Many products use the ambiguous label “fragrance” or “parfum” to show an undisclosed mixture of various chemicals, typically used to created pleasant scents. Diethyl phthalate and phthalates are often lumped into this category, and both have been linked to allergic reactions, endocrine disruption and organ damage.

Phthalates are of particular concern. These are chemicals that act as solvents and can be found in many cosmetics including deodorants, hair sprays, hair gels and nail polishes. Phthalates are also used as plastic softeners in products such as baby bottles and children’s toys, but are increasingly being eliminated due to disturbing research findings. A study conducted by the U.S. Centers for Disease Control and Prevention found that women between the ages of 20 and 40 years of age had 45 times more phthalates in their bodies than researchers had originally estimated. In another study performed by Shanna Swan of the University of Missouri, developmental abnormalities in male infants were linked to high amounts of phthalates in their mothers’ bodies.

4. Toluene. A chemical found in nail polish and hair dyes, toluene is often listed as benzene, methylbenzene, phenylmethane and toluol. EWG considers toluene to be one of the most toxic ingredients on the market. Research shows that an expectant mother's exposure to toluene vapors may cause developmental damage to the fetus. In other studies, toluene has been associated with immune system toxicity and possibly linked to blood cancer such as malignant lymphoma. However, the EPA has concluded that there is inadequate information to assess the carcinogenic potential of toluene.

The central nervous system is the primary target organ for toluene toxicity in both humans and animals for both short- and long-term exposure. Symptoms of toluene poisoning may include fatigue, sleepiness, headaches, and nausea.

5. Triclosan.Found in antibacterial soaps, deodorants and toothpastes, triclosan is an antibacterial agent. EWG classifies triclosan as a high-concern ingredient because several studies have proven that it causes endocrine disruption in low amounts.

Another concern surrounding triclosan is its ability to hinder muscle function. A study conducted at the University of California found that triclosan can impair muscle function in both humans and animals. Triclosan has been proven to penetrate the skin and enter the bloodstream, and has also been found in human breast milk at high levels.

Healthcare researchers have long claimed that use of triclosan can also create drug-resistant germs in the home, leaving individuals more imperiled by infectious disease than they would otherwise be. Now there's worry that the major antibacterial ingredient may be fouling up our water systems and introducing mutant germs into our environment. It's come under new scrutiny after a study revealed that the chemical can sabotage the efforts of helpful bacteria at wastewater treatment facilities. The study, which appears in the journal Environment Science & Technology says the antimicrobial can hinder the efforts of important sludge-processing microbes while promoting drug resistance in others.

The FDA says there's no evidence that triclosan in personal-care products provides any health benefit, other than its use as an anti-gingivitis and anti-plaque agent in some toothpastes. Because of the alarm created by recent scientific studies, the safety of triclosan is under review by the FDA.

The only toiletries regulated by the FDA are certain over-the-counter derivatives. The only chemicals that come with any restrictions are color additives. However, there are other organizations that assess the safety of beauty products and help consumers make informed decisions. You can refer to the EWG’s Skin Deep Databaseto research the toxicity of chemicals contained in a wide array of cosmetics.

Buying organic products will greatly reduce your exposure to toxins. The U.S. Department of Agriculture has a system in place for certifying and labeling organic beauty products. That said, consumers still have to do their homework. Here are some helpful tips for buying organic personal care items: